We Don’t Get to Sit This Out: An Interview with Ana Marie Cox

The political columnist and host of With Friends Like These on strengthening your beliefs, having uncomfortable conversations, and the power of listening. 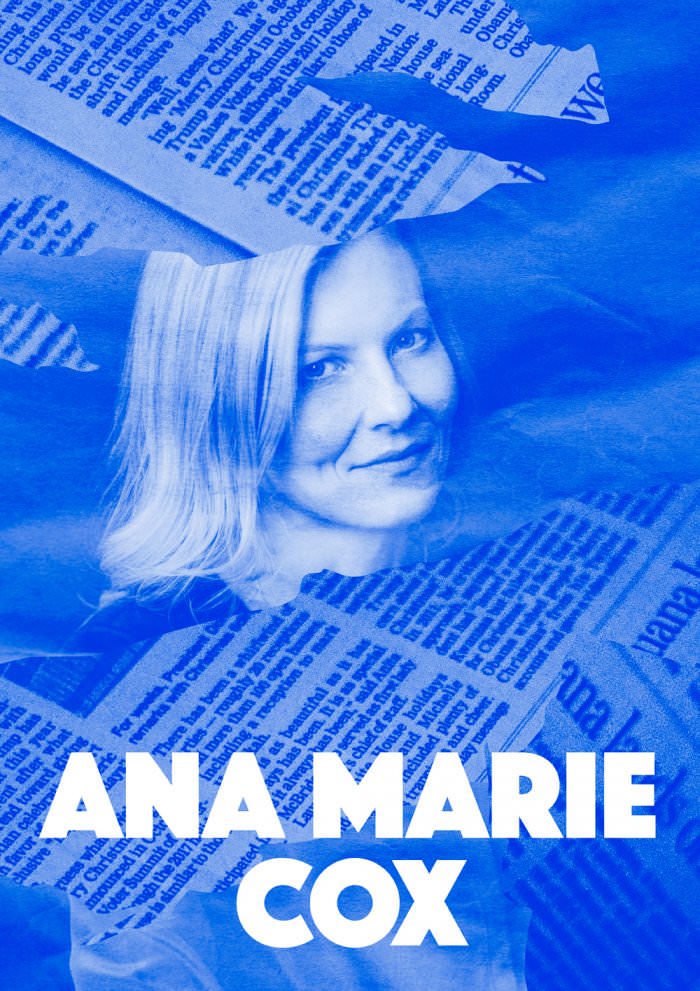 Ana Marie Cox has spent her long career as a political writer and cultural critic working for publications like The Daily Beast, MTV, GQ, and the blog Wonkette, where she served as founding editor. But today she’s most well-known as host of the Crooked Media podcast With Friends Like These, which its website succinctly describes as “a podcast about what divides us and what doesn’t.” While the 2016 election revealed deep political divisions in American society, Ana’s show goes beyond just talking to your token Trump supporter. Her show often tackles divisions less primed for media frenzy such as the effectiveness of Starbucks’ racial bias training and what happens when ideology becomes identity. Ana’s experience communicating across divisions is particularly useful in this age where the fractures within our society are increasingly stark–not just on the news, but also in people’s personal lives. In our wide-ranging conversation, we talked about how Ana first got involved in politics, ways to strengthen your political beliefs, and how to engage in difficult conversations that force you to confront others’ ignorance and your own.

SOPHIE HAYSSEN: How did you become interested in politics?
ANA MARIE COX: I don’t remember not being interested in politics. Both my parents were news junkies. Having the news on, talking about the news at dinner, talking about politics specifically was just always around. My family also really encouraged debate. It’s one of everyone’s favorite hobbies. I think that I just thought that’s what everyone did. Everyone had an opinion about politics and everyone talked about it and asked what other people’s opinions were.

Since politics was such a big part of your upbringing, did you always know that it would become a part of your professional career?
I actually for a long time thought I might be a professor because that’s also what my family does. But then when I got interested in writing–actually my first love was writing about music and popular culture, and I did that for a while. I got into politics because my writing about popular culture was increasingly also about politics. So it was just always there, but I don’t think I made it very intentional. I still am somewhat surprised that this is what I do for a living.

As someone who has covered politics for a number of years, how did the 2016 election change the way you think about America and American politics?
It has been one of the most profound reshapings of my thinking in my life I would say. Also in terms of how fast I had to rethink America. I was thinking about the Obama election, and that was a huge rethinking too, but by the time he won it was pretty clear he was going to win. I covered the McCain campaign and they were not going to win. We all knew it when election day came along and there was sort of a narrative in place to make sense of Obama as the first black president. He helped create the narrative that we are a nation that believes in hope and change. It was an uplifting narrative, which is actually a pretty familiar narrative in America, and Trump’s election surprised me. I’ll be honest: I did not predict it. I had more of an idea than some people that it was still possible. But I thought she’d carry the midwest. I’m ashamed to say how surprised I was by the level of racism and sexism in the country. The biggest impact of the election was the realization that we had not progressed nearly as much as we give ourselves credit for. Or, I should say, as white, privileged Americans had given ourselves credit for. But when I talked to my friends who are people of color or otherwise marginalized, they had a different idea of how far we had to go.

On your podcast, you’ve spoken often about being a Christian. Do you feel like your faith has helped you grapple with or process the aftermath of the 2016 election and the state of the world right now?
Yes it has. I thought Clinton would win because I had a great amount of faith in America. I thought America was going to do the right thing because we’re basically a good country with decent people and the right outcome would happen because of the rightness of the country. When that didn’t happen, I thought a lot about what this meant for so many people and the tragedy that might happen. I don’t think of God as someone who prevents bad things from happening. But the scale of the Trump election was pretty broad, and it made me question not God’s existence, but God’s plan. A friend of mine pointed out that before the election I had faith in America and now I was going to have to put faith in God. Maybe I don’t know what the plan is. Maybe there is a reason that this is happening. I heard once that God will do for you what you cannot do for yourself, but God won’t do for you what you can do for yourself. And I feel like that’s the challenge facing Americans who don’t like the direction Trump is going, that we have to figure out what we can do. We don’t get to sit this out. In the vision of America that was Hillary Clinton winning and this upward trend in progress, we didn’t have to do very much–those of us who were privileged. We just got to kind of enjoy the fact that things were getting better. It has been made clear that, if you have a conscience, that’s no longer a choice.