Move Toward Feeling: An Interview with Mattilda Bernstein Sycamore

The author on her new novel, Sketchtasy, healing, and her writing process. 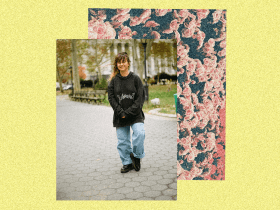 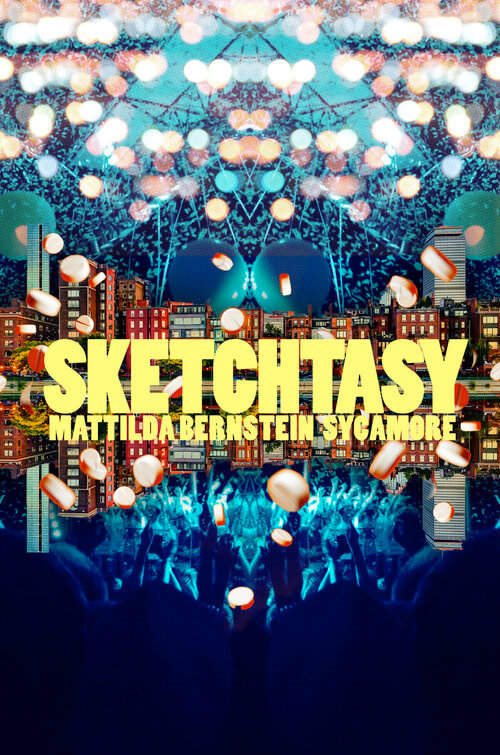 When the writer and editor Mattilda Bernstein Sycamore does a public reading, she reads in a reedy tone and lets her words swirl around the audience. She dresses in bright colors, her style complementing the glittering tones of her work. Her first edited anthologies were Tricks and Treats: Sex Workers Write About Their Clients, Dangerous Families: Queer Writing on Surviving, and That’s Revolting!: Queer Strategies for Resisting Assimilation. Somewhere in the middle of those, she wrote her first novel, Pulling Taffy. When I came of age in the mid-2000s, her 2006 anthology Nobody Passes littered the bookshelves of my friends and boyfriends. I read a 2012 anthology she helmed, Why Are Faggots So Afraid of Faggots?, a work that posed questions to the fragile, often misogynist masculinities of the mainstream “white picket fence” factions of cis gay movements. The next year, I saw her read from her then-debuting memoir, The End of San Francisco, a book that chronicled the queer scene in SF in the 90s before gentrification truly took hold of the city. I spoke to Mattilda by email about her new book, Sketchtasy. The novel follows Alexa, a young trans woman as she does sex work on the streets of Boston in the 90s, does a lot of drugs–and I mean a lot, processes childhood sexual abuse suffered at the hands of her father, and tries to find her place in the world. It is a tough read but a shimmering and perhaps crucial one.

Mattilda reads in 2013 from her memoir The End of San Francisco.

ANNIE MOK: Mattilda, you’ve edited a number of anthologies and now written a memoir and several novels. With such a multiplicity of approaches, what thought process goes into deciding what literary form an idea or a question will take? What do you get from each of these three formats that you may not get from the others?
MATTILDA BERNSTEIN SYCAMORE: My anthologies are usually direct political interventions where I’m able to fuse my skills as a writer, editor, and organizer in order to put together a range of voices to address a particular question or lack or quandary. So there’s a conversation between people on a variety of subjects that all interrelate in some way, and so, while I could have written my own books along the themes of Why Are Faggots So Afraid of Faggots? or That’s Revolting! or Nobody Passes, I think they are stronger political interventions with a multiplicity of perspectives.

With my memoir, The End of San Francisco, I really found myself circling around my own moments of formation, and their undoing—the way that I kept believing in this dream of a radical queer community that kept letting me down, over and over, and yet I still believed. In a way, the book is an exorcism, and I wasn’t sure whether it would be a novel or memoir, but I was drawn to moving toward vulnerability, as if vulnerability would save me, and it felt more vulnerable as nonfiction.

With my novels, I don’t start with a particular idea in mind, I just write. Everything comes through the voice of the narrator, I edit out anything that gets in the way. I think we’re taught to think of a novel as following a particular kind of plot structure, and so I always want to resist this, in order to move toward feeling. So when I started writing Sketchtasy I was at first drawing from my own experiences of living in Boston in 1995, when the book takes place, but what happened pretty quickly was that the trauma came through—the trauma of living in a city rabidly afraid of difference, of living in a gay culture that mimics all the worst aspects of straight hypocrisy, and the trauma of growing up with AIDS suffusing your desires, and no way to imagine a way out. And while my politics are always in my novels, there’s more freedom to show a range of experiences and contradictions that wouldn’t be possible in a conventionally-structured essay or traditionally-structured novel, which is why, when I wrote The End of San Francisco, which is nonfiction, I wanted to use the tools of experimental fiction to undo the structure of narrative, even as I was creating it. This is the kind of writing I really enjoy the most.

You seem to put out an impressive amount of work at a regularly steady clip. What is your day-to-day routine like, and how does work fit into it?
I try to write something every day, but by something I might mean a sentence. Due to endless chronic pain and exhaustion drama, I can rarely sit at the computer for long periods of time, but what I’ve learned in the past 20 years of dealing with fibromyalgia, chronic fatigue, and a whole wide range of debilitating health issues is that a little bit of writing can go a long way. So I don’t believe in that conventional narrative about sitting down for five hours in the morning, or whatever. That might work for some people, but it will probably never work for me. And honestly, if you just put down a sentence here and there, it really adds up. I’ve written way more since the chronic pain started than before.

In Sketchtasy, your protagonist Alexa consumes a lot of drugs—I’m certainly not one to judge on this topic, but in my mind at times she does perhaps too many drugs. She does, however, have boundaries around drug use—after a friend brings crystal meth into her house, she asks them not to do that again, saying she left San Francisco because of crystal. Your approach specifically seems to be not to romanticize her drug consumption (even though the drug use can at times feel romantic) or demonize them (even though drugs can, in my mind, sometimes be a demon). How do you conceptualize Alexa’s drug use?
For Alexa, and many of the characters in Sketchtasy, drugs are the way that community is formed. Alexa had a radical queer analysis, but she has no way to actualize this in her surroundings, and so she’s drawn to the pageantry of gay club culture, and this does offer an alternative to the 9 to 5 mentality, since she and her friends are generally sleeping when the conventional world is awake, unless they are still up from the night before. Getting dressed up and going out and turning it out are the ways they escape the violence of straight and gay normalcy, but obviously any community entirely bonded by drugs has its limitations, right? Drugs are a means to escape, but of course this escape is always temporary, and then there’s the crash. Ecstasy becomes Sketchtasy, and that’s what this book is about.