I Had to Tell My Story: An Interview with Sandi Tan

The creator and director of the new documentary Shirkers on loss, growing up in Singapore, and the 26-year journey that led to the film’s release. 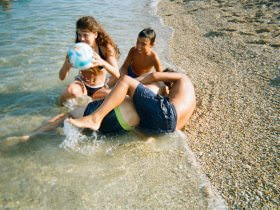 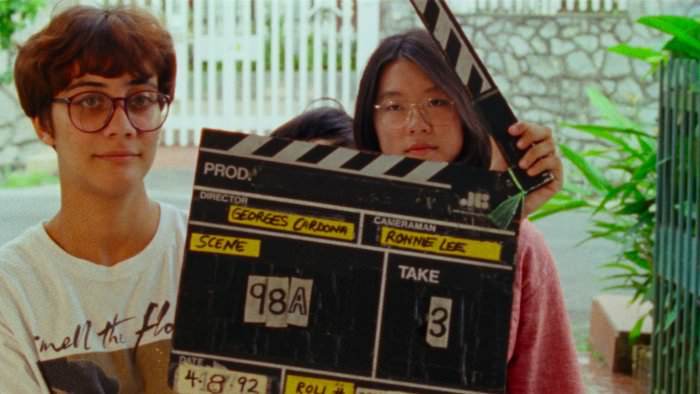 Sandi Tan’s Shirkers just premiered on Netflix and it’s without a doubt one of the best movies of the year. Shirkers was the name of a film she initially made in a Singapore long gone, twenty-something years ago with a group of close friends and her mentor, a man named Georges Cardona. However, when he runs off with the film reels, there were decades spent in the dark about its fate.

Tan’s ability to weave together the narrative of her coming of age, the making of the film, and subsequently tracking it down tells a compelling story that’s bound to make you laugh, cry, and get a little angry. I had to know about the undertaking of both the original Shirkers (surely no easy feat and made by a bunch of brilliant teenage girls!) and the subsequent documentary Shirkers which initially premiered at Sundance, where it won the World Cinema Documentary Directing Award. Sandi and I talked about finding your people before the internet, having your best friend also be your nemesis, and whether or not you should go to film school.

TAYLER MONTAGUE: I want to know about the process of making a film like this! When did it occur to you that it should be made and what were your first steps?
SANDI TAN: The reels returned to me in 2011/2012 and sat in my living room for about three years before I could think about opening up the boxes–there were like seven boxes in all containing the reels. I knew as soon as I opened them they would lead me down some kind of dark rabbit hole from which I may never emerge because I knew I would be obsessed and I would be a detective trying to solve the biggest jigsaw puzzle that was my life with all these things. It was 2015 before I opened up these boxes and took the film to be digitized at a lab in LA so I could actually look at them. I worked with a colorist who worked on the Douglas Sirk Criterion blu-rays so he had a high standard for what looked cool. We sat next to each other looking through this footage and his jaw was dropping and he was like, “What! You shot this when you were a kid in Singapore like 20 years ago?!” He was just amazed by the footage. That was the first time I thought, this is a complete stranger who has nothing to do with the story who is kind of amazed by the way this looks and who thought that this was a major story. I was really fearful about looking at the footage because I didn’t want to confront my teenage self giving a horrible performance wearing that gawky outfit but then I realized watching it that it wasn’t about me. It was about that amazing dog, the woman who played the nurse, the amazing production design, the fact that we pulled this off as kids. Shooting on the streets of Singapore, 100 different locations, 100 different extras! This is an undertaking that was bizarrely ambitious. I definitely had to make it into a film. I didn’t know what form it would take–I didn’t want it to be a story that would have me front and center, I wanted it to be about everybody else.

I met Iris Ng, the director of photography who had shot Stories We Tell for Sarah Polley. We talked about what I was working on and I didn’t think I could afford her or that she’d be interested and she said, “This sounds amazing, let’s just go shoot some interviews.” We went to Singapore and shot the first set of interviews and she came with me to talk to Jasmine who’s a prime figure in this. Jasmine just let go as if Iris wasn’t there. She was herself and that was an amazing interview. She is an animal in her native habitat and we had caught her precisely in the wild. I had to put together a development reel and for this I got hold of Enat Sidi who edited The Wolfpack. She saw my archive of letters and journals and pictures and all this stuff and read some of them. She was the one who told me this film had to be about me and I had to tell my story. She forced me to confront that and bugged me about it for weeks, to be brave about it. I realized she was right after a while. So, I dug into my archive and just marinated in my teenage mania. Sitting with my own stuff and listening to the kind of music I was listening to then. Looking at all the stuff I was doing back then and remembering how rabid and greedy I was to eat up the world and make stuff. If you’re in a place that’s as restrictive as Singapore and surrounded by people who did not have your interests and you felt completely alone and isolated, you had to make your own fun. You had to live in your head. If you didn’t do that, you’d go crazy. I was a different person in my journals than I was in photos–I was this very classic boring teenage zombie on the outside but on the inside I was just roiling with all sorts of ideas and crazy energy. Shirkers was the thing that I threw myself into as something that could capture all the things I was obsessed with at the time. In Singapore you have to create your own tribe–this was pre-internet, so you had to physically find the people you want and hold them close to you. That was the whole process of remembering what it was like when I was making Shirkers. Remembering what I was like before I could tackle the movie.

This theme of physically finding people seems to be a theme throughout your work and life, even as an adult. Can you speak to the process of finding Jasmine and Sophie? Both as teenagers and then later when it was time to makeShirkers?
When Jasmine, Sophie, and I went to the premiere at Sundance, it was the first time we’d all been in the same place together–the three of us–in twenty years. Jasmine was in my school–she was kind of a frenemy since we were six. We were part of separate cliques: She was part of the more serious and intellectual group of girls and I was crazier. We didn’t really become best friends until we were fourteen and bonded through music and movies. We found ourselves being complete outliers in our schools–it was very conservative. We found ourselves harassing people at the Singapore Film Society to let us into movies for free and people who made this underground rock zine Big-O. We befriended them and were the only girls there because it was a boys club. We became best friends and then Jasmine and I went to this high school, Victoria Junior College in Singapore, that had specialized theater studies and drama programs. We went and did Georges’ night class in filmmaking between high school and college. The way the school system worked in Singapore, we had seven or eight months between high school and college. So we went to this class and met Sophie there. Sophie is the nicest person in the world as I say in the film; I just didn’t know how she was going to fit in and work with us. She was the one who basically was the hero of Shirkers the film. She kind of held everything together.

The three of us were completely broken by the time Georges had vanished with the film. It was also slightly embarrassing and shameful because we felt like we allowed ourselves to be duped on some level. And yet, we had gone through this amazing experience–we made a film that nobody else had done in a way that nobody else had done. It was a huge undertaking and achievement but we had no proof. The three of us were bonded by a strange kind of silence. We were keepers of a mutual secret. Every time we met it was like, this thing is alive again. Contacting them again when I got the film back was a difficult thing. I was very afraid to reach out to them and they were hesitant to completely agree. The thing about Shirkers is that it’s a toxic gift in a way for the three of us and I had to capture them talking about it as if it was alive, as if there’s this ghost that’s in the room with us. We had to make sure we captured that spirit.