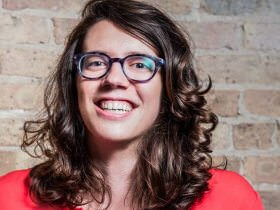 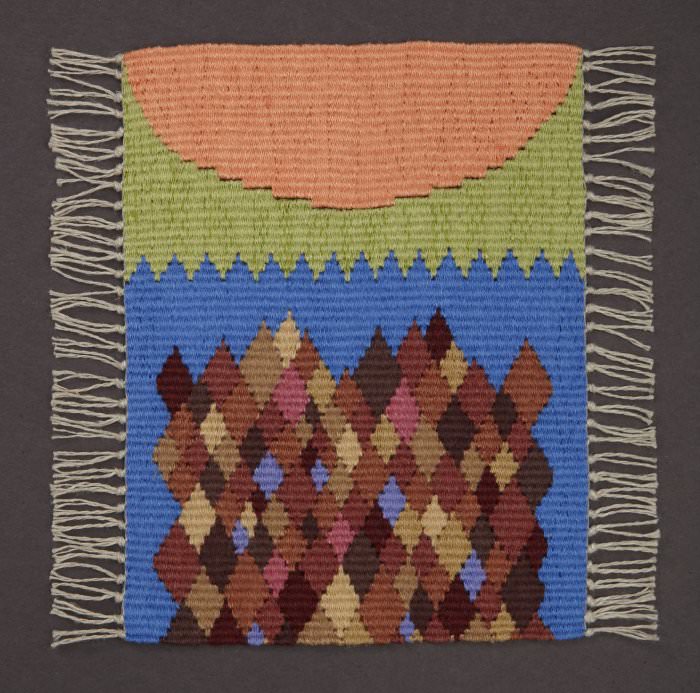 I have spent the last few days reading and thinking about the lives of those who were killed at the Tree of Life Synagogue in Pittsburgh last weekend: Joyce Fienberg, Richard Gottfried, Rose Mallinger, Jerry Rabinowitz, Cecil Rosenthal, David Rosenthal, Bernice Simon, Sylvan Simon, Daniel Stein, Melvin Wax, and Irving Younger. About Vickie Lee Jones and Maurice Stallard, who were murdered in a supermarket by a white man who first tried to enter a predominantly African American church. About the synagogue I grew up going to, the people I saw there every week, and my family. I thought about all the times my mom has led a Shabbat service there, subbing in for the cantor, in the prayer shawl she made for herself, in the same fabric she used to make mine and those of my sisters.

My mom was born and raised in Norway. Her family was not religious—there, one is sort of born into the Lutheran state church, but she quit when she was 14 years old. She took up weaving as a child, and discovered she was an artist at the age of 21, when she read the Chaim Potok novel My Name is Asher Lev and saw herself in its protagonist. (She writes much more beautifully about her life here.) In 1985, she moved to the U.S. to start a family with my Jewish dad. He had attended an Orthodox synagogue as a child, but practiced Reform Judaism as an adult, and didn’t ask or expect my mom to convert. Still, the more my mom learned about Judaism, the more she felt at home in the U.S. and the world. She began taking adult education classes at our synagogue, studying the Torah, learning Biblical Hebrew, analyzing prayers, and singing in a Yiddish song group. When I was four years old, she converted to Judaism. My sisters and I all went to Hebrew school and had B’not Mitzvah. We did Shabbat at home every Friday night. My mom ran our temple’s Adult Hebrew program, and now gives private lessons in Hebrew and Torah cantillation to adults and kids. She is our temple’s cantorial assistant, occasionally subbing for the cantor in teaching and leading services.

My mom’s family supported her identification with Judaism, but she encountered anti-Semitism elsewhere. One of my earliest memories is of visiting one of her childhood friends one summer in Norway, around the time of her conversion. The memory is vague, but I know that I was playing in apple trees with other little kids one minute, and leaving their house the next. I know that their friendship ended, and at the time, I had a sense that it had to do with her converting. Now I know, or am just beginning to fully appreciate, what my mom went through to uncover a piece of herself that had always been there and missing at once. My mom wondered why the well-known Norwegian tolerance was not extended to the small community of around 1,500 Jews who were living there at the time. Personal, verbal attacks frequently took place. That kind of intolerance felt worlds apart from our community back in Oak Park.

As I process the events of last weekend, it is difficult to think that this feeling I call fear could even share a name with the kind of fear that drives hate. That thinks it is more important than another human’s life. That relies on the belief in something that does not even exist: religious, cultural, and racial purity. Challenge the myth of whiteness and you trigger a spiritual crisis in those who cannot derive, or are not interesting in deriving, a fuller sense of self from anywhere else—who maybe fear themselves most of all. The president called the Tree of Life shooting “unimaginable,” but this act of violence bloomed in the racist, xenophobic, anti-Semitic, Islamophobic imagination that he has encouraged. It is a place where one can invent enemies out of innocent people. Where history is rewritten and phobia-driven rhetoric is repackaged as truth-telling. Where mass shootings and hate crimes are not only plausible, but common. This place is an illusion, but it is not unimaginable at all.

Trying to locate a response to tragedy and coming up empty is scary. I’m not talking about writing, but the blankness inside. It comes from hearing “heartbreaking” too many times and thinking nothing but this is awful. The blankness has become more immediate, and so I worry I am becoming desensitized. The words that are there are just horror’s placeholders, used so often that they must be losing power, and what if I am then slowly, somehow, finding horror more acceptable? In a roundabout way, this can be better described with something my mom said in an interview about her relationship to the Yiddish language: “As an immigrant, I can relate to the despair of seeing a culture dying when the language wilts. Cultural and emotional loss through losing a language is an experience most immigrants can relate to. It is so dramatic, yet there is so little drama around it—just a numbness, whether it is individual or collective.”

My mom has taught herself nine languages over the course of her life, so she has words in abundance. Still, she finds herself drawn to the act of translating the Hebrew texts that have persisted throughout time to yet another language she’s mastered: that of colors, shapes, and textures. Over the last ten years, she has woven around 500 small-scale tapestries as part of her project called “Woof & D’rash – Weaving a Thousand Jewish Tapestries.” They are abstract interpretations of Hebrew prayers and psalms, Yiddish sayings, Jewish traditions, and questions for God. In one series, she color-coded the Scriptures. In another, she interpreted a melody composed and chanted to her by Cantor David Brandhandler. He was also from Norway, 100 years old at the time that they met, and my mom felt that this meeting brought her journey full circle. The level of detail and precision in my mom’s tapestries is astounding; some of them make me believe I’m seeing new colors for the first time. She will spend the next ten years weaving the remaining 500. When I wake up in my apartment in New York, I like knowing that she has been up since dawn at our house outside Chicago, working on the next one.

I asked my mom if she would read this letter, and tell me which tapestries of hers I could share with it; if anything from her visual language, based on Hebrew text and language, came to mind. She told me on the phone, “What has struck me when I listen to people in the interviews is they speak in the spirit of the Prophets; they don’t speak of revenge, but of love and reaching out and being bigger than the situation.” She wanted to share her series inspired by the Book of Prophets, and a tapestry that captures her experience of reciting Kaddish, the Jewish prayer recited by mourners, which speaks not of fear or horror, but of our hope for a better world. 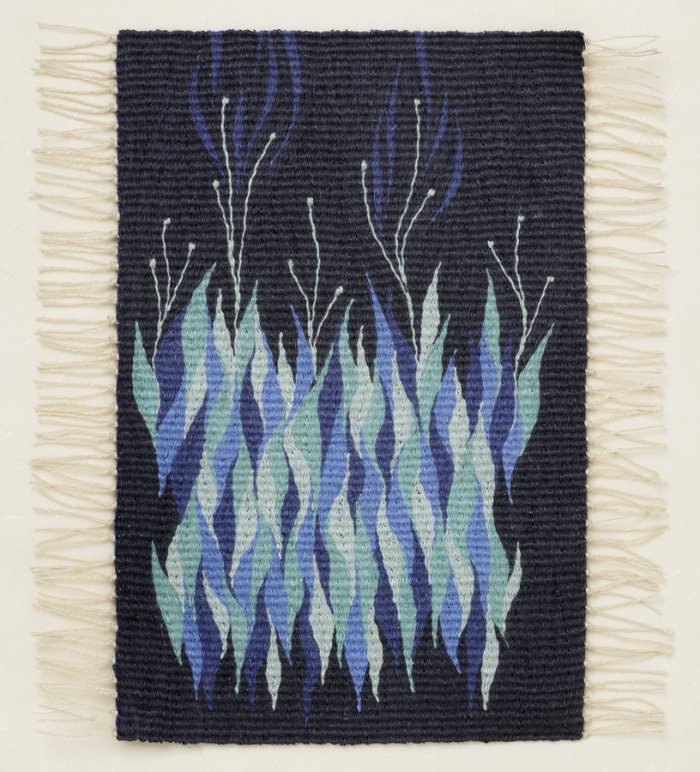 Rookie’s theme this month is Evolution: about family, finding your sense of self in unexpected places, and forward motion. Please learn about sending us your reflections—in languages written and visual—at our Submit page. Thank you for reading, and for being here.