Be Your Own Boss: Sabrina De Sousa and Alissa Wagner

An interview with the owners of the restaurant Dimes. 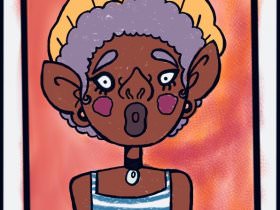 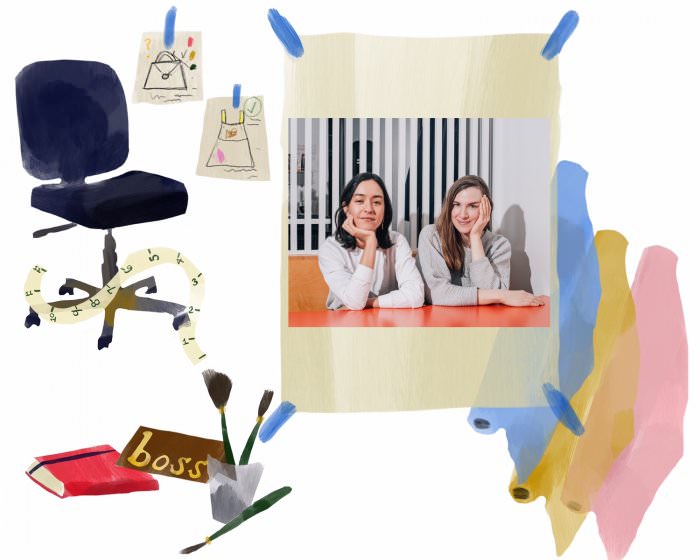 Illustration by Allyssa Yohana, using a photo by Cole Wilson.

Sabrina De Sousa and Alissa Wagner are the founders of Dimes, a restaurant based in New York City. After years of working in the food service industry, the two New Jersey natives got together to open a space where people from the community could sit down and have a fresh and simple meal. They first opened their restaurant Dimes in Manhattan’s Chinatown neighborhood in 2013, but quickly outgrew the space. In 2015 when a location across the street opened up, they expanded into that, converted the old space into a deli, and opened up a marketplace next door. They along with a third business partner run the three locations, which includes overseeing the market, operating their catering business, and running the deli and the restaurant. We spoke about Dimes reaching its five year mark, the organic growth of the brand, and the importance of listening to the neighborhood.

SHRIYA SAMAVAI: What were you like in high school? Did you have any internships or jobs?
ALISSA WAGNER: I was a total weirdo! I was super into music and art. I always wanted to be a painter, from when I was a little kid. In terms of food, I was not one of those high school prodigy foodie kids. I just ate what was around. I was a grill cook at a bagel shop–that was one of my first jobs. It’s funny, it was a shadow of things to come in a way. I used to come into the city all the time to go to shows. When I was a little older, I would borrow my friends’ 18 year old IDs and come to clubs and we’d go dancing!

SABRINA DE SOUSA: I had a pretty similar upbringing. I grew up in Newark, New Jersey. My parents moved here from Brazil and we lived in a community of Brazilians. I was a raver in high school! I spent most of my summers going to Brazil but other than that it was very New Jersey all the time. For college I studied English Language Arts at Hunter but I never finished.

Alissa: Between working at the bagel shop in high school and coffee shops in college, or in restaurants waiting tables, it was always my go-to job to work in food in some capacity. I went to school for painting and printmaking, and I worked in the art field in New York for awhile after college. I just realized I didn’t want to make money doing that. It wasn’t making me happy. So I went back to working in restaurants to make money, but I missed doing something creative. After working in restaurants for a really long time, I realized I had been growing a love of food and refining what my interests were. Then I realized I could make a career out of it. I could cook and scratch that creative itch and also give myself a real career in the food industry. I went to culinary school when I was 29. I went to the Natural Gourmet Institute in Chelsea, which is a hippie cooking school I call it, because they teach you all the alternative methods. They teach you how to cook for people with special dietary needs, you study Ayurvedic cooking, macrobiotic, that sort of stuff. But they also teach you the fine culinary techniques that you’d learn at other places. It was a year and I went part time for a few days a week. At that point I was approaching my 30s and I was like, What am I going to do with my life? I kind of knew I wanted my own business but I didn’t have a full idea yet of what I wanted that to look like. There was an intention of eventually doing my own thing one day, whether that was private cheffing or having a restaurant.

Sabrina: I also always worked in food. I worked in many restaurants in New York in the early 2000s. It was just a way to supplement travel for me. I really loved saving up all of this money, turbo-working, and then leaving for five months. Similar to Alissa, I was reaching 30, and I was like, What am I doing? I dabbled in many different things, but working in restaurants was always the inertia of trying to make it work out in New York. It was pretty much the one thing that I knew the best, how restaurants operate. I was just working in so many of them and that’s how the idea came to fruition.

How did you two meet and how did you come up with the idea for Dimes?
Alissa: We met at a restaurant! We were waiting tables at this place called Lovely Day. It was a very long time ago–I was 25 and Sabrina was 20. A few years later Sabrina was working on her own concept and I inserted myself!

Sabrina: We were traveling in Patagonia and we were talking a lot, painting a picture of a restaurant that should exist. When we came back, Alissa had a think over it and we had a conversation about what this could be.