Think Beyond Yourself: An Interview with June Eric-Udorie

The writer and activist on her new anthology, Can We All Be Feminists? 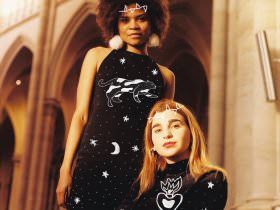 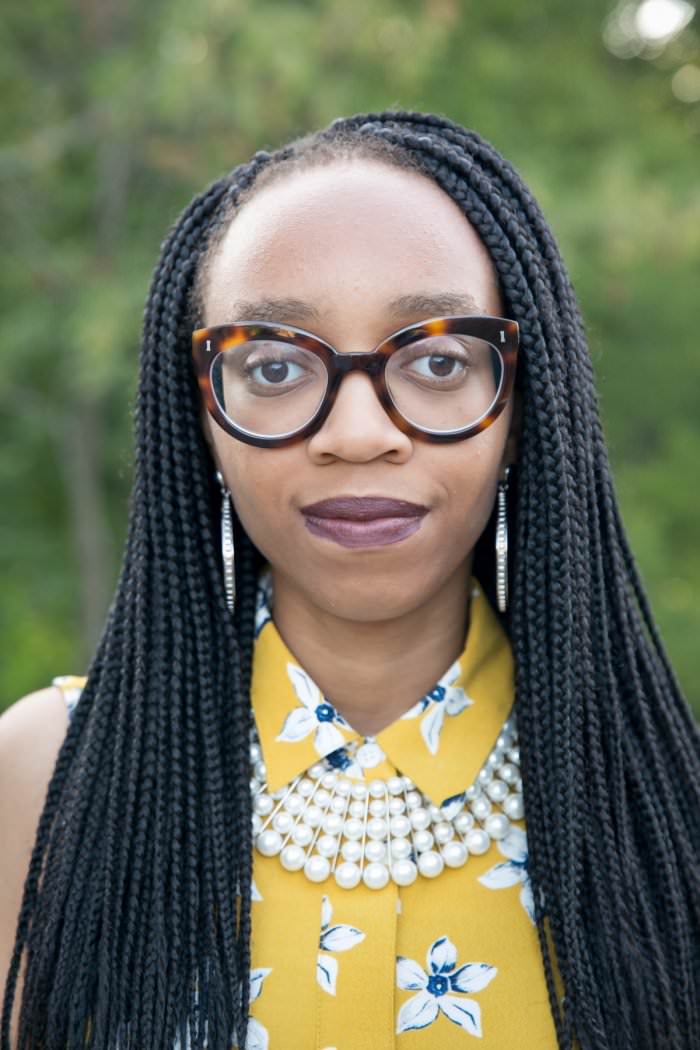 June Eric-Udorie is a 19-year-old feminist writer. Last year, June was named Elle UK’s Activist of the Year for her work on getting feminism to be added to the A-Level curriculum in the UK, campaigning to end female genital mutilation and child marriage, and raising money for hundreds of low income girls of color. June began to write about these issues for publications like BBC, The Guardian, and right here on Rookie! I got the opportunity to speak with her about Can We All Be Feminists?, a new anthology on intersectional feminism edited by June with contributions from writers and activists like Gabrielle Bellot, Afua Hirsch, and Zoé Samudzi. You can pick up Can We All Be Feminists? in stores and online today.

UGOCHI EGONU: How did this project get started?
JUNE ERIC-UDORIE: Back in 2016, Virago, the UK publishers, asked me if I wanted to do a book on teen feminism. I was 17 at the time and I remember being like, “No. I’m not interested in what teenagers have to say about feminism.” It’s not like I don’t care about teenage voices, but that market was kind of saturated. There were so many teen sites like Teen Vogue and Rookie, so I understand why they wanted that, but it wasn’t the kind of project that I wanted. When I found my agent, this publisher reached out to me and was like, “Hey, we’re interested in having you do a book about feminism, but we’re kind of interested in the voices that you don’t hear.” This was when we were hearing more talk around intersectionality and feminist voices other than white women. That all happened around June, so by September we had the idea that we wanted to do a book of marginalized voices. We wanted to have people who identify as women and nonbinary people write about what it’s like for them to be feminists, how they feel about the term, if they think it applies to them. The people I had on board seemed really excited, and by December we had a press release. The editor in the U.S. saw the press release and said she was interested in the project. In terms of my agent, it ended up being very little work for her [laughs].

The collection is very diverse, both identity-wise and geographically. How did you go about finding these voices and signing them on to this project?
That actually took a very long time–way longer than we expected. I didn’t just want to tick off boxes by having one black woman, one trans woman, one disabled woman, and so on. I wanted to have real diversity, so I wanted my writers to be living at many intersections, we had women who were fat and female or disabled and queer. I’m very against tokenism.

A lot of my editors wanted me to find established voices. They were like, “Let’s get Roxane Gay involved, let’s get Padma Lakshmi involved, let’s get all the people that you hear from the most!” I was like, “That’s not my vision for this book, at all. I’m interested in people that you do not know, people that don’t have 20K followers on Twitter, people who have not written books. It was very important to me to have the people that feminism isn’t interested in. Feminism is interested in people who have a platform, who write articles and have podcasts; it’s not interested in authentic voices who are really living at the margins. What’s the point if we just do what every other book is doing? That’s not interesting!

As cheesy as it sounds, this book really did help me check my privilege. Usually I want to get all Malcolm X and say, “the most disrespected person in America is the black woman,” which is true, but this book helped me realize that there are a lot of identities out there whose issues don’t get discussed. Do you have any suggestions for young people like myself who want to learn more about the women whose stories aren’t being discussed?
Well obviously my first suggestion is to read the book, because that’s exactly what we were trying to do: get new, broad voices. I personally learned so much just from the process of putting it together. For example, when discussing abortion rights, people often bring up disabled fetuses as justification for aborting fetuses. One of the writers, Frances Ryan , is a disabled woman who brought up how ableist this line of thinking is in her essay “No Disabled Access.” As a disabled woman myself, I had never even thought about that because my disability does not immobilize me in the same way that it might immobilize someone in a wheelchair. I think it’s just about looking outside of your comfort zone for learning. There are so many intersectional texts, beyond Sister Outsider, beyond Women, Race, & Class and all the big texts that we’re told to read. There is also a suggestions for further reading list at the back of the book!

One of the ways that I failed in this book is the absence of native voices, so I think it’s fair to recognize that there are limitations to the work itself. You cannot just read the book and think that you have now covered all aspects of feminism, because you haven’t. So I would also say that as well as looking for outside voices, I would look for spaces that you might not necessarily orient. I might look for spaces that are for black women because that’s how I identify, but in order to learn more, I might look outside of those spaces–not to take up or be in them, but find ways to contribute.

One of the big things that I say in the introduction of the book is to always think about who is not there. Think about who isn’t represented: Do they want to be here? If not, why? Think about how we can bring them into the room and make them feel comfortable there. I think one of the best ways to practice empathy is just to think beyond yourself. I might feel safe because I’m around all black woman, but are there any disabled black women in the room? Are they all heterosexual? Do they all have money and go to an elite university? Why is it that I’m comfortable in a space like that, and why is it that that’s a problem?