My favorite movies about change.

In one way or another, every single movie ever made tells the story of someone’s transformation. In fact, there would be no plot progression–hardly any story at all–without these changes, however great or small, in the same way our own lives would stagnate if we stopped learning. When we change, we either lose a part of ourselves or we gain something new (an idea or a way of seeing things, for example). It’s an intricate balance of pluses and minuses, always. With every loss comes a gain and inherent in every gain is a loss; we can not become wiser without shedding some of our innocence or happier without relinquishing some of our sorrows. The following is a list of films in which the main characters undergo some sort of meaningful transformation, be it physical, mental or emotional. A part of them is changed forever. ♦ 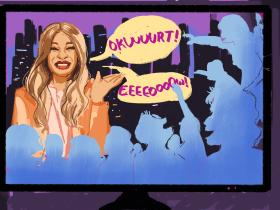 Cardi B and the White Gaze on Black Women