Climbing Out of the Darkness

Rebirth is a long, winding process. 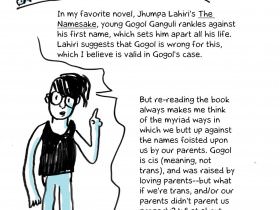 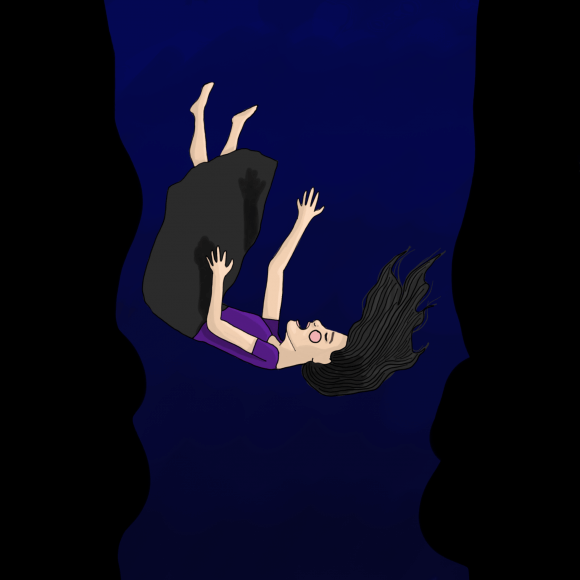 At the end of my junior year of high school, I had my life perfectly planned out:
1. I would graduate a semester early and move out of state with one of my best friends, escaping the toxic environment of my hometown and getting a head start on Real Adult Life with a half-gap year before I started college.
2. I knew exactly which college I would go to as well. A tiny Midwestern liberal arts school that was a haven for radical politics and punk bands. I would apply early decision and get in easily due to my straight-As and high test scores.
3. At this school, where you could pretty much build your own major, I would combine women’s studies with sociology and social work. Since the school encouraged you to travel to a new place and do an internship every other semester, I would make job connections and figure out where I wanted to live–after grad school of course.
4. By 21, I would be well on my way to working as a social worker who supported domestic violence survivors. I’d be an activist. I’d be a happy, functional adult–all of the painful experiences from my youth in the rearview–and I’d be far away from my hometown.

Step one and two went according to plan, but then I crashed and burned. During that half-gap year, I met a guy. An older guy with a drinking problem that I glamorized and another girlfriend who I didn’t know about. I tried to tell myself that it was just a fling, just fun, just part of the adventure, but I’d fallen for him hard. So hard that even after I found out about his other girlfriend, I still wanted to be with him. So hard that our drama-and-booze fueled relationship distracted me from everything. So hard that I lost myself completely.

It wasn’t just him, though. When I got to that perfect college, I realized that it wasn’t perfect anymore–at least not for me. Somehow I was a completely different person than I had been when I’d first visited the school a year and a half earlier. My outward changes were striking–I’d gone from a bleach-blonde punk to a goth with jet black hair. This was reflective of how I’d changed inside. That blonde punk had been angry, but she believed she could channel that into revolution–she was hopeful. The goth was bitter. Punk had failed her. Her parents were getting divorced. She was still reeling from an abusive relationship in high school and now was caught up in this new unhealthy romance. The future seemed bleak and pointless.

I dropped out of college after a year. I only stayed that long because of my dad’s insistence and my mom’s pleading. Since I knew I was quitting, I barely went to class and drank and did drugs all the time. I’d been an overachiever my entire life. Dropping out of college was not me. Deep down, I hated myself for it. The drugs and alcohol and self-destructive behavior were partially my way of beating myself up, partially my way of numbing myself to disappointment, and partially a release–a big nihilist fuck-you to the perfectionist I’d always been. If I was going to fail, I was going to do it spectacularly. I was going to light my big life plan on fire and dance in the flames.

I spent three years in self-destruction mode. I pushed away my very best friends. My creativity–the thing that had carried me through every other difficult phase of life–dried up. I spent all my money and racked up debt. There were near overdoses, near arrests, suicide attempts, violent fights with my boyfriend (yeah, that guy with the other girlfriend). I drove drunk. I blacked out and woke up in/near/tasting my own vomit more times than I can count. I also made countless promises to myself and others that I would stop. I would get better. That this was it–rock bottom. But what I realize now is that “rock bottom” is no more a real thing than the “perfect life plan.” I had fallen down a dark hole and I would hit a rocky surface and think it was the bottom, but really it was a ledge. I’d hang out on that ledge and look up, trying to summon the strength to climb. Then the ledge would crumble or I’d roll off of it and find myself free-falling through darkness again. I can see now that my dark hole was bottomless. I would have kept falling until one of those rocky ledges killed me if I hadn’t finally managed to begin my climb.

At 21, I was back in my hometown, living in my mom’s house with my boyfriend (yeah, still that guy, though I was finally his only girlfriend), starting over again at a new college with a new purpose: getting my creative writing degree. I was still deeply ashamed of myself, though, and focused on all of the ways my current reality had fallen short of my original plan. I felt like once my vision cleared and I’d made the decision to get out of the hole, I should be able to blink and be on top again–that it should be as simple as waking from a bad dream. Instead, I spent years climbing. My hands were bloody and raw. My whole body was sore and bruised. I slipped sometimes and fell backward, especially toward the beginning. I’d wake up with a throbbing headache, find myself back on a ledge, and have to summon the strength to keep going all over again. I also insisted on carrying that boyfriend with me for a while, even though I knew he was dead weight. Even though he was the main reason I kept sliding back down. It took me a long time to loosen my grip and ultimately let go, forcing him to choose to support his own weight and climb or to fall. He chose to fall. My climb got much easier without him.

When I finally emerged from the darkness, the landscape was different than I expected. I hadn’t arrived magically smack in the middle of the life I’d planned for myself before I’d fallen. It had grown and changed as I had while I was climbing. Even though I liked many things about this new landscape, I paced around the hole for a long time. I was still mad at myself for spending so much time in there and not being strong enough to climb out quickly. So mad that sometimes I wondered if I had deserved to get out and thought about throwing myself back in. Instead, I studied the hole and tried to understand it. I couldn’t do this alone. There were friends and therapists who gave me lanterns and candles so I could see it for what it was: a deep, dark, rocky place where I hadn’t had tools and had to make them.

I hadn’t had much light so I had to work with what I could see. I had felt alone and scared so I clung to the deadweight boyfriend for company, and even though I’d done it for longer than I liked, it had made me stronger. I had faced a long climb and while I hadn’t done it as quickly or gracefully as I wished I had, I found my footing, increased my stamina, and made it to the top. Finally, I can be proud of that. ♦