Cardi B and the White Gaze on Black Women

“To look at Cardi B as she is consumed and defined by a white gaze is to see normalcy othered.” 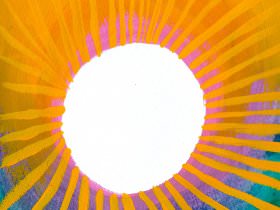 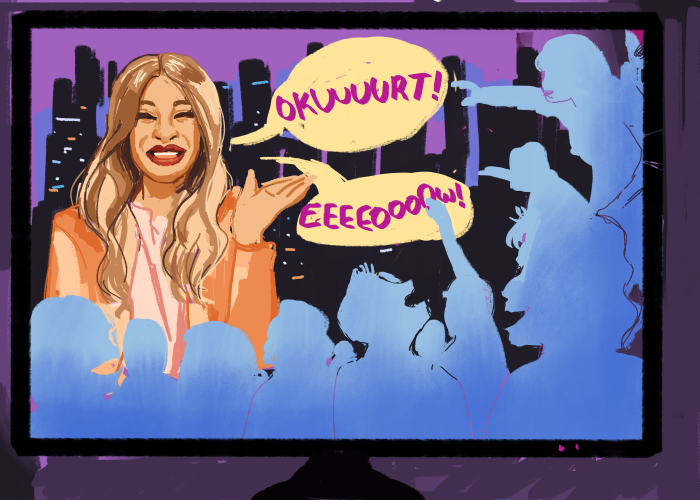 Cardi B is taking over the world, yet she continues to be represented as an odd and curious other for audiences to gawk at and be amused by. Her interview on The Tonight Show Starring Jimmy Fallon happened way back in April, but the discomfort it raised in me has intensified as America’s obsession with her has grown. This isn’t simply about Cardi B, but how the consumption of her by white audiences is a microcosm of the insidious ways black women are fixed and misconstrued by a white gaze.

To white liberals watching Jimmy Fallon, Cardi on Fallon’s couch could easily represent the expansion of the definition of the American Dream. She has talent, hustle, and grit, along with a growing audience of people who want her rags-to-riches story to confirm the belief that anyone can “make it.” This need to participate, via consumption, in the inclusivity and visibility of non-white people, can cloud one’s ability and desire to call into question the way this inclusivity is positioned. I watched the interview with apprehensive joy. I was excited to see Cardi getting her spotlight, but as the interview progressed, I found myself wishing for it to just be over. It reminded me of Lauren Michelle Jackson’s essay on Digital Blackface, with Cardi being gradually reduced to a way for white people to channel their “inner sassy black girl.” Using cue cards, Fallon prompted Cardi to translate catchphrases and words that she and—dare I say—millions of black women have been using for years, so that everyone else could understand the meaning. In other words, for white people.

It was funny in that discomfiting and patronizing way that anti-black things are funny when white people just want to “get it.” Cardi was game and she took part in the shtick, but a part of me couldn’t help but wonder what was going through her mind as white people in the audience yelled out “okurr” and “eeow,” trying to imitate her cadence and familiarity with words that are a regular part of her vernacular.

By now, Cardi B’s story is well-known: A stripper-turned-rapper who first became known for her biting wit, online presence, a stint on a reality show, and then rose to the top of the Billboard charts through no small amount of finesse. Fewer than five years after she first caught the public’s eye via Instagram, it’s hard to remember what the cultural landscape looked like without Cardi. She is everywhere, and with this level of mainstream exposure, it’s inevitable that a white lens will begin to distort the character and personality of someone whose race and music genre exist both as a minority and defining facet of pop culture. To look at Cardi B as she is consumed and defined by a white gaze is to see normalcy othered. Seeing her presented as a real life Urban Dictionary to the soundtrack of white laughter was a looking glass into the ways that white America finds amusement in black feminine identities. It circumvents its regular overt anti-blackness and policing of black feminine expression to embrace the wordplay, tone, and idiosyncrasies of women historically othered to the periphery; the same periphery and blackness which white people otherwise call the police on, boldly mock, or channel as their alter-ego. Loving Cardi B doesn’t exempt one from the very systems that discard women like Cardi, except when they are needed to serve as a marker of self-centered liberalism. Anti-blackness doesn’t have to be as explicit or proud as the kind endorsed by the White House in order to be harmful.

As a lighter-skinned black American of Dominican and Trinidadian descent, Cardi B, born Belcalis Marlenis Almanzar, is judged according to the racist misconceptions of not only black feminine bodies, but those of Latinx women, too. Black women are stereotyped as ratchet, illiterate, and perpetually overdramatic. The intersections of Latin American feminine misconceptions mean she’s also seen as fiery, exotic, and a more palatable representation of Afro-Latinas (as opposed to, say, darker-skinned women like Amara La Negra). Cardi has experienced a perverse disfiguration of character that black women know well, further complicated by the fact that she possesses physical features favored by the dominant Eurocentric standards of beauty. This intersection has made her both a victim and perpetrator of anti-black racism and misogynoir.

Cardi B has crossed over and so she will be consumed in a manner that upholds whiteness as the sole definer of what is authentic, what is intelligible, what is American. The warping white gaze on her is the same white gaze that has zeroed in on hip hop, which has, for the first time ever, become the most popular genre of music in the US. The spotlight is on, and the question is not whether black creators will weather the storm, but how much translating of their reality they will have to perform to prove their value. ♦