A video premiere, plus a chat about traditions, processing loss, and more. 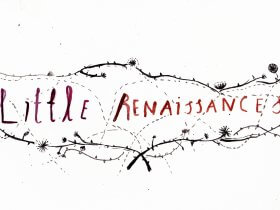 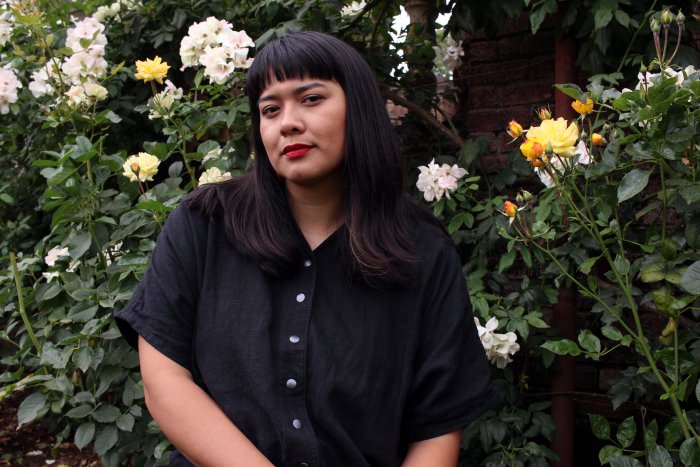 Black Belt Eagle Scout marks a new beginning for Portland musician Katherine Paul. After years of playing as a member of other bands, this project stands as her first solo foray, with her identity and perspective on full display. Set for release on September 14th, her debut album Mother of My Children is a reflection of grappling with various forms of loss and processing those emotions into the music that makes up the record. She plays every instrument on the album, creating an intimate atmosphere with stark guitar chords and a hush of percussion as a foundation for her voice. Having grown up singing at pow-wows, she got into grunge music as a teenager and now makes lo-fi rock and roll.

We met up in the middle of a rose garden on an overcast Sunday to chat about her new video that we’re premiering today. Under a veil of light rain, we sat on a bench and talked about the meaning behind her song “Indians Never Die,” striking out on her own musically, and her love for Rock ‘n’ Roll Camp for Girls.

NILINA MASON-CAMPBELL: In terms of “Indians Never Die,” can you take us back to when you wrote the song?
KATHERINE PAUL: It was the fall of 2016. All of the stuff with Standing Rock was happening. I couldn’t go, but I was part of a fundraiser that for supplies for the folks over there. But every day I’d wake up and there would be something in my Facebook feed, or via a news site, about the progress or lack-of, from the government’s side of things. It was really disheartening but also heartening because for the first time in awhile, since the American Indian Movement, there hasn’t been a big thing that has happened where people were coming together and supporting a cause that was Native and Indigenous led.

I grew up near the San Juan Islands, on Fidalgo Island. My ancestors’ land is up there; it’s really beautiful and we take care of it. We always try to do things to make sure the land is nourished, that we’re respecting it. That’s my background with Native people and my ancestors in particular. We always have to give something back.

So when I’m thinking about all the stuff happening in the world, and how I and a lot of other people were raised to protect where we’re from and to protect Mother Earth, I got this sense that my ancestors who passed down these customs to me–those customs will never die within our people. Indians never die. That statement isn’t that we live forever, but it’s the teachings and the customs our ancestors have passed down. Those will never die. I just wrote a song. It wasn’t trying to be a political statement, it was just how I was feeling. It ended up being a beautiful song, and it was something a lot of people liked.

It seems to me like that song is a record of time and a moment of transition. There were various losses you are processing on the album. Was that your intention going into it, or did songs just formulate into a theme, and you were just creating the music as you were processing these losses?
Yeah, I mean 2016 did really suck a lot. I was trying to process a lot of stuff that was happening in my life. I was playing guitar every day and night and just trying to figure out stuff that was happening. All the stuff with Standing Rock was happening and someone really important to me died. Also this relationship that I had with my partner for a long time was weirdly changing and I felt like I was losing her. I don’t know, there was a lot of loss and grief in a six month period of time. I had never had that before, never felt that before. I started playing music. I’ve always played music to process my feelings.

In terms of this project and the touring ahead, I know we’re talking about making music and it coming naturally, but have you thought about what it’s going to be like to be on the road so much with this album? Do you feel like it’s going to change for you?
I’m not in that same place emotionally. I’ve moved on and processed a lot of my feelings and I’m happy now. But I think it will be interesting. I’m not sure if everybody in one night is going to get it. I don’t think that when we play you can tell right away what all our songs are about. Maybe with “Indians Never Die” because I tend to say things about it.

I really like performing a lot. I’ve played music for a while, so I notice the difference between just being a regular person in the world and doing non-music stuff, and then when I get on stage I change the way I act. I like finding different ways of performing.

You’ve been in bands throughout the years. When I was reading about this album, that was the first time I was aware of you being Indigenous. Do you feel that you have been more forthright about your identity and background as we’ve come into this era?
Definitely with this project. This project itself is about me, about my identity. Other bands I’ve played in have been with other people and I haven’t been at the forefront of the songwriting, I’ve been more in a helping role. I wanted to do something, to create art and make music that was more meaningful. I don’t want to just play in rock bands. I want to create something that is beautiful and helps people.