Writer’s Block: Advice From the Other Side

Tales and tips from writers on their process. 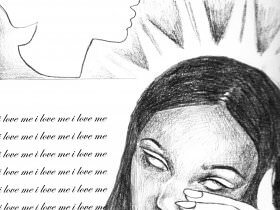 You’re Not a Garbage Person: And Other Pep Talks 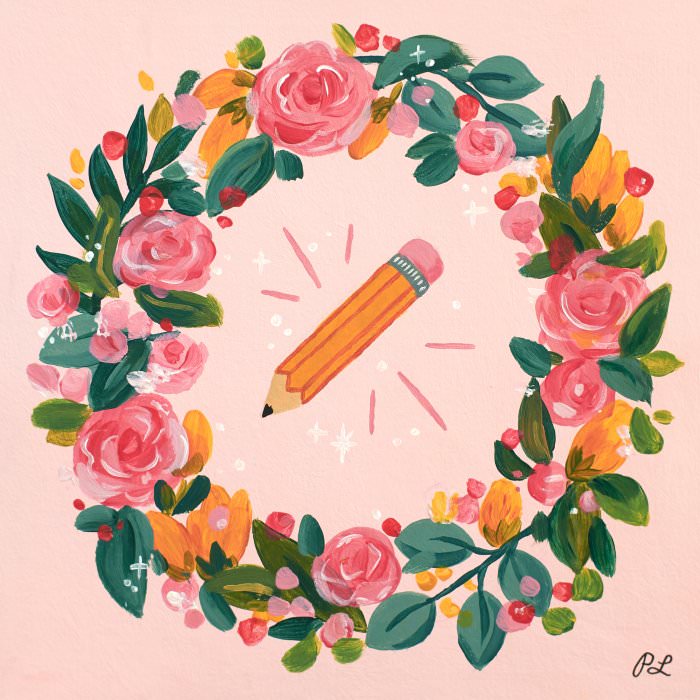 Think of the last time you wrote something good; really good. Or maybe something that you loved then but hate now. Do you remember the satisfaction and ecstasy that bubbled up from within you when you found that perfect turn of phrase and sent a bunch of perfect little words along into a perfect little line? I rarely do. The belligerent stumbling down the street, tripping over my feet, and landing face first on the blacktop-portion of the writing process is what I remember. I remember the typos, the missteps, the weird edits, and deleting my favorite paragraph because it no longer fits in. I think many writers and artists share my masochistic instinct only to critique, never praise. Or to give up entirely mid-sentence to rewatch your favorite show for the hundredth time, comforted and awed by its perfection and a little mad that you couldn’t create something just as wonderful.

The universal language of writers is the sigh. We do it all the time. “I’ll never finish my book” sigh. “Why does my writing suck so much?!?” sigh. “There’s no way Nora Ephron sucked this much when she started out!” sigh. We cannot write because our blank pages are already filled with doubt, worry, and comparison. The ending we have already chosen for ourselves is failure. We won’t be able to do it. I don’t have an idea. So many people are already doing better than I am, so why bother?

Every finished work starts as a work in progress. We can only create when we have given ourselves empty space to fill. When we press backspace on the fear, doubt, and insecurity that tells us we don’t matter or don’t have a story to tell, we give ourselves the room to write and let flow that which we have been ready to share all along. The work in progress is not your personal burden–it is the rite of passage all great writers and artists must endure and conquer. Here, listed, are tales from the other side; from the work-in-progress bridge crossed. This is not the road less travelled–allow these stories from writers on their process to inspire your odyssey from here to there.

1. Letter from Österlen by Karl Ove Knausgård, The Paris Review, 2014
Knausgård is a Norwegian author who has written six autobiographical novels spanning over 3500 pages. He is the ultimate writer’s block success story. In this letter, he discusses how writing is effective only when one is truly seeing the world around them. “Because wherever we look, what we see belongs to the world.”

2. Writers on Writing by André Aciman, The New York Times, 2000
Aciman, author of the bestselling novel-turned-movie Call Me By Your Name, shares with The New York Times how a writer must find their “hidden nerve.” Without a unique signature–and we all have one–our writing will always be a bit blah.

3. Where Do You Get Your Ideas by Neil Gaiman
Fantasy writer Neil Gaiman, author of Coraline, American Gods, and the Sandman comic, discusses, as the title may suggest, where his ideas come from.

4. That Crafty Feeling by Zadie Smith, Lecture at Columbia University, 2008
Zadie Smith, author of Swing Time and White Teeth, discusses her craft. “It’s such a confidence trick, writing a novel,” she shares. “The main person you have to trick into confidence is yourself.”

5. Writers on Writing by Elie Wiesel, The New York Times, 2000
Elie Wiesel, Holocaust survivor, Nobel Laureate, and author of Night, shares his secrets with The New York Times. He advises, rather forebodingly, “Writers write because they cannot allow the characters that inhabit them to suffocate them.”

6. Writers on Writing by Jamaica Kincaid, The New York Times, 1999
Antiguan-American writer, novelist, and Harvard professor Jamaica Kincaid shares a poetic narrative about her writing process. “This is what I am writing: I am writing ‘Mr. Potter.’ It begins in this way; this is its first sentence: ‘Mr. Potter was my father, my father’s name was Mr. Potter.’ So much went into that one sentence; much happened before I settled on those 11 words.” So much indeed, Ms. Kincaid.

7. On Style by Susan Sontag, 1965
If the meaning is the meat of writing, then style is the bone from which our meaning hangs. Writer, filmmaker, and philosopher Susan Sontag puts in her two cents re: style for all of the linguistic nerds out there.

8. Write Like a Motherfucker by Cheryl Strayed, The Rumpus, 2010
Cheryl Strayed is the author of Wild and the widely-adored Dear Sugar advice column which ran on The Rumpus until 2012. In this column, she addresses a reader who is concerned that she “writes like a girl.”

9. Lorde & Conor Oberst on Songwriting for The New York Times, 2014
Two legends of songwriting speak candidly with one another about songwriting, fame, and the need to insist upon have a unique human experience. “The way you express emotion as a songwriter, it’s, like, childlike. It’s fierce and honest and intense, and you’re kind of defying people to say that they didn’t feel the same way as you.”

10. Interview with poet Ocean Vuong for The Creative Independent, 2017
Poet, essayist, and aspiring novelist Ocean Vuong discusses his writing process, rather poetically of course. “When I’m writing, the curiosity pulls me forward. The work gets done when my terror is outpaced by my sense of urgency to speak. When there are good days, I go a little faster than my terror, and there are bad days when my terror beats me, and I’m silent. That’s the negotiation.”

11. On Keeping a Notebook by Joan Didion, Slouching Towards Bethlehem, 1968
One cannot write about writing without tipping their hat to Joan Didion. She is a journalist and the author of multiple novels and essay collections such as The Year of Magical Thinking, Slouching Towards Bethlehem, and Blue Nights. In this essay she discusses the unnecessary boundary between fact vs. fiction in writing. She says, “Not only have I always had trouble distinguishing between what happened and what merely might have happened, but I remain unconvinced that the distinction, for my purposes, matters.”

13. Stevie Nicks on Writing
A list of quotes by musician Stevie Nicks of Fleetwood Mac on her songwriting process. “What a writer wants to do is put stuff out there and make people mull it over in their minds until suddenly it’s something that’s way more important than turning on the stereo.”

14. How Do You Write? Podcast with Morgan Jerkins, 2016
Writer and author Morgan Jerkins, whose best- selling debut novel This Will Be My Undoing was published this year, shares her writing process with the podcast How Do You Write. “When I am bringing up memories from when I was twelve years old… my hands are just going. I remember it so vividly and it is just so raw.”

15. Longform Podcast with Molly Young, 2013
Molly Young, a writer, editor, and crossword puzzle creator shares her writing journey with the literary podcast, Longform. On interviewing, she shares, “Writing a celebrity profile puts you in a position that no human being wants to be in: you are speaking with somebody, you know that they’re lying to you, and you know that they know that they’re lying to you. That’s just the most humiliating position—it violates any human instinct for maintaining dignity.”

16. Interview with James Baldwin for The Paris Review, 1984
James Baldwin, legendary activist and author of Giovanni’s Room and Notes of a Native Son, shares his story with The Paris Review. When the interviewer asks him if writing has been a salvation for him, he responds, “I’m not so sure! I’m not sure I’ve escaped anything. One still lives with it, in many ways. It’s happening all around us, every day. It’s not happening to me in the same way, because I’m James Baldwin; I’m not riding the subways and I’m not looking for a place to live. But it’s still happening. So salvation is a difficult word to use in such a context. I’ve been compelled in some ways by describing my circumstances to learn to live with them. It’s not the same thing as accepting them.”

17. Nora Ephron on writing The Middle of the Movie for Believer Mag, 2012
Last but not least, journalist, screenwriter, and author Nora Ephron discusses the importance of medium. She was the brains behind When Harry Met Sally, You’ve Got Mail, Sleepless in Seattle, and countless other works. “When I was at Esquire I did a monthly column, and that was about as many ideas as I had a year. About twelve ideas.” Relatable. ♦