Say Your Truth: An Interview With the Curators of the Racial Imaginary Institute

Sara’o Bery and Leronn Brooks discuss the show “On Whiteness” and destabilizing white supremacy through art. 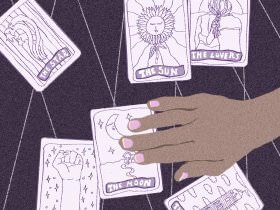 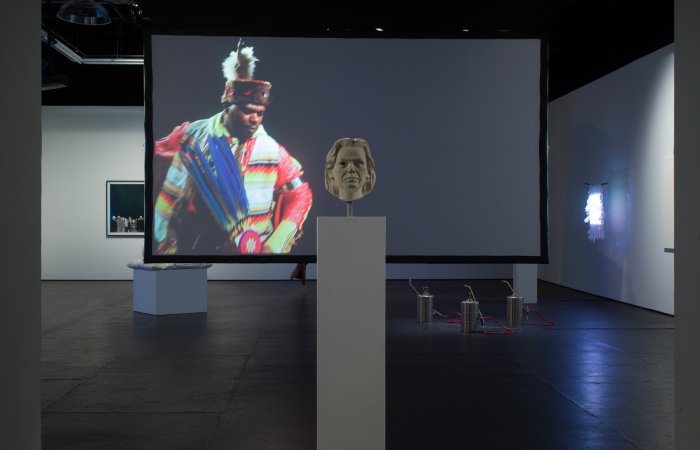 Initially, Donald Trump’s success was viewed as an assertion of whiteness in America—even though white supremacy has always been central to our country’s founding and history. Since his election, many people have talked about how to dismantle the white supremacy that contributed to Trump’s presidency, mostly by focusing on those voices that have been most marginalized.

However, less thought has been given to deconstructing whiteness as a race, identity, and culture. Which is why the recent exhibition On Whiteness, by the Racial Imaginary Institute at The Kitchen, a gallery and performance space in New York City, felt so necessary. Like its name suggests, the Institute, which was created by the African American poet Claudia Rankine, focuses on the intersection of race and the creative imagination. It provides a space for symposiums, exhibitions, podcasts, residencies, and performances by a diverse group of artists and creators. Printed on the wall of this particular show was a question posed by the scholar Sara Ahmed: “If whiteness gains currency by being unnoticed, then what does it mean to notice whiteness?”

Although the all of the pieces in the show work together as a single conversation, one in particular has stayed with me. “The Wonder Gaze,” by the artist Ken Gonzales, is a slightly-but-crucially edited photograph of a lynching that occurred in St. James Park in San Jose, California, in 1933. Gonzales’s edit entirely erases two hanging corpses out of the picture, leaving only the audience of white onlookers staring up at a blank space. The audience looks dressed for a special occasion, like they’re waiting to be entertained, as if they’ve been at events like this before. If I hadn’t looked it up after, I would have assumed that the missing bodies belonged to young black men. In fact, both were white.

The discomfort induced by the photo sums up the entire show: It raises all kinds of questions about the normalcy of white privilege. These questions are worth asking, and hopefully inspire other artists to ask more uncomfortable questions.

As a young African American woman making art, I often struggle to find new ways of sharing my perspective with the world. I was excited to sit down with Sara’o Bery and Leronn Brooks, two curators at the Racial Imaginary Institute, earlier this summer. Each is involved in the arts in very different ways: Sara’o works as a film publicist, while Leronn curates art exhibitions and teaches college students like myself. Both shared their insights into their respective creative fields and how they came together in “On Whiteness.” We also laughed a lot.

DANIELLE GAZI: When did the Racial Imaginary Institute start? What was the initial goal of the space?
SARA’O BERY: Two years ago, we were brought into it through the poet Claudia Rankine. It was around the time she got the MacArthur Genius grant, when she started to think about and focus her energy on questions of whiteness. I came to her house for lunch, and from what I knew, it was going to be a gathering of people in the race fields, but there were people from various fields who wanted to instigate public conversations about race. We focused on whiteness for our first year. We would sit around, like this, in a living room, eating store-bought sushi and asking each other, what is this? It took us about eight months to really come up with an idea. But, this exhibition really took about a year and a half. There were ten of us at first. And, this is not a job.

LERONN BROOKS: [Laughs] Yes, this is not a job.

Sara’o: [Laughs] It is a job. But it’s something that we do as like a weekend and night commitment. I personally work in film and had been a producer. I work as a publicist now. Leronn is a curator and also a professor. There’s somebody who is a lawyer and a poet. There are a lot of people thinking in different ways and I think that’s what contributed to the strength of the group. We’re not all curators that do this full time.

Leronn: I also think that we’re reshaping the idea of curation, and so the idea of someone who just puts things together and spaces them is not us. I think we’re curating culture. I think we have expanded the notion of what a curator is.

How do you think your personal background has contributed to the show? How has it affected your collaboration with the other artists or even with each other?
Sara’o: A lot of the people in the show were also the people that we all know and love and have worked with before. So one artist in the show is Josh Begley, who I produced a documentary about a while ago. I knew his work wrestled with race and I thought it would be interesting to have it counter a lot of fine art pieces as a media piece. We also did a biennial, which means we partnered with a lot of other institutions to have smaller happenings or events with them. For example, we also did a film series at BAM, which was programmed by Ashley Clark. We showed 20 films, all of which were about whiteness, but also films that people have watched thousands of times. We showed Ferris Bueller’s Day Off, Rocky, Godfather: Part II, and also more challenging artsy films like Shadows, White Material, and Illusions by Julie Dash. All sorts of films that wrestle with whiteness but go unnoticed.

Sara’o: Right, it’s all neutral. Whiteness is the neutral backdrop on which stories happen. But when you watch Ferris Bueller, it’s impossible to imagine Ferris Bueller as a black teenager wreaking havoc in a city without any sort of punitive element where he is pursued by the police. It would just never happen.

Leronn: I think we would call that fantasy. [Laughs]

Leronn: My curatorial work, architectural work, teaching, and writing all deal with American art, especially African American art and culture. So organizing the exhibition was interesting to me—to actually think about whiteness explicitly. When you think about art, especially the history of art and how it’s taught, its whiteness is implicit. You think of this idea of genius and art, and it usually goes from one white man to another, as a seamless, unending sort of catalog of genius. So the idea of forming an exhibit in which whiteness is made less normal or denormalized actually is a sort of truer conversation to have moving forward, especially in a time where whiteness is being weaponized in terms of politics, in terms of cultural and political institutions. The idea of asking artists to participate in an exhibition that destabilizes or attempts to destabilize that whole structure of white supremacy was really appealing to me. We gave all of the artists Sara Ahmed’s “The Phenomenology of Whiteness,” which is an essential text we wanted all of them to read, think about, then adapt and create from. We were saying, “How can you use your practice to unpack that text and the idea of destabilizing whiteness? To change whiteness from a sort of normal orientation; to bring it into an artistic expression?” That was their challenge and they really came through.