Reflections on Joe Brainard’s poetry and my own creative process. 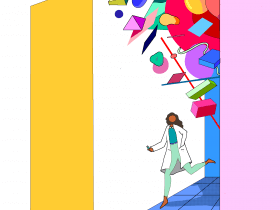 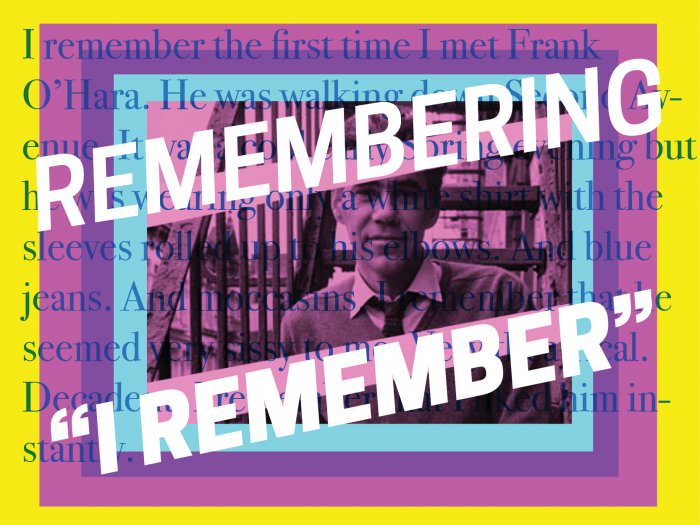 “If I’m as normal as I think I am, we’re all a bunch of weirdos.”—Joe Brainard

In 1970, the poet and visual artist Joe Brainard wrote “I Remember,” a long poem, a kind of quiet epic. Each line begins with the titular phrase, as he looks back on a childhood and adolescence in the ’60s, queer desire, and sensual details.

Writing can feel superstitious. As I developed OCD-like tendencies in my teens and twenties (most of those habits went away with psych meds), I would redo artworks over and over, possibly without improvement and at times even regressively. Finished inks on comic book pages would look to me like they’d gotten worse from the rough drawings I’d started with. And those were drawings I’d inked four or five times over.

Alan Sparhawk of Low, infamous in their early years for their sparse “slowcore” sound, likened a paring down of instrumentation to painting in black and white instead of expanding to full color. Artistic constraints have always reeled in my compulsive tendencies as a comic book maker and graphic novelist.

This brings me to “I Remember,” Brainard’s messy, sprawling poem, jewel-like in its construction. Each line flows from the other. I learned from my teacher Kinji Akagawa the importance of materials, be it wood, metal, or found objects. A writer’s materials are their words.

I’ve been trying for years now to write my graphic memoirs. I’ve lost count of the unfinished drafts, but last year, with plans for my friend Carta to draw the book, I finally finished a draft for a graphic memoir script of about 300 pages.

Life and Carta’s own book got in the way, so after talking with her, I decided to draw the book myself. However, this necessitated what in screenwriting is called a page one rewrite, a.k.a. starting the whole thing over from page one. After flailing without a map through some pages, I decided I needed an outline, a structure. “I Remember” came to mind, and suggested an artistic constraint: what if I borrowed Brainard’s formula?

Thankfully, my friend Margaret bought me The Collected Writings of Joe Brainard, which features an introduction by Paul Auster, whose 1982 memoir The Invention of Solitude meant a lot to me in my twenties. I had discovered the book in the Barbara Gittings Collection, a special LGBT collection at Philadelphia’s Free Library.

So, I decided to write an outline for my graphic memoir script and call it I Remember. The title acknowledges my literary theft up front, like how the postmodern queer author/icon Kathy Acker would give her books titles like Great Expectations (after the Charles Dickens classic), or how the Replacements named their record Let It Be (with a cheeky wink and a middle finger, perhaps, to the Beatles’ last LP).

I wrote an outline in my Notes app–I synced it with my phone so I would never be far from the document. It begins:

1. I remember reading Doctor Strange fighting his foe Nightmare, who plagued the guilty in dreams.
2. I remember dreaming as a child of a palace full of suited lizards, and my family abandoning me in this strange place, driving away as I called to them.
3. I remember almost drowning in the Pacific ocean and my father rushing to save me.

Like I said, I haven’t bothered to keep track of my failed attempts at writing this story down. But for the first time, a semi-coherent story seemed to drift into place. I wrote an outline of 200 or so pages, and I began scripting comic book pages: each page begins with “I remember.” I’m 54 pages into my current draft of the script. The comic book writer Alan Moore noted that to write, one must give up their hopes and their fears. The comic book writer and Tarot expert Rachel Pollack wrote in her book Tarot Wisdom that one’s fears and hopes are often the same. I hope to finish this project in a way I’m proud of–I fear I’ll slip up. Each thought is a balloon I must release hold of and let float into the night sky. ♦