Hear Each Other Out: An Interview with Zenaida Peterson and Sara Mae Henke

The organizers of the Feminine Empowerment Movement Slam on poetry, creating space for feminine voices, and fostering community. 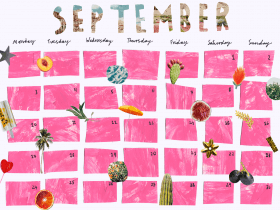 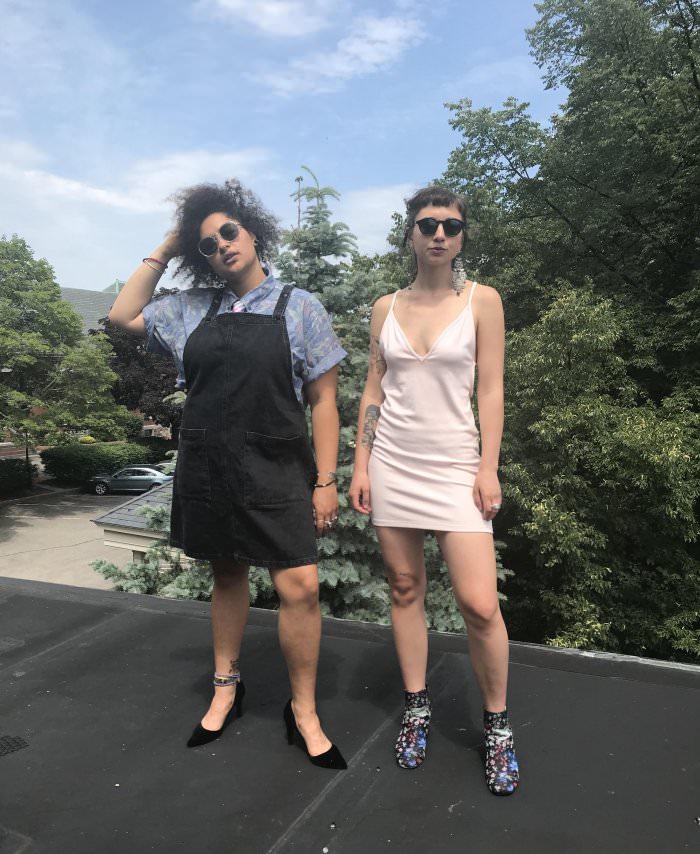 The Feminine Empowerment Movement Slam is a new Boston-based poetry slam that creates space for feminine people in the poetry and spoken word world. The founder of FEMS, Zenaida Peterson, is a seasoned poet, coach, and author of Breakfast for Dinner & Other Blasphemous Things. Though poetry slams can be a great platform for marginalized voices, they noticed that in the slams they competed in, masculine people scored higher. In 2017, Peterson set out to change this for their self and other feminine poets by putting on the first Feminine Empowerment Movement Slam tournament. Peterson’s co-organizer, Sara Mae Henke, is an active competitor in slams like College Unions Poetry Slam Invitationals, National Poetry Slam, and Individual World Poetry Slam, and the author of Priestess of Tankinis. I spoke to Peterson and Henke about making space for feminine voices on stage.

UGOCHI EGONU: What is FEMS?
ZENAIDA PETERSON: FEMS is the Feminine Empowerment Movement Slam. We are a new nonprofit that creates space in art spheres for marginalized feminine people, i.e. femmes of color, trans femmes and any femmes that live on the intersections of different realities. We explicitly try to center and celebrate those voices.

SARA MAE HENKE: FEMS is really radical in terms of leadership. We really are by femmes and for femmes–most of our organizing team are feminine people. We’re also really open to people who aren’t super experienced in slam. I started organizing with FEMS when I was really new to poetry. FEMS was the first place that made me feel really seen in the poetry community. Because of that, I had the confidence to go out and get really involved in poetry.

Zenaida: We talked about all of the big picture stuff that we do but on the ground, we host an annual all ages poetry slam tournament in the fall. We also have two events each month, the slam and the open mic. We host writing workshops and chapbook release parties for community members who publish new chapbooks. We make space for people who aren’t poets too–we’ve had musicians and visual artists do work with us. Basically if anyone has a skill and wants to work with FEMS, we probably want to work with them too.

Sara Mae: We’re more than just poetry–we’re a community. We held a panel a while back to specifically talk about what FEMS is and what FEMS does and we’re holding another one in the fall to talk about community building and organizing. Poetry is definitely an important part of FEMS, but more than anything, we care about the community.

Why did you two feel the need for this space in the slam community?
Zenaida: Before FEMS existed, I had competed in big poetry slams like Rustbelt, and also at local slams. I had even coached a team. I noticed that femmes just weren’t being celebrated in the way that masculine people were. This is something that felt really obvious to me and a lot of the other feminine people that I competed with. I would see masculine people getting celebrated for telling femme stories but when a feminine person told their own stories, we scored lower. When skill level was the same or subject matter was the same, it felt like masculine people were always going to do better in those competitions. Sometimes when I was competing against masculine people, I would lose just because they were louder than me. It was really frustrating. I loved poetry and poetry slams so much, and I really wanted to have a space in it. I wanted so deeply to be on a slam team and–after several attempts–realizing that wasn’t going to happen felt like an injustice. Not just for myself, but when I looked around at the other feminine people around me who just couldn’t catch a break, I thought, If there isn’t room for me in this space, I’m just going to create my own.

FEMS was created out of desperation and kind of as a big fuck you, but now it’s this beautiful thing that has lived a long time. The response to FEMS being created was a lot of acknowledgement of where the larger poetry community was lacking and it has been met with a lot of support. I am forever grateful for the poetry community not just the Boston area but everywhere really. There has also been this amazing shift that has happened in the poetry world. CUPSI (College Unions Poetry Slam Invitationals) this year was so femme. There has been a deep ripple effect. I don’t know how much of it is directly correlated with this tournament, but I’ve been to a lot of tournaments and every one that I have been to post-FEMS has been wildly different compared to how they were before. There were feminine folks talking about things that we just weren’t talking about before and there were feminine folks on stages that they just wouldn’t have been able to be on before.

Sara Mae: We were one of the first tournaments to encourage content warnings. This year, CUPSI made a space for content warnings in poems without a time penalty, which was really nice to see.

Zenaida: I was on the planning board for a lot of the behind the scenes work at CUPSI and so were a lot of people who had attended FEMS. That was cool because we incorporated a lot of what we did at FEMS and stuff that LTAB (Louder Than A Bomb) did. They’re a tournament that does a lot of cool stuff that they haven’t really gotten recognition for, things that we’ve borrowed and things that have been added into other slams.

Along with creating this space for femme poets, you are both fantastic poets. What do you feel the difference is between a space like FEMS and other poetry spaces that you have entered?
Sara Mae: CUPSI was a lot for my team this year. The judges were openly transphobic, openly anti femme–it was just bad. But even as that was happening, I still felt very held by the community. Everyone at CUPSI knew what happened and kept asking if we were OK or how they could help. Hanif Abdurraqib asked two of my teammates to perform at the ice cream social event, and some of us got to perform on the final stage. Shoutout to Jenae Johnson for that!

FEMS is a new tournament so obviously we’re not perfect, but I feel like the difference between us and a lot of other tournaments is that we didn’t have to go back and fix a lot of things afterwards. CUPSI did an amazing job dealing with what happened with the judges, but I think the spirit of FEMS places less of an importance on judging. We had these beautiful ceramic plates for judges to write their scores on with dry erase markers. After the final stage competition, we smashed them because the scores aren’t the point. We’re all here sharing this work and sharing our experiences.

Zenaida: I think the difference between us and a lot of other slams is that we’re a lot smaller so we try to make it as accessible as possible. We have a lot of correspondences with all of the poets, we make sure that people have a place to stay, and we check in on people. We try to make the registration price as low as possible and find ways for everyone to be able to afford to compete, i.e. we try to find sponsors for poets and teams or make sure that young people do not have to pay. We also try to make sure that our organizers are as diverse as possible. We don’t want to have to imagine, for example, what a person in a wheelchair might need–we can just have an organizer who specializes in making spaces wheelchair accessible. I want to go into the tournament each year and take it as a learning experience.

What do you two see as the future of FEMS? The future of slam?
Sara Mae: We could really go anywhere with this! We’re working on ideas like storefronts and opening chapters across the country.

Zenaida: Those sorts of things are actually already in the works. We’re becoming collective members of the Lucy Parsons Center, a radical bookstore where we will have partial ownership and be able to sell the works of our community. I can’t stress enough how much we want to be a sustainable positive community where people who might have felt intimidated by poetry spaces before feel welcome, celebrated and wanted.

Sara Mae: Right now we’re still such a small grassroots organization, so we’re not just listening to our community: FEMS is the community and the community is FEMS. I never want to outgrow that. I never want to become these big figureheads that just do the same shit that we’ve been doing for however many years. Feminine people actually listen to each other. I think that’s what makes FEMS so special. We’re always here to hear each other out. No matter what happens to FEMS going forward, I always want it to be based on that. Even when I’m over poetry or over people in the community, I can always walk into a FEMS event and feel held. ♦