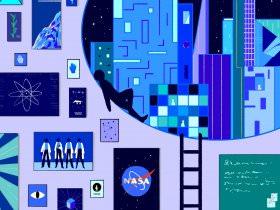 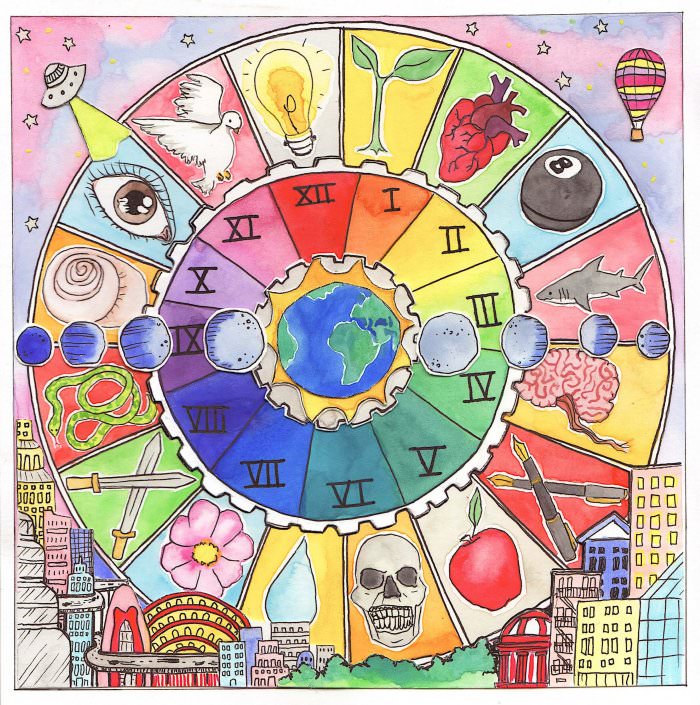 Our August theme is “Work in Progress,” and is about the ways in which we are all Frankensteins collaged together of the things we want to be, the things we already are but need to make a point to claim, and our influences. It’s also about the coping mechanisms and survival tactics that become sources of strength—sense of humor, style and self-presentation, wit, honor, fabulousness. Visions of the future, of unrelenting progress and revision. Afrofuturism, cyberfeminism, and the cyborg manifesto. Hope in the dark.

Many have said that it doesn’t get better, but you get better; better-equipped for dealing and coping and thriving. This theme is about building that toolbox. The myth of the self-made individual is often used to perpetuate the myth of meritocracy, but the kind of self-made-ness I’m talking about only exists because communities have banded together, artists have parented generations through their ideas, and all kinds of people have taken risks in order to pave ways.

Like, I used to think the idea of legacy was all about ego and could not imagine how it could help you make art if you were thinking so much about what people would think of your thing years from now. I think wondering if your work is good, rather than if it is itself, can be a roundabout way of wondering if you are good—worthy of basic love—and that can lead to self-hatred, which poisons the creative process and every other part of life. But lately I’ve been paying more attention to who my own influences are, and who their influences are, and seeing how much I owe to artists whose work I do not even know, but who influenced the art that I would be a different person without. Now I believe that, if thinking about legacy is ever useful, it’s as the idea of leaving other people a blueprint for living truthfully. Showing people another way to exist, rather than proving something about yourself. Tony Kushner wrote in his essay “With a Little Help From My Friends,” in 1993:

“Americans pay high prices for maintaining the myth of the Individual: We have no system of universal health care, we don’t educate our children, we can’t pass sane gun control laws, we elect presidents like Reagan, we hate and fear inevitable processes like aging and death. Way down close to the bottom of the list of the evils Individualism visits on our culture is the fact that in the modern era it isn’t enough to write; you must also be a Writer, and play your part as the protagonist in a cautionary narrative in which you will fail or triumph, be in or out, hot or cold. The rewards can be fantastic; the punishment dismal; it’s a zero sum game, and its guarantor of value, its marker is that you pretend you play it solo, preserving the myth that you alone are the wellspring of your creativity. […] I have been blessed with remarkable comrades and collaborators: Together we organize the world for ourselves, or at least we organize our understanding of it; we reflect it, refract it, criticize it, grieve over its savagery and help each other to discern, amidst the gathering dark, paths of resistance, pockets of peace and places from whence hope may be plausibly expected. Marx was right: The smallest indivisible human unit is two people, not one; one is a fiction. From such nets of souls societies, the social world, human life springs. And also plays.”

Or, to quote the perfect final line of Kushner’s epic play Angels in America, “The Great Work Begins!”

What does all of the above mean for you? Send us your poetry, writing, collages, illustrations, photos, and more, about “Work in Progress,” here. We at Rookie are taking a summer break next week, so there’ll be no new content from August 6-10, but there will be some end-of-summer reading lists from the archives ahead of that. Since we’re posting less this month, you could also look ahead to September’s theme, and create something for that—it’ll be “Rebirth.” (Alien emoji.) Happy last days of summer!