When Depression Runs in the Family

Hearing stories about my aunt limited my view of my mental illness. Talking to her expanded it. 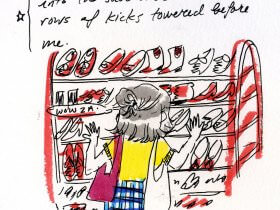 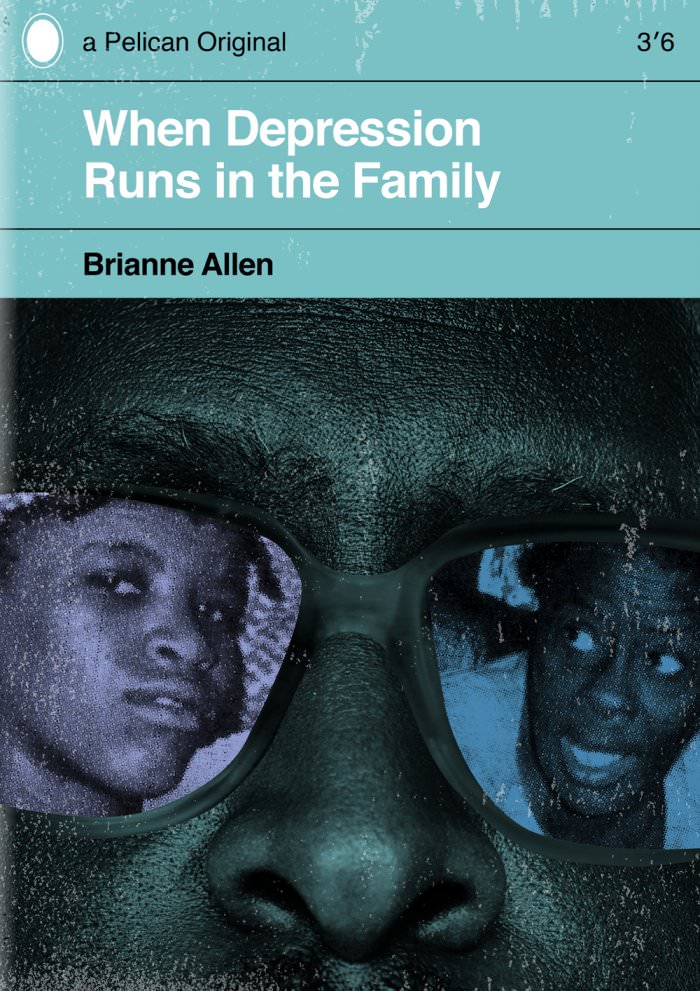 Being in middle school is hard enough without being depressed. After my depression and social anxiety became severe at age 12, I was in for a reckless ride of sadness, poor coping mechanisms, and jet black eyebrows. I didn’t know what I was doing. In 2014, the online community around mental illness was not as accessible or developed as it is today, especially for young people. I ultimately navigated the vast world of the alternative, pseudo-grunge internet, never fully finding myself in its pale aesthetics or often times romanticized treatment of mental illness.

To me, my brain wasn’t beautiful; it was excessively complex. Basic things like ordering drinks made me physically sick. I struggled with getting out of bed and taking care of myself. My hands seemed to always need to move, fidget, and tug. I was constantly lost in the maze of my mind.

My family took years to adjust to the manifestations of my mental illnesses. The girl that stood across from them appeared so foreign. My parents would routinely bring up who I was as an elementary schooler. They told me I was always singing and smiling—a child unburdened. Their intentions could’ve been benevolent, but every time I heard a story about “when I was younger,” I was frightened. I had no memory of that person and I wasn’t even sure that I wanted her back.

That sort of simplicity—that effortless way of always being happy and making others happy—was no longer realistic. My world seemed so different from the one I lived through as a child, with a web of new challenging oddities to work through. Depression and paranoia were a natural response.

To do their own coping, my parents began to relate how I felt to stories of my Aunt Layla. I never heard about Layla’s history of mental illness from her own mouth. That was one of the personal histories that weren’t often readily volunteered in my family. Instead, my parents revealed her past to me, piece by piece.

This equation was pretty awkward. I would isolate myself in my room and hear about how my aunt started partying all the time as a teenager. I would change my style suddenly and hear stories about my aunt’s goth phase. I would have a breakdown and hear that everyone gets sad sometimes—then my parents would reference my aunt, with a softened, “Look at her now.”

And though this hurt, I did look. Layla was a married mother of two. She always seemed put together. She wore her tiredness well, never snapping at anyone. She was a model citizen, fluent in multiple languages and genuinely selfless. She was kind and nice to be around.

We didn’t see each other that often and I felt like I had read pages of an incomplete diary. I couldn’t view her journey as a parallel to mine. I couldn’t look at her and see the stable person I might one day become. The reason was simple: she wasn’t me. Only I carried the weight of my body and mind, only I felt its sporadic highs.

I didn’t know if I would ever be truly OK. Even more chilling was the thought that who I was was only a phase—that the tangledness of my brain something that I could’ve worked through at any point. That I was the problem, I was the reason why I was still sad and anxious. Layla became this perfect image that I couldn’t imagine achieving. I didn’t resent her, but I also couldn’t be especially close to her. The stories kept us distant.

My parents soon spread tales of my own mental illness across our family. They did it slowly, sharing what they viewed as light retellings to those they thought most needed to know, ultimately crafting a web of shared knowledge I found daunting. No matter what boundaries I tried to set, they were still witnesses to the nuances of my brain, and they almost refused to understand what I wanted private. I surpassed some older histories, but new ones were created everyday. It occured to me that if my history was being shaped by my parents’ storytelling, perhaps Layla’s had been, too. We had both been exposed and held up to our old selves—and also, in some ways, obscured. My fear of being confronted with my aunt’s stability dwindled and I began to empathize with her more.

Once, a couple of years ago, on a visit to my grandparents’ house, an episode of high paranoia drove me to isolate myself in my temporary bedroom. My mother came in to check on me, then promptly disappeared, presumably to give an explanation to the rest of our family. Later, my aunt came in to check on me. She found me tucked into my bed, practically counting the cycles of the ceiling fan. Layla didn’t say much but a brief greeting before she gave me a couple of her rings, saying, “You can fidget with them if you ever need.” Then she left the room.

No, Layla wasn’t me, but I did like the idea of being bonded with her through weird lengths of time and symptoms. Her journey wasn’t mine, but at least I knew that she was still on it, still surviving. I was surviving, too, and eager to keep becoming the only self I would ever have. ♦