My school’s new dress code is meant to protect students, but it antagonizes an expression of black identity. 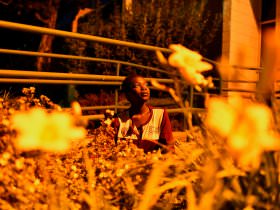 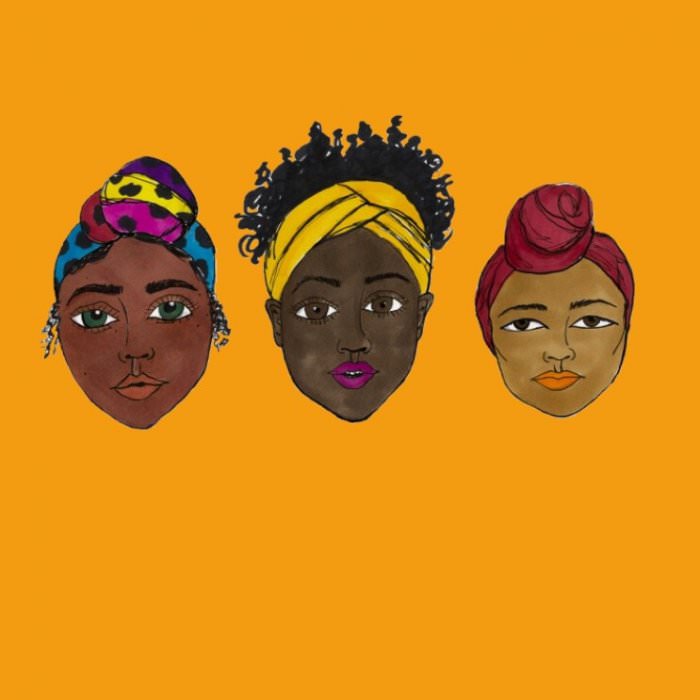 In May of this year, my school enacted a new dress code that banned students from wearing anything on our heads, not including religious clothing. The code bans “any combination of clothing which law enforcement agencies currently consider gang-related,” while acknowledging that “these [restrictions] may change.” Headwraps are not mentioned in the code, but our principal said in his announcement that they were also banned, because school staff could not “distinguish them from bandanas.”

This new ban bothered me. For one, the only people getting pulled over in the hallways were girls wearing headwraps or headbands. I’d already heard stories about girls being asked to change because their shoulders were showing, and had seen girls get sent out of class for showing bra straps. I knew school faculty would be further emboldened to monitor how we dress with this new rule. But I also felt uncomfortable because of this rule’s racial implications. Headwraps are significant to black culture and a way for black teenagers to express themselves and their black identities. According to my principal, this read to most of our school’s staff as potentially “gang-related.” What does “gang-related” even mean? I kept asking myself that question over and over again.

In the last month of the school year, the dress code came into effect, and I talked to other black girls about it. A freshman in one of my classes told me her white teacher had told her to take hers off. When the girl explained that she had the headwrap on because her braids were partially done, the teacher said, “Well, go in the bathroom and fix it. How long could it take?” (Box braids can take anywhere from four to eight hours to complete.) As I feared, the lack of specificity in the dress code—or understanding of what headwraps are, or evidence that they represent gang affiliations—meant that the dress code would be applied according to white teachers’ assumptions.

As Helen Bradley Griebel put it, the African American headwrap “holds a distinctive position in the history of American dress both for its longevity and for its potent significations. It endured the travail of slavery and never passed out of fashion. The headwrap represents far more than a piece of fabric wound around the head.” The cultural significance of the headwrap doesn’t just allow black women to express themselves, but to link themselves to their ancestors. Griebel writes that the enslaved and their descendants “have regarded the headwrap as a helmet of courage that evoked an image of true homeland—be that ancient Africa or the newer homeland, America. The simple head rag worn by millions of enslaved women and their descendants has served as a uniform of communal identity; but at its most elaborate, the African American woman’s headwrap has functioned as a ‘uniform of rebellion’ signifying absolute resistance to loss of self-definition.” Headwraps and scarves have been worn by countless women in history.

In many ways, the lack of understanding behind this dress code is symptomatic of a larger issue of a lack of diversity. Our school’s staff is mostly made up of people who have no personal history with the significance of headwraps. My district is one where parents and faculty rave about its “diversity,” but most of my school’s board members live in a wealthy (and white) incorporated village. People like to point at our brown skin, but ignore the fact that the majority of our county voted for Trump. Although my high school’s population is 22.2% black, we only have two black teachers, one black assistant principal, and no black members of the school board. In my four years of high school, I had exactly one black teacher. I specifically coveted his African American Studies class for three years until I could finally take it. I still go back and visit him because of the safety I felt in his classroom. I could discuss microaggressions with him without facing ridicule—the first time I’d ever been able to do so with any teacher. I could talk to him about snide comments my classmates made about slavery or black people or black culture, about white kids who said the n-word, about situations that made me feel uncomfortable even when I didn’t understand why. He understood.

White teachers don’t always see the microaggressions, although they may want to. In fact, they’re often perpetrators. By telling students to remove headwraps, white teachers and staff participate in microaggressions, or “the everyday verbal, nonverbal, and environmental slights, snubs, or insults, whether intentional or unintentional, which communicate hostile, derogatory, or negative messages to target persons based solely upon their marginalized group membership.” Microagressions are the result of implicit bias, which can have serious consequences as symptoms and causes of larger structural problems in institutions like schools, as well as individuals’ health issues and psychological issues. A dress code that requires teachers and staff to commit microaggressions should be reexamined.

While my school is understandably concerned about gang violence (our school doesn’t have a history of gang violence, while some mostly black and Latino schools nearby do), research doesn’t support the notion that school rules restricting student clothing have any significant effect on student safety and security. In Chalifoux v. New Caney Independent School District, a gang known as the “United Homies” wore rosaries at school, causing the school district to ban all students from wearing rosaries to school because they had become “gang-affiliated.” However, not all students who wore rosaries to school were gang members. A federal court ruled that the rosary ban infringed on the First Amendment rights of students to express their religious beliefs. In this instance, the court concluded that different accessories carry different meanings. Banning them doesn’t mean that students will be safer. It just erodes students’ rights.

Along with repressing the expression of black culture, the ban on headwraps promotes racist stereotypes. A symbol of black identity becomes seen as inherently bad. Among the many dangerous ramifications of that is stereotype threat, which the Glossary of Education Reform defines as “the risk of confirming negative stereotypes about an individual’s racial, ethnic, gender, or cultural group,” and puts pressure on black students to represent an entire group. If black girls want to wear scarves or headwraps, this ban leads them to believe that there is something wrong with them, and helps form a connection between expression of identity and making other black students look bad. Studies show that, among stereotype threat’s numerous negative effects, it also widens the achievement gap between black and white students. If a school wants all of its students to thrive, it should want to get rid of stereotype threat, not amplify it.

Headwraps and scarves hold cultural and personal significance. They are clearly different from bandanas and the refusal to differentiate between the two of them is, at best, an example of implicit bias, and at, worst, a display of blatant racism. ♦