Keeping My Own Secrets

Collages about the dialogue I have with myself.

Over the last few months, I’ve thought a lot about what should remain public and private; not strictly in the preachy internet sense, but in what we share with other people. There are times when that line of communication feels impossible–like when I try to recommend a piece of work that I love to someone and it’s not met with the same fervor on their end, but all I really want is to be on the same page, to have experienced the same thing. This particular brand of desperation really ought to have a name.

I like to think that there is a kind of safety in whispering, in keeping my own secrets. There are all of these inexplicable feelings that I can’t even imagine describing to another person and slowly, I’ve started to treasure not having to dilute or make my language palatable for someone else. What’s important is that I understand. I know the comfort of fastening my seatbelt in the backseat of my mom’s car where the only way we can make eye contact is through the rearview mirror; of not knowing what the right and wrong places are to look for importance until it’s too late; of finding myself telling my friends that I really like living in the suburbs in the summer, only to get asked why and not wanting to fully explain.

This photo series stemmed from wanting to re-examine past events and archive all the dialogue that I had with myself but never jotted down. 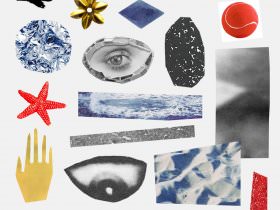