Have Fun to Your Own Music: An Interview with 5 Seconds of Summer

The band on their new album, growing up, and turning heartbreak into songs you can dance to. 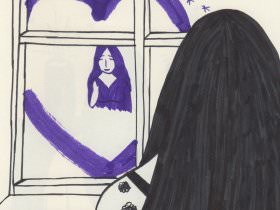 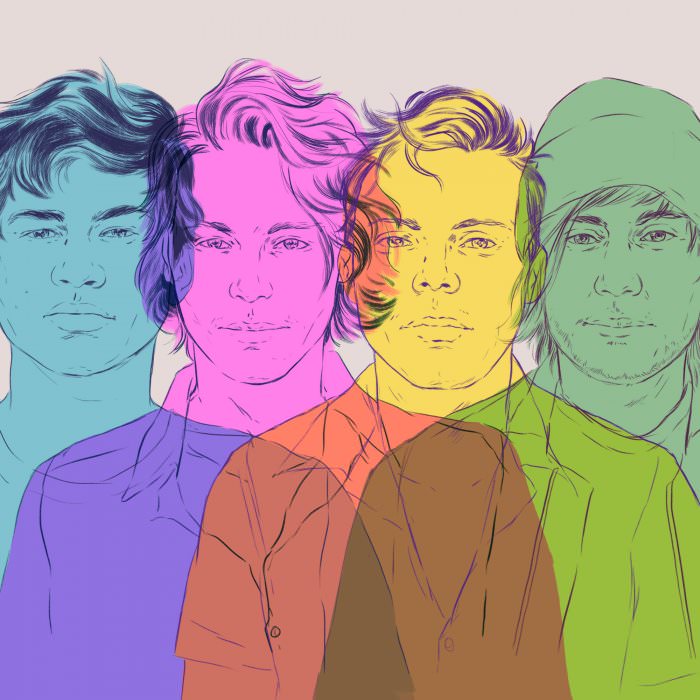 5 Seconds of Summer gave us fun summertime hits when they were 17 years old. But just like their fans and the guys in the group itself, 5 Seconds of Summer’s music is growing. On their new album, Youngblood, 5SOS explores young adulthood and the heartbreak that comes along with it. I sat down to speak with them in their dressing room before a show to discuss their new work, making music years after their first hit, and turning heartbreak into songs that you can dance to.

UGOCHI EGONU: It has been three years since your last album. How do you guys think you have grown as artists since then?
ASHTON IRWIN: I guess you could say that it feels like a new band. It really feels like we agreed to go forward and take it to a place we haven’t before musically and vision-wise as well. The vision for the band is totally different from what it used to be. We wanted to achieve different things with our music and broaden the scope of our listeners through influences that we had yet to tap into, musically and visually. Last year when we wrote this album we spent a lot of time refocusing what influences this band, like what artists and parts of our lives are affecting our music. We really needed that after being on the road for five years.

What were some of those influences?
LUKE HEMMINGS: We were 16/17 for our first album, so a lot of the people who influence us are people that we grew up on, like Green Day, Blink 182, and Good Charlotte–who we actually got to work with. We weren’t really able to tap into some of our other influences like AC/DC and the Police. We tried on the first two albums a little bit and there is some of that stuff in there but it just wasn’t the right time. Then we came back and it was awesome to be able to use those influences and use them well.

CALUM HOOD: It was important for us to also be aware of what was current and the possibilities of where our music could go in the next year. We wrote this album in 2017 but we’re releasing it in 2018. So we needed to be conscious of where music was going but still stay true to our roots. I think a large part of that for our songwriting was involving the influence of keys as well. We all play various instruments but I think that writing with keys has been a pivotal part of this new evolved sound.

Do you have a favorite song on the album? And if so, why?
MICHAEL CLIFFORD: My favorite is a song called “Ghost of You.” That one has always kind of resonated with me. It has a kind of timeless sound. If I heard my favorite band release a song like that, then I’d fall in love with it.

Luke: I think “Lie to Me” is my favorite for a few different reasons. I love a storytelling song that’s kind of “country-esque.” It’s literally like you’re in the same place and time as exactly what’s happening in that song. It also has really “Police-y” ’80s guitars in it and trap hats. I think it’s a very clever song that brings together some great storytelling elements.

Ashton: That song was really interesting because when we were recording it, the melodic structure was actually a mistake. That song is just derivative of mistakes which is kind of exciting.

Calum: Mine changes all the time but right now I’m really in love with “Valentine.” That song has so much texture and it’s super durable and malleable for when we play it live. It seems to have a lot of space and gives us a lot of freedom to mess with the song.

Ashton: Mine also changes all the time but right now I want to say “Why Won’t You Love Me” is my favorite song off the album. It has this melancholic desperation that I think is going to be incredible live. Being the drummer, I’m really influenced by Led Zeppelin’s John Bonham. We actually got to sample some of that on “Why Won’t You Love Me.” It was huge for me to have older music that inspired me so much on a modern pop song. It just goes to show that people my age, who are 23 are still affected by music made 40, 50 or 60 years ago. That’s what I love about our new record, the old and current influences that we were able to get into the album.

A lot of the songs on the album, like “Want You Back” and “Moving Along,” have that melancholic desperation that you mentioned because they’re about losing a lover, but you guys somehow find a way to turn that heartbreak into fun music. Can you tell me a little more about making joyous art out of somber material?
Ashton: In 2017 I had a lot of friends that were interested in an older new wave style of music. I think we kind of fell into that as the mood of the album. Even aesthetically we had all these dark blues and purples on the album cover, because that’s the way the writing felt. During the writing period we weren’t necessarily the happiest of people. We’re at that stage in life where we’re young and we’re just kind of figuring it all out. That’s why the album is called Youngblood, we’re at a place where even though we’ve done all these things, we’re still discovering what it means to be a young artist, which is not always happy.

Luke: We’re always thinking about the live show as well. Even though the lyrics may be very somber, having the chorus be very danceable means that we’re able to still tell the same story but make for an enjoyable live experience.

Ashton: Wanting it to be danceable also came from the lives we were living at the time. If it’s late night and we’re coming back from going out I would play the songs from the album. If it doesn’t sound good at 3 AM then it’s probably not a good sign. Wanting to have fun to your own music is so crucial.