Tell a story from multiple perspectives. 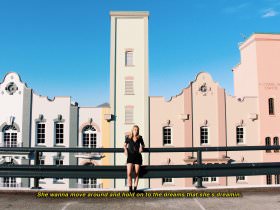 1. New Year’s Eve, 2016, a former hypnotist takes my hand in the swell of the club crowd and tells me I have one of the oldest souls he’s ever known. The years exchange like it doesn’t matter how many I might have touched before and I tell him that doesn’t mean I know who I am.

2. February, 2013, I romanticize the moment my head slips under the bathwater, turning over myself until I am not me but the washer woman at the stream, life and death straddled in the river between my ever-bruised legs and I wash the blood from my father’s clothes as I wash my own hands and face, emerging to a humming neon light and the crows crying in the garden.

3. November, 2015, and deja vu twists on my tongue one day like burning brown sugar to make sweets that must last the month and another day like the anesthetized scent that clings to my grandmother’s bedclothes the first night we know she is dying. I told my mother, after, that I had known for a long time. I leave out the part where I had already watched the moment, the glimmer of light on the metal of the bed frame, and simply couldn’t place the year.

4. February, 2014, The two of us, even across the ocean, are both midnight’s children. I told Her all my traumas in ripples and Hers came back like miniature floods until She whispers into tapped keys, do you ever talk to someone and feel like you’ve known them all your life

5. March, 2002, I learn that I cannot always tell dreams from reality, that somehow I am waking in both. Last night I went running through the forest behind my uncle’s town that I have only heard about and never seen, though I swear my fingertips remember the touch of wildflowers.

6. June, 2016, I tell Her I read about a belief that people in love that commit suicide together come back as twins, and she asks me what I think happens if a soul is split in half (I think about cleaving fresh apples in half, but I know my grandmother never baked.)

7. December, 2004, I cry every day at lunch and I can’t say why. I am not sad at all, until I am, as if another girl miles away, miles behind me scraped her knees to the bone racing home and I all I can do is feel it. Sometimes, I can hear the heavy breaths of an oncoming train puffing in my ear and I wonder where the girl is going.

8. October, 2017, my Great Aunt reminds me that Great Grandma Fell had the Sight, how she had peered into tea leaves like the surface of the sea and divined her future husband without ever having seen him (this, when she was still engaged to another man.) I touch my tarot cards at home, clutch a lump of amethyst to my chest and think about how I do not look like Grandma Fell at all.

9. June, 2018, She says, “I think I’ve heard this song before,” and I am staring at those bruised knees, her scar tissue tucked beneath like an indrawn breath and cannot stop thinking,
I remember hearing it the last time I was you... ♦