A video premiere, plus a chat with the Argentinian pop artist about crushes, growth, and navigating the music industry. 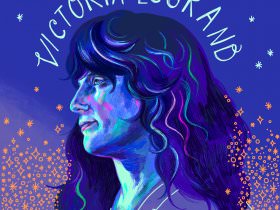 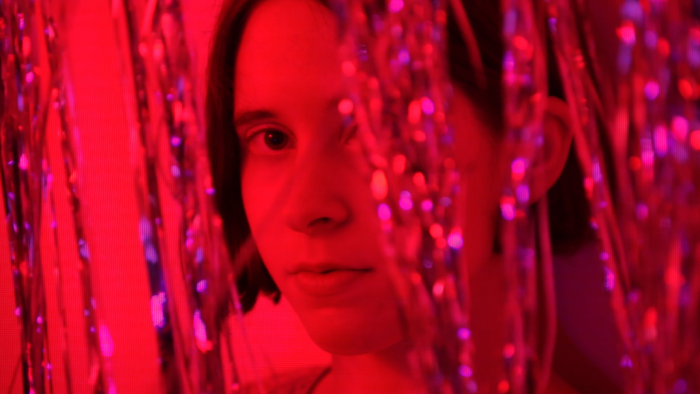 “Naïve and honest pop” is how Tani Wolff describes her music on her Facebook page, a self-imposed genre that perfectly fits the 22-year-old Argentinian artist’s work. Her first album, Uturnis, is a collection of soft, lo-fi crush songs; colored-pencil outlines of what Tani has filled out sonically in her most recent League of Legends EP. Though her tendency towards short, poetic lyrics persists, Tani has really come into her own on her most recent releases, switching from guitar to keyboard and now backed by a full band.

Today we’re premiering the video accompanying the titular track of Tani’s newest EP, League of Legends, a fast-paced and retro collage of confetti, bright lights, and unreciprocated crushes. Last week, I chatted with Tani about crushes, musical inspiration, and what it’s like to be a woman in the Buenos Aires music scene.

ANNA WHITE: Today we’re premiering your new video for “League of Legends”—tell me about this song! What was your inspiration?
TANI WOLFF: I made this song a few years ago, when I was still in high school and everyone was obsessed with this computer game called “League of Legends”. My friends would spend all of recess talking about it and I would just get so bored! I also kind of liked one of my nerdy friends, but the game was the only thing he cared about. That was the real catalyst that made me write the song. And I’m glad that something nice came from those days.

The video is beautiful—it looks like it takes place in an arcade?
Thanks! Yes, the video was shot in an arcade bar, probably the only one in town.

What made you pick this location?
The director thought it would be the perfect location, and it was! We also shot at my place–my bedroom ended up all covered in confetti (there’s still some of it left). But I wanted the video to be very visual and literal, so the arcade was a good space to represent the song.

“League of Legends” is part of an EP you released recently—do you have a full album in the works?
Both songs from that new EP are part of my next album, which will be released in August. At last! I’m so excited.

I’m excited to hear it! How do you feel your music has evolved since your previous album, Uturnis?
I composed these songs when I was still in high school, before I even made the songs from my first record Uturnis, so I can’t really say that I evolved from my last album to this one in terms of composition, but the approach was different. I was lucky enough to be able to record this album in a professional way, in a studio with the help of my producer. So, that was a big step for me. I’ve learned a lot about how HD albums are made!

Your primary language is Spanish, but the most recent songs you’ve released are in English—why the switch?
When I wrote these new songs, I used to sing in English. A few years later I started making songs in Spanish, and that’s when my first album came out. So the switch was the other way around… or not? Even I get confused. I love singing and making songs both in English and Spanish, and creating beautiful and honest songs is what matters to me the most. I really loved these tunes and I didn’t want to miss the opportunity to share them with the world. That was it.

Who are your musical inspirations?
I really admire Amanda Palmer, I can’t stop listening to ESG, and I like Beat Happening, Kate Nash, post-punk in general, CAN, Micachu and the Shapes, and Tom Tom Club a lot. My local heroes are Juana Molina, Las Kellies, 107 Faunos, and Violeta Castillo.

You’re one of the only female artists on your label, Yolanda Discos—what is it like playing in a music scene so dominated by men? Do you feel like you’re treated differently?
I honestly can’t quite tell if I’m treated differently for being a woman. I know for a fact that I am, but my first reaction is to blame myself, whether for lack of knowledge, experience, or because of my age. When I think about it, I get paranoid. But I’m lucky enough to be surrounded by good people, and the musical scene is beginning to condemn abusers and people who have sexist attitudes, so it is becoming a better environment for us girl musicians. I would like this to continue, and to eradicate this behavior altogether. We are headed that way.

If you had one piece of advice for Rookie readers, what would it be?
My advice would be: make things happen, sit in the driver’s seat! You’re capable of almost everything you want to achieve in life. Don’t let anyone tell you otherwise. ♦