#NeverAgain: An Interview with David and Lauren Hogg

The Parkland students and activists on their new book, the gun reform movement, and passing the mic. 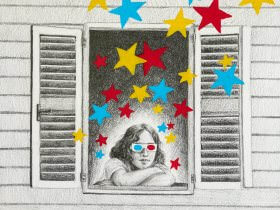 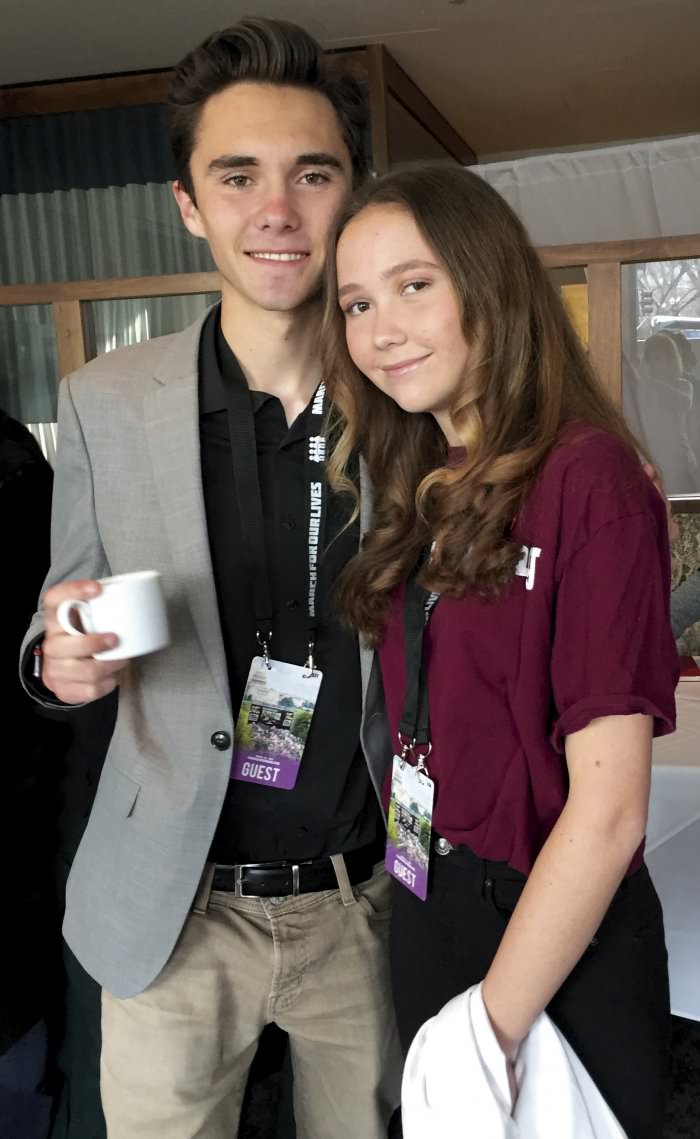 On February 14, 2018, David and Lauren Hogg survived one of the deadliest school shootings in the history of the United States. 17 students and faculty members were killed, including four of Lauren’s friends. The country had already endured seven school shootings in the first month and a half of 2018, and from my own perspective, the world seemed pretty dark. However, the Hogg siblings refused to let the tragedy turn them into cynics. They came together with other Marjory Stoneman Douglas High School survivors to create Never Again, an organization that seeks to end gun violence by advocating for policies like banning assault rifles and enforcing stricter background checks. The Hoggs are now taking their message a step further with the release of their new book, #NeverAgain, in which they recount the horror they survived that day, and expound the motivations, people, and social mechanisms that encompass their movement. The book reads as half-memoir, half-manual for those who feel like they can’t make change because they’re considered too young to understand politics.

The book’s manifesto-like tone echoed through my mind. As a precursor to a list of their demands, the Hoggs highlight the need to acknowledge students of color who suffer from gun violence on a regular basis, and encourage the reader to position marginalized voices at the forefront of the gun reform conversation. This could serve as relief to students of color who feared the proposal of more school resource officers in high schools would put their lives at risk. The Hoggs’ call for others to edit and add to this list demonstrates how they see growing and learning as essential to making change. It shows that effective movements are constantly evolving to reflect the world they aim to reform. David and Lauren Hogg told me more about their growth and writing process in this interview.

THAHABU GORDON: #NeverAgain is sort of written in a conversational style, like you reply to each other throughout. What was writing this book like for you, and did it bring you any solace?
LAUREN HOGG: Writing this book was very therapeutic for both me and David. We had been so focused on constantly doing interviews that sometimes we forgot to think about ourselves. So this book was a good way to take some time to have conversations with each other about this issue, but also talk about how it connects to us as kids, as teenagers. In one part of the book, David and I talk about our childhood. One of the main reasons we did that was because we wanted to put some humanity in something that’s so inhumane. People don’t really look at shooting survivors or victims of gun violence as people. They look at them as characters you see on TV. And there’s this lack of shared unity because you [the viewer] can’t think of yourself in that position. So when we talk about having fun like every other kid, I hope people see themselves. I hope they think of their children or their friends, and I hope they realize that we’re not just survivors, we’re people. We’re kids, we’re teenagers, and we’re just trying to make the world a better one than the one we came into.

Your home in Florida was recently “swatted.” How do you cope with the bullying, threats, and harassment that you’ve been targeted with since February?
DAVID HOGG: By being confident in ourselves, and knowing that we’re not trying to take people’s guns away, but trying to save lives and help people. Also, by surrounding ourselves with the family that we have at March for Our Lives, and our friends, and knowing that if we help one person today, it doesn’t matter if a billion people attack us personally. If we made one person happy, then we’ve succeeded.

You’ve also gotten several companies to divest from the NRA. How do you organize your actions and die-ins to pressure these companies?
LAUREN: Whenever something comes in, or we decide to boycott or have a protest, we really just brainstorm with each other. One of our biggest tools, and one of the reasons our movement has so much momentum, is social media. When we have the ability to just type something in a matter of minutes, access hundreds of thousands of people, and organize a huge boycott for the next day—it’s really powerful, but also something you have to be wary of. But that’s really how we’ve gotten these things to be so successful, because we have these big platforms.

I remember students of color were worried about the proposal to put more resource officers in your school, but you acknowledge that in the book and discuss the need to be intersectional in your movement. When did you start learning about intersectionality?
DAVID: I had debated these things even before the shooting in speech and debate. I had to argue about an increase in the use of school resource officers, and through that research I learned about how they increased discrimination within the school-to-prison pipeline, especially for students of color. We included that chapter so that people don’t forget about people who have been affected by these things for centuries. If you think about it, the first mass shooting was Wounded Knee. People have been working to end this epidemic in different communities, from Native American communities to D.C. to Chicago to Ferguson and so many other places for decades now, and their voices haven’t been heard. But now that it’s rich white kids being shot, people are like, “Oh my, we have to end this,” and people all of a sudden care, when in reality, this has been going on for forever in America. We have to share our platform–not speak for people in any shape or form, but hand them the mic, because they have been speaking about it for a very long time. We have to let them speak for themselves and ask them how we can help, because I don’t know what it’s like to worry about being shot at on my way to school or robbed, but a lot of kids across America sadly do. We can’t act like we know what that’s like. We have to just ask them how we can support them and what we can do to lift their voices.
LAUREN: And being intersectional is something that we’ve been passionate about since we started this movement, because the fact of the matter is we can’t speak for other people. We can’t speak on inner city gun violence because we haven’t experienced it. That’s why we’ve been going to these places like D.C. and Chicago, because these people know so much about gun violence, because they’ve experienced it their whole lives. We’ve made friends, and they tell us how every single day as they walk to school they hear gunshots down alleyways. They remember being in elementary school and their parents telling them to keep their heads up and continue walking straight and just not look. That’s absolutely appalling. I feel guilty that I never really thought about it that much before. I would always hear about gun violence in those communities, but because it didn’t affect me, I didn’t care as much as I should’ve, or I cared but I never really thought we could do anything about it. But no matter where you are, who you are, what socioeconomic status you have, I think every single person has the power to make change. No matter how many followers you have, how much money you have, what race you are—you have a voice, and I think that’s one of the most powerful things we have as human beings.

Can you tell me a bit about your trip to Chicago?
DAVID: So we met up with our friends from Chicago who we met a couple of months ago when we did the March For Our Lives. We participated in their peace march which they have every Friday night. It’s by a church on the south side of Chicago, and then the next day I went around the south side registering people to vote, and we had a huge barbecue for the community where everyone was able to come out and eat for free. We just listened, because we don’t know what it’s like to live in communities where this happens every day. We were affected by this once. In order for us to help anyone else, we have to, unlike our politicians, listen and ask how we can help them, and not tell them how we can help, because that’s just not how it goes.

What would you tell someone who doesn’t feel confident enough to speak out against politicians or become an activist?
DAVID: Honestly, doing a lot of this work makes you happier than anything. Helping people will make you happier than any amount of money ever could. Nobody has ever changed the world by sitting back and thinking that they couldn’t do it. To be successful in life, you just have to believe in yourself and then help others in any way you can. Once we start doing that, we change America and we change the world. I feel like that’s what this book does really well; it shows people how we gained that confidence to do this and how other people can, too. We’re kids and we stood up and did this after an atrocity at our school happened. Not for money, not for fame, just to help people and save lives. All the money we’re getting from the book is going to charity and taxes. We are out here fighting the good fight and all we need to win is young people to join us.

How do your victories feel? How do you celebrate?
LAUREN: They feel good and they motivate us to keep going, but I think we also will never be satisfied until we see real change occur. We take these victories in, and they add fuel to the fire, but it’s not only the victories. It’s going outside when we go to these marches, going to the peace march and seeing unified people walk and march together. We see so much division every day on social media and in the country in general, and when we go to these marches, they really inspire us. The marches are victories in themselves and that’s what motivates us. ♦