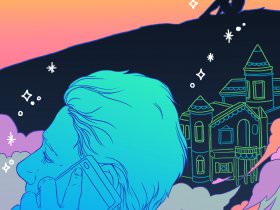 When I Come Back / We'll See Each Other Again 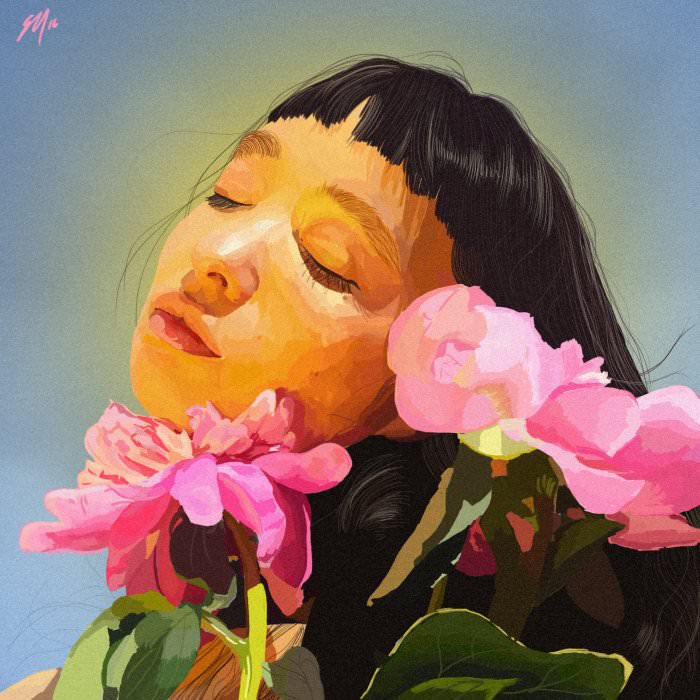 June’s theme is Dream Life: the joys/anxieties of anticipation, expectations, daydreams, sleep-dreams with their hidden messages, getting what you want, figuring out what you want, and the notion that somewhere, there’s an alternate-you, happily living the dream life you feel you were supposed to have (there isn’t).

One thing this reminded me of was the movie Ingrid Goes West, in which a girl stalks and copies the life of an Instagram influencer. We all know that Instagram is just people’s “highlight reels,” so why is it still so good at making us feel bad? If I can make an armchair psychology-based guess (my armchair is constructed from cardboard and chewed gum), it’s not [just] comparing yourself to other people or the simulation of connection (passively consuming another person is rarely as challenging/rewarding as contending with another human being); it’s the constant escaping into another reality that cumulatively expands the gap between feeling and thought; between a physical emotion and one’s capacity to face it. That distance eventually makes the idea of sitting in a feeling even scarier. The unrelenting distraction makes it harder and harder to come back to yourself. It’s kind of like watching TV 24/7, only it feels slightly more active—and it certainly can be very active and impactful, but I’m thinking more of the habit of mindlessly scrolling. It makes me hate myself. The writer and psychoanalyst Adam Phillips wrote, “Self-criticism is nothing if it is not the defining, and usually the overdefining, of the limits of being.” It’s so painful to be and have a self. To be just you and no one else your whole life. Social media may promise a way out, but it also reminds us of those limits through our quantified selves, our avatars and archives. Obviously, there’s no way to call it all bad or to say nothing positive comes out of any of it, but I find it interesting how quickly the internet has become real life, and there’s no way that’s a 100% good thing, either.

Dream Life also made me think of some of my favorite writing about Michael Jackson: by Hilton Als, Margo Jefferson, and John Jeremiah Sullivan (also, the “Teddy Perkins” episode of Atlanta). They are all about a million things, but crystallized for me how the American Dream could drive someone once-marginalized, now-celebrated (but still marginalized), to try and possess multiple identities. To try and be everything in order to gain the freedom one imagines would come with being nothing. In Jackson’s case, particularly physically, this manifested in crossing lines between male and female, white and black, child and adult. Both Sullivan and Jefferson wonder how intentional or “real” the final product. Jefferson:

“Never have so many people around the world–but especially in the United States–had plastic surgery of some kind. The Swan, Extreme Makeover, Dr. Beverly Hills 90210–television had to catch up with real life to put on these docudramas of extreme need and desire. But most people want an improved version of themselves, or at least something they could call a beautiful relation. Michael’s face is in another zone altogether. It has nothing in common with him anymore. We look. We shiver. We want to turn away. He was not supposed to expose this kind of need. What is it: Self-hatred? Fear and loathing of human beings? A passion to escape the conditions of life and human exchange so fierce that he is willing to be reborn through science? The desire for a kind of perfection most of us cannot see and that he will not share with us? A will to change reality that is a postmodern version of hubris?”

“On the Internet, you can see a picture of him near the end of his life, juxtaposed with a digital projection of what he would have looked like at the same age without the surgeries and makeup and wigs. A smiling middle-aged black guy, handsome in an everyday way. We are meant, of course, to feel a connection with this lost neverbeing, and pity for the strange, self-mutilated creature beside him. I can’t be alone, however, in feeling just the opposite, that there’s something metaphysically revolting about the mock-up. It’s an abomination. Michael chose his true face. What is, is natural. His physical body is arguably, even inarguably, the single greatest piece of postmodern American sculpture. It must be carefully preserved.”

One could speculate around the truest desires of Michael Jackson for ages and never know for sure, but it raises interesting questions: At what point do we assume someone’s creation of himself was a mistake, a lapse either in technology or biology or judgment? Is it just when their choices diverge from our preferences? When it reads as a symptom of self-loathing, internalized hatred? Is that the same as mental illness? If it’s not, should it command the same compassion?

Dream Life also make me think of–will make many think of–the American Dream as it is routinely promised to and revoked from immigrants and refugees. Today, June 1, there are rallies being held all over the U.S. in protest of the Immigration and Customs Enforcement agency’s failing to keep track of nearly 1,500 children who have been separated from their parents. Today on Rookie, two poems by Melani G. inhabit the space between her mother’s two Dream Lives, in their respective home countries.

If you have reflections on any/all of the above, or anything else Dream Life brings to mind, please find out how to send them to Rookie at our Submit page. And thank you, as always, for reading, for being here, for being you.