On the growing pains of online activism. 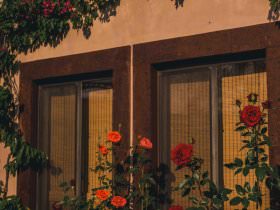 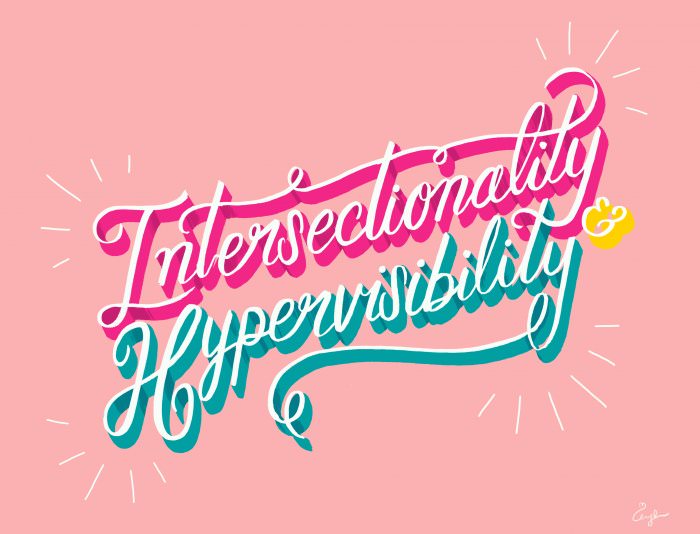 2015 was an exciting time for feminist circles in Johannesburg. As more young women began to boldly claim feminism, words like “intersectionality” and “privilege” started becoming a part of daily conversation both on social media and in real life. Twitter was like the corridor outside of my favorite classroom: noisy, crowded, and fun, with everyone gathering to avidly share the latest articles, YouTube clips, and readings from our feminist faves like Chimamanda Ngozi Adichie, Beyoncé, and bell hooks. People also offered accounts from their personal lives that gave real insight into the complexities and harmonies that exist between what we read and how we live.

Twitter was and continues to be a great space for learning about and challenging everything I thought I knew about feminism. Intersectionality, as coined by the scholar and civil rights advocate Kimberlé Williams Crenshaw, asked us to go beyond our simple understanding of feminist thought as “women vs. patriarchy,” and to treat with equal importance the liberations of every person marginalized across the spectrums of gender, race, sexual orientation, class, and bodily ability. I began to see that “all oppression is connected,” as Staceyann Chin says in one of my favorite poems. Although I had been identifying as a feminist since I was 17 years old, I was reinvigorated by this new community where the learning and laughing never stopped.

The year before, in 2014, seven awesome women got together and formed the now-defunct collective Feminist Stokvel, and asked me to join them a few weeks later. The initial reason for the formation was to challenge South Africa’s general subordination of natural, African hair. We had realized that we all had our share of painful childhood memories of getting into trouble at our model-C (formerly white) schools because of our hair, and how that continues to happen to young black girls. We reflected on how abnormal it is to live in a majority African country, in Africa, yet for our hair, as it grows from our scalps, to be seen as a deviation by institutions such as schools, places of employment, and even shops–which only allocated a minority of the hair aisle to products for African people. We hosted events that reflected all of our interests: a poetry evening with Warsan Shire, a film screening of Ousmane Sembène’s seminal work, and hair workshops. We aimed to create celebratory gatherings where we would bask in the plurality of beauty.

Being a part of this greater feminist community that found expression both online and offline came with holding each other to high standards. This is obviously a good thing. However, gradually creeping into this practice of accountability was a kind of fear that saying or doing things that were deemed anti-feminist would be seen as betraying the entire liberation project and lead to being “canceled” or losing credibility. It can be tempting to dismiss such conflicts as “just Twitter,” but behind the screens are real people and their real feelings, so these discussions do create an impact in the “real” world. They also impact whoever is quietly looking on and learning about these concepts for perhaps the first time, as many now-confident self-identifying feminists may have been a few years back.

On one occasion, an anonymous user had written to me on Tumblr to express their apprehension at attending Feminist Stokvel events. Someone screenshotted and tweeted my response, with the caption: “I get where anon is coming from, this answer is such a wow.” Then another person saw that and began to tweet about how my response to the anonymous post was violent, an act of silencing, and “dismissive, damaging and destructive.” The comments that followed from other Twitter users were about how problematic I was as a middle-class feminist, with phrases like “nice life problems, feminists” and “Sex and the City Feminists.” People said our events were “anti-poor” because they took place in Illovo and Troyeville, places that we inhabited and socialized in. (I personally would have found it disingenuous to go to a space such as a township and purport to be the feminist solution that lower-income women need.)

While the commotion unfolded on Twitter, I reread the Tumblr post and texted the Feminist Stokvel group to let them know what was going on. I was sure of two things: that I disagreed with this person, and that I wasn’t going to do anything about it. Critique is a good thing because it allows for the kind of reflection that leads to correction and growth. But with the caveat that tone can be easily misinterpreted over text, the opportunity for genuine critique can be missed when the motivation behind the critique is cynical.

Throughout the development of this online/offline community, I had noticed the archetype of the Infallible Feminist Activist begin to emerge. It was believed that this figure could do no wrong because they were at the intersection of multiple oppressions, and so any attempt to provide a rebuttal to their argument or to critique any of their behavior could be countered by pointing out the privileges of the person doing the rebutting or critiquing. For instance, if two people were arguing, the one who was more correct was the one who was visibly more oppressed. Perception is key here. In this instance, I was perceivably black, middle-class, able-bodied, cisheterosexual, and more visible because of the work that I do as a poet who had been featured on television, radio and in ad campaigns. Because someone who said they were queer and poor was critiquing me (the second Twitter commentator), I anticipated being shut down if I were to engage. Of course, the fact that the Tumblr post at the root of the whole incident had been written by an anonymous user became irrelevant. The popular train of thought at that time was that if you were deemed more privileged, you had to accept any and all criticism against you without question. You just had to keep quiet, genuinely listen, and learn about how problematic you were so that you would not repeat those transgressions. Usually, I agree with this as a form of remedial action, but I could not identify what my transgression had been among the language that was being used, which read less like critique and more like spite.

The entire thing was bizarre, but also an interesting learning moment for me regarding the pitfalls of striving for perfect feminism and how “intersectionality” can be not only misinterpreted but weaponized. This tweet by @harlem_sheik is a great summary: “when did intersectionality become I have 5 oppressions and you have 3 so I win, it’s a term that was coined to describe the specific experience of black women and yes, it’s useful to describe other experiences but what some people are doing with black women’s work is truly wild.” Intersectionality becomes complicated when we aren’t dealing with binaries such as black and white. What does it mean when we are all black in a country with high levels of socioeconomic inequality? Intersectionality recognizes the contradictions and overlaps of our respective privileges and oppressions; it doesn’t rank them on a scale.

On one hand, online spaces function like a virtual classroom, allowing people from different backgrounds to easily access knowledge and conversations without the socio-economic barriers present in “real” life. On the other hand, there’s a limit to how productive such online conversations can be, especially around triggering issues. Far too frequently, marginalized people have to assert that we are the authorities on our lived experiences, and it makes sense that we do not take this lightly, particularly in spaces that have been deemed safe. Like all human beings, however, our egos can flare up if we feel challenged or ignored, sometimes getting in the way of meaningful discourse. It’s not only human nature; social media networks are engineered to fan these impulses to get people to share more, so it’s no wonder that it seems easier to posture than to admit one’s shortcomings. I have been guilty of this, too. The work we do in fighting for our causes does not make us immune to having ill intentions. If our passion around these issues leads us to immediately ostracize any person who gets it wrong while not actually threatening our safety, then how will we be able to bring in other people who don’t necessarily share our familiarity with the language and concepts, but are also suffering, and are instrumental to the systemic change we need?

Intersectionality will forever be an essential guiding principle for me. I strive to embody a feminist ethic that recognizes that there is no such thing as individual freedom while the collective remains unfree, another lesson from Staceyann Chin. While using it to become better at caring for each other and the world, I think it’s also important to not allow misinterpretations of it to become motivation for acting with less empathy and understanding. Fighting for justice must undoubtedly remain a priority, but we should try, as much as possible, to not allow the injustices of the world to harden us to the extent of behaving in toxic ways to the people with whom we claim community. Like intersectionality, worthiness of empathy shouldn’t be ranked on a scale. I totally get why empathy isn’t a person’s first priority when confronting injustices, but we gain nothing by seemingly aiming to misunderstand one another.

We should remember, especially in our communities within the larger global movement of feminism, how easy it is to ignore someone’s humanity and relate to them as the representative of an ideology. In this particular conflict, we were positioned as “bad feminists” without people really reflecting on the nuances of the decisions we had made and what it would have looked like to impose our worldviews on women whose realities differed so much from our own. Beyond that, it shows that we all have the potential to perpetuate the harmful behavior of the oppressive structures that we detest, and that seeing people as symbols is a terrible way to counteract those structures. We are people who are fallible while trying our damndest and making mistakes on the way. I hope that as we all grow in our feminist journeys, we can show our strength in how we hold each other with equal parts love, care, and accountability, as we build the kind of world we would love to live in. ♦