Everything You Need to Know About Your First Credit Card

Advice on spending, avoiding debt, and keeping track of your finances. 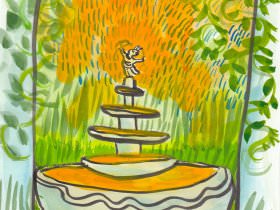 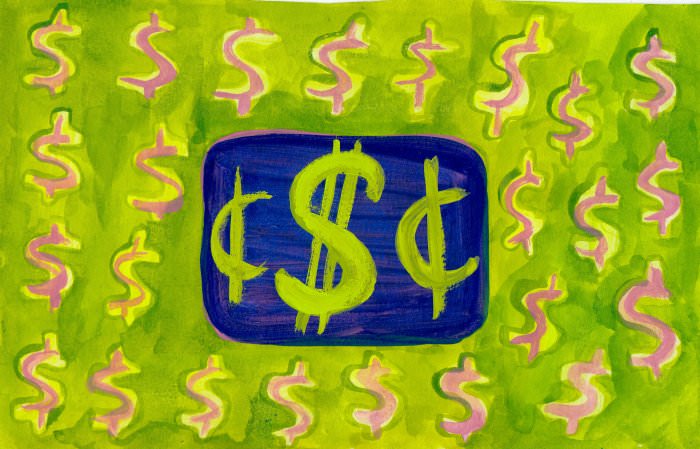 I’ve been a shopaholic for as long as I can remember. It started at age 12, when I got my first iTunes account and suddenly had access to a world of media, all available at the tap of a finger. Before that, I had to ask my parents’ permission for all my purchases. With iTunes gift cards and internet access, the entire store was suddenly within reach—and that’s when the madness began.

From then on, if I got money for my birthday or Christmas, it seemed to slip through my fingers. I spent it almost immediately on digital downloads. Then I got my first credit card. After I set it as my payment method for my iTunes account, things got even more out of control—I was buying stuff left and right, pretty much every day. It was just so easy. An album might have cost $9.99, or a song $0.99, but the amounts were so small that I couldn’t keep track of how much I was actually handing over. It came to a head when my dad saw my bill near the end of the year and noticed the annual total: over two thousand dollars spent almost entirely on iTunes, all on credit. (That is BANANAS. My dad was rightfully alarmed and pissed.)

Only after that debacle did I start to realize—actually internalize—what a huge problem I’d developed. I literally could not stop spending. I had to hand over my money, credit card, and retail accounts to my parents, for fear that I would relapse. I locked myself out of my own iTunes account to remove any temptation. The issue wasn’t just that I was a frivolous spender—it was that I had a really inaccurate concept of money and the responsibilities that came with it. Sure, I was making payments on the bills I racked up, but I’d fallen into the trap of only paying the minimum each month, while the interest piled on. Something I hadn’t taken into account—naively—was that at some point, I would have to pay the full amount off, plus interest, and it would come out of my savings.

Money was really tight. Some days I would look in my wallet and find that I didn’t have enough cash to eat at school. Then I’d owe friends for covering for me, which exacerbated my debt and accentuated how I never, ever felt like I had enough money. It felt like a never-ending cycle: Even when I cut back on spending, all of a sudden there would be a new obligation I’d have to pay for (car insurance, gas, textbooks, tuition, student loan payments)—not to mention the credit card debt. It was tough to explain to people why I never seemed to have any money when I was working and getting student loans. It made me feel horribly guilty and super irresponsible to admit that I was short on cash because, in the past, I’d spent irresponsibly and just didn’t save enough.

My finances eventually recovered, but I know how it feels to be stuck in that crappy spiral of debt. I eventually learned to curb my spend-without-thinking mindset, but it’s not like I magically became a money-handling pro—I still sometimes prioritize buying unnecessary stuff like clothes and movie tickets over, say, food.

You might have some debt, too. That doesn’t mean you’re a bad, awful person who should never have access to money again. Debt is a big deal, but with determination, the right knowledge, and dedication, you can move toward squashing it and fostering healthy spending habits at the same time. Here are some things I wish I’d known when I started managing my own finances, and maybe you’ll find them helpful, too. Whether you’re a ways away from your first credit card or intimately acquainted with Young Victoria levels of debt, this knowledge=power.

Credit cards don’t give you money—they give you loans that you have to pay back, with interest.
You probably already have a pretty good grasp of how to handle cash. It’s right in front of you, and it’s easy to see how much you have. Credit cards are a fast, convenient way to access “money” without carrying wads of cash around. I put money in quotation marks because in reality, it’s not your money to spend—it’s a loan from the credit card company that has to be paid back.

You’ll be held responsible for paying back every cent of what you borrowed from whatever credit card company you’ve chosen—plus interest, if you don’t pay off the card’s full balance each month. The interest you are charged is based on the annual percentage rate, or APR. Every week, CreditCards.com releases the national average APR, and the most recent one was 16.73 percent, which means that, over the course of a year, a person would pay 16.73 more cents to every dollar on the balance carried by a card. It doesn’t sound like a lot, but it adds up—and fast. (According to NerdWallet, the average U.S. household pays $1,300 in credit card interest each year.)