In the U.S., gun ownership has become central to people’s identities. So, too, has student activism. 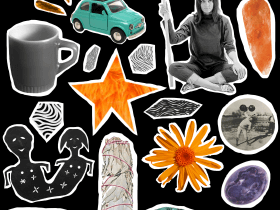 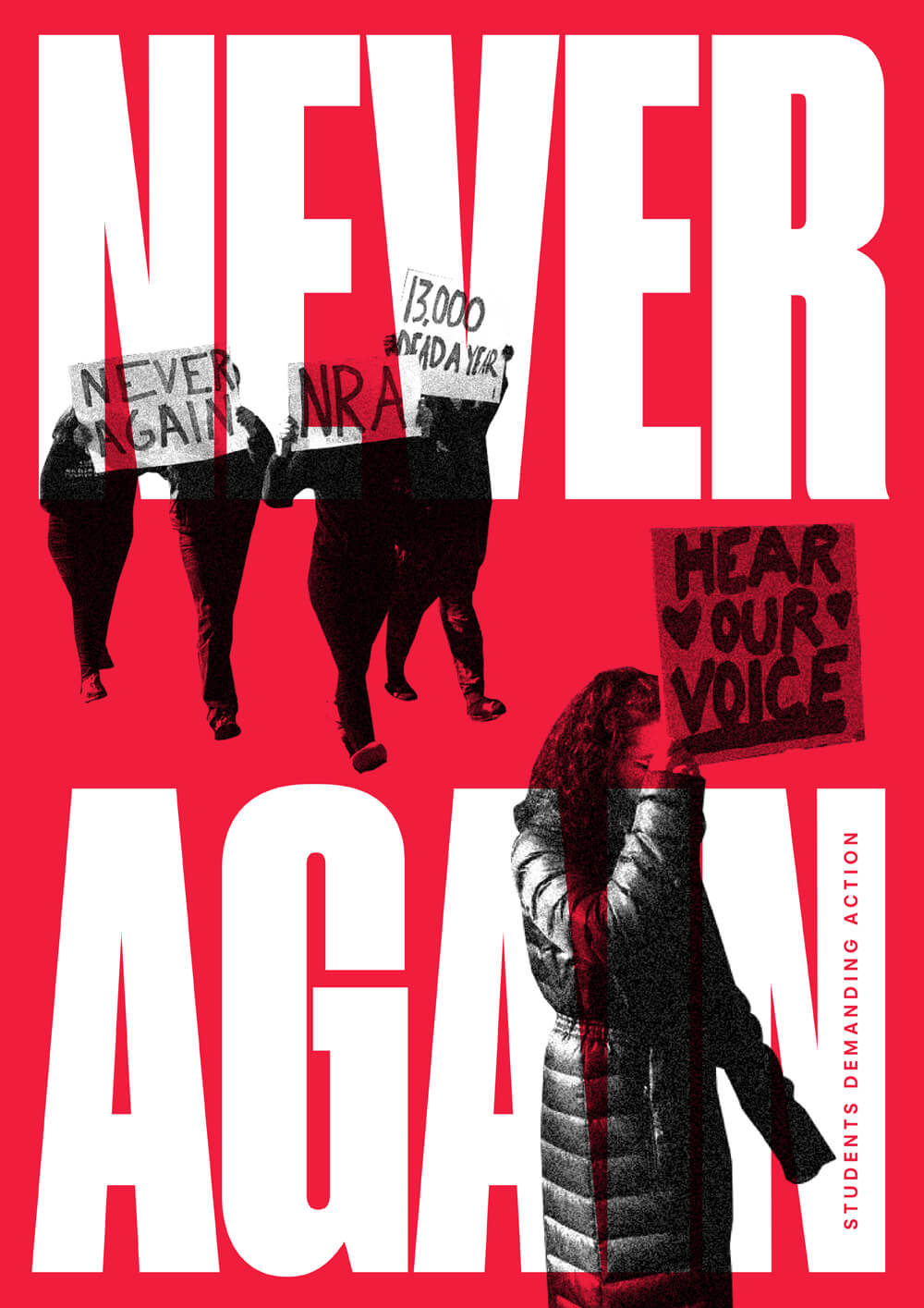 I first became aware the consequences of gun violence while visiting the penal colony of Port Arthur in Tasmania, Australia, in 2013. I was 13 years old. In the courtyard near the ruins of the Broad Arrow Café stood a memorial with the names of those killed in a mass shooting. On April 28th, 1996, a young man entered the café and sat down to eat his lunch. After he was finished, he retrieved a semi-automatic rifle from his bag and murdered 35 people, wounding another 23. It was, and still is, the deadliest mass shooting in Australian history. Shortly after, the Australian Parliament passed the National Firearms Agreement, which banned automatic and semiautomatic rifles and instituted a nationwide buyback program. Seven years after the National Firearms Agreement passed, Australian gun-related homicides had fallen by 42% and gun-related suicides had fallen by 57%.

Gun reform advocates in the U.S. have long used Australia as the shining example of gun reform laws that work, but the comparison ignores the real character of the U.S. gun controversy. In Australia, guns were a public policy issue. There was virtually no popular resistance to the logic that because guns cause harm, they should be properly regulated. There was no overpowering gun lobby to stop the popular will from asserting its sovereignty. And, the right to bear arms wasn’t in the Australian constitution. Without those barriers, the gun reform issue in Australia was debated and decided through a policy lens.

A majority of the U.S. is receptive to the logic illustrated by Australia’s statistics. However, the gun controversy in the U.S. has become an issue of identity, and statistics are no match for identity.

Although the fact of the National Rifle Association’s financial contributions to political campaigns is significicant, the contributions themselves make up a small percentage of those campaigns’ overall funding. The NRA’s real power comes from their aggressive, decades-long effort to cultivate a unique civic identity among gun owners. Through gun training programs, social events, and their own media platforms, the NRA has tied gun ownership to a way of life for many Americans. In The American Rifleman magazine editorials, the 10 most frequently used descriptors of gun owners are: law-abiding, peaceable, patriotic, courageous, honest, average citizen, ordinary citizen, brave, freedom-loving, and reputable. From these descriptors, you can begin to construct the image of a humble citizen heroically protecting his or her family and country.

It’s this identity that ties gun owners so closely to the NRA. It makes many of them one-issue voters. If a candidate supports gun reform, gun rights supporters see that as an infringement on their sacred American identity. On the flipside, 66% of Americans support stricter gun laws and 97% support universal background checks, but far fewer view those policy changes as a top priority. For most gun reform supporters, the statistics might convince them something has to be done, but it doesn’t make common sense gun reform a requirement for a candidate to get their vote.

To more effectively oppose the NRA’s dominance, gun reform activists have to make gun reform as important to our identity as gun rights are to gun owners.

That’s where students have come in. That’s why long-time gun reform activists are remarking that this time “feels different.” That’s how kids across the country can continue to make a fundamental difference in the gun reform debate. Through marches, school walkouts, social media, and news media appearances, the Never Again Movement has successfully branded the student activist as someone who isn’t just anti-NRA, but generally fed up with how adults in power have failed to make our country safe. Other young people can see themselves in the Parkland students, mobilizing a generation that will be instrumental to breaking the NRA’s stronghold on gun issues. I want to outline why the movement has gained so much momentum so far, and what other tools students can utilize to keep it going.

First, we’re addressing gun violence in the context of school safety. I’ve talked to many students at my high school about why they participated in the nationwide walkout last month, and the overwhelming response was: to stand up for our right to be safe in school. The focus wasn’t on eliminating guns; it was school safety, an issue which also attracts the parent demographic. Existing gun sense groups like Moms Demand Action have been energized by the new wave of student activism. School shootings are a small percentage of U.S. gun violence, and communities plagued by more frequent gun violence have not gotten the attention they deserve. As Parkland activist David Hogg said in a recent interview, “My school is about 25 percent black, but the way we’re covered [by the media] doesn’t reflect that.” The Never Again activists know that it’s the image of a school shooting—and the whitewashing of their own school’s students—that has resonated with a larger population, and they have been quick to extend their platform to communities more vulnerable to gun violence. They were then able to join forces with and amplify pre-existing organizations. New student groups, like Chicago-based Good Kids Mad City, are also using this moment to call attention to the gun violence they regularly experience outside of school, and to demand solutions beyond policy changes.

Students have a second advantage we must continue to exercise. Like the NRA, we have our own infrastructure for organizing and networking. Just as gun rights supporters can organize at rifle clubs, students can organize at school clubs. When the survivors from the Parkland shooting called on high schoolers across the country to stage walkouts, my high school’s Youth Action & Civics club was already there to answer the call. We had the experience, the mechanisms for outreach, and the club members ready to help. Because this infrastructure was already in place, we didn’t have to organize protests from scratch.

Social media has made networking among schools easier, too. It is inspiring to see student organizers share their innovative ideas with organizers from other schools on Instagram or Facebook. Those connections can unify the movement and make our pressure campaign more effective. It’s also been a strong tool for making the mission of Never Again widespread and well-known. Students today have grown up with social media in their back pockets, creating a shorthand that the NRA can’t compete with. The Parkland activists immediately harnessed social media in the aftermath of tragedy, branding the movement with hashtags like #neveragain and #enough. Without having to go through traditional media, their candid thoughts, raw emotions, and sharp comebacks have gone viral. Their reach now has the potential to outweigh the NRA’s own online propaganda.

Going forward, students also have the potential to activate new groups of voters in areas that matter. We can influence our parents, our relatives, and our friends. Some of us are old enough to vote, and—as politicians are now being reminded—many more will be by the time Midterms roll around. All students, regardless of their age, can contact their representatives, or organize a voter registration drive. A sustained pressure campaign is most effective when it targets lawmakers who don’t already support gun reform, so students who live in districts represented by those lawmakers are especially in need of our encouragement and support. Student activists are forcing their communities to have candid discussions about guns, and hopefully those discussions will lead to a greater public focus on candidates’ gun reform positions.

Once lawmakers begin to feel the pressure from the Never Again Movement, policy discussions will gain more traction. Students should continue to pressure them by creating and sustaining a connection between gun reform and our identity. We have the potential to break the NRA’s hold on the gun debate, but only if we maintain the energy and determination we’ve shown so far. ♦