Bruce Wayne and The Real Batman

On Kendrick Lamar and black consciousness. 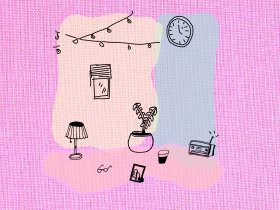 Friday Playlist: In My Room 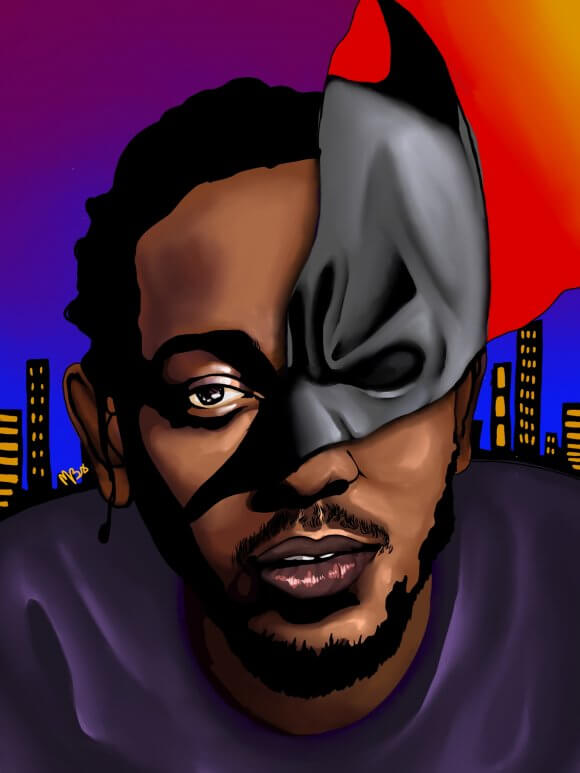 Seven minutes into the video for Kendrick Lamar’s hit single “LOYALTY.,” a wide aerial outline of a dark metropolis appears. Light gleams from the skyscraper windows and cars rush through the streets. It’s a moody and somber view, Lamar’s very own Gotham as seen through the eyes of hip hop’s most prodigious talent. As a piece of musical theater, “Loyalty” sees Lamar transform into a hip hop Bruce Wayne, offering a new superhero retelling of a masked man shielding those he loves from the world’s ills.

The Dark Knight Rises, the third and final installment of Christopher Nolan’s Batman trilogy, is noted for its complicated analysis of good and bad. In Gotham, the failure of the capitalist system to create a society that benefits not only the wealthy elite leads to a desperate anarchist revolution. The film also offers the most nuanced portrayal of Bruce Wayne. As a child, Wayne lost his parents to a violent crime. Years later, this wound would raise his first inclinations to wage a war against the systems that make it possible for a criminal underbelly to exist. In Nolan’s trilogy, this vigilante’s anonymity is not only a ploy to heighten the mystery around the legend of Batman, but Wayne’s own tool of self-preservation. A way to protect his capacity for growth, and to refuse the God complex bestowed upon heroes.

Lamar grew up poor with his experiences in Compton shaped by the violent interactions his friends and loved ones had with law enforcement, and by the state negligence that led to the constant deaths of the black lives he held dear. His music has always been a manifesto of black survival in tumultuous times, from the blistering indictment of Reaganomics and the government’s complicity in the 1980s’ Crack Epidemic on the Section 80 mixtape, to the dark and hazy elegy that is good kid m.A.A.d.city, to the reclamation of an unknown but longed-for afrofuturistic society on To Pimp A Butterfly, to his most recent examination of the perils of fame and blackness in Trump’s America on DAMN.. Lamar raps on “Loyalty” about the need for trust and true solidarity while also depicting the loneliness that comes from being a person whose life’s mission is bigger than that of most people. Throughout DAMN., he calls himself Kung Fu Kenny, adopting a moniker like a citizen with a superhero alter ego.

Bruce Wayne wanted to save Gotham, Kendrick Lamar wants to resuscitate black consciousness. Both men are superheroes with the difference being that one chose darkness as a shield, and the other was born into darkness—literally and figuratively—with the violent experiences endured by his black skin becoming armor and inspiration for his mission. Wayne and Lamar have different reactions to the dark, to the state, and to the notion of being an outsider who is both invisible and hypervisible.

Without the mask, Bruce Wayne lives the constructed reality of a billionaire casanova, unaffected by the lawlessness around him and content to bask in decadence and privilege. We are introduced to him in the trilogy as emotionally broken and haphazardly mended, then inspired and selfless, ultimately becoming reborn and emerging with a tentative sense of peace. It’s unclear where Wayne ends and Batman begins but both the man and the myth are intertwined in a saga of obligation, sacrifice, and family. The dark frightens Wayne/Batman in ways that remind him of his vulnerability and childhood. It reminds him of his own limits when his city asks more of him than he is capable of giving. And yet his self-imposed darkness when he buries himself in his palatial mansion keeps him safe and grounded, able to keep watch in an unobtrusive manner. He can disappear into the darkness and emerge as quickly and quietly as he left. For Wayne, darkness is both a friend and a foe. The powers he fights when he becomes Batman are institutions he easily navigates as a wealthy white male. They’re institutions he has benefited from and continues to benefit from, even when Wayne Enterprises decides to focus on growth and not destruction. The state has not tampered with Wayne’s life in the ways it has Lamar’s, whose war with it is as aspirational as Wayne’s, but with a greater vision and heightened danger.

In Lamar/Kung Fu Kenny’s Gotham, darkness is not a choice but a state of existence. On “Loyalty,” he stands atop skyscraper ledges and holds court in dark alleys. He ponders the meaning of true allies and battles the worst of himself in search of his own fidelity. To be a black male is to be seen as the darkness, surrounded by it even in spaces where you are victorious and illuminated by the moonlight that makes it incapable to deny your golden glory. It is to be incessantly surveilled by an outsider gaze which fails to leave room for you to trust your own being and which manipulates your view of yourself.

To be seen as dangerously armed when you are not means to never be unmasked. Every day that you are not suffocated by the darkness, they say you are. The darkness they bring asks you to achieve heroics of the most super(b) kind. It means being constantly at war with the self whom the world doesn’t know: the self you are trying to keep safe and the self you want to be. Where Bruce Wayne could finally escape and leave the weight of Batman on another, Kendrick Lamar has no such easy exit. He cannot escape from his duty and he cannot lay down the weight of his dual existence because no matter how much of an icon he becomes, the darkness imposed on him by a society that only sees humanity through whiteness will always leave him wanting. His is a superhero battle with no end in sight.

In some ways, Lamar on “Loyalty” is more like the “villainous” character Bane. Bane’s childhood and adolescence were spent in prison after a corrupt government decided that he should finish serving the sentence of his father, who had escaped. In his first fight with Wayne below the city of Gotham, Bane says, “You merely adopted the dark, I was born in it.” He has survived it in ways that Wayne has not. But where Bane sees total destruction as a means to rebirth, Lamar is in no position to consider chaos as a means of transformation. Lamar is reflective and discerning enough to see that it is him and the people who look like him who will suffer the most. Black people are not allowed to be anarchists. Black liberation will always be sterilized by white accounts of history. It’s already been distilled into a tale of courage and not immense human suffering. To avoid a legacy of martyrdom, Lamar seeks comfort in the secret society of those born into the darkness, literally and figuratively. His musical narrative is about the lives of people who look like him because all we got is us, and all we got is trust.

In two of Nolan’s Batman installations, Batman’s most trusted moments are in the presence of children. There’s the boy in the Narrows, standing by the fire escape to drown out the sounds of his parents arguing. There’s a young John Blake, who was also an orphan and who found comfort in his shared sorrow with Wayne. It is children who are able to see him not as someone trying to usurp power but as a helper willing to lend a hand, regardless of whether he is masked or his own self. My 15-year-old brother consumes Lamar’s music with an appreciation and urgency that comes from hearing something that you assumed no one else understood. As a young, black man growing up in a world he can never hide from but in which he is hidden, Lamar’s “Loyalty” offers him a digestible, pointed, but layered narrative. It articulates the anxiety and paranoia that comes from being unable to trust what is meant to make you feel safe.

Superheroes are never chosen, they are borne of necessity. In The Dark Knight Rises and on “Loyalty,” both Wayne and Lamar are conflicted. Their loyalties to themselves and to those they love are uncertain, but their mission to help the places they call home never wavers. The mission will always come first and the self will suffer and hurt but in true superhero fashion, they never stay down. ♦