A song premiere, plus a chat with the band about relationships and taking risks. 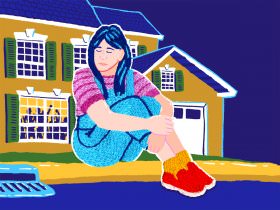 Reflections From an Eternal Outsider 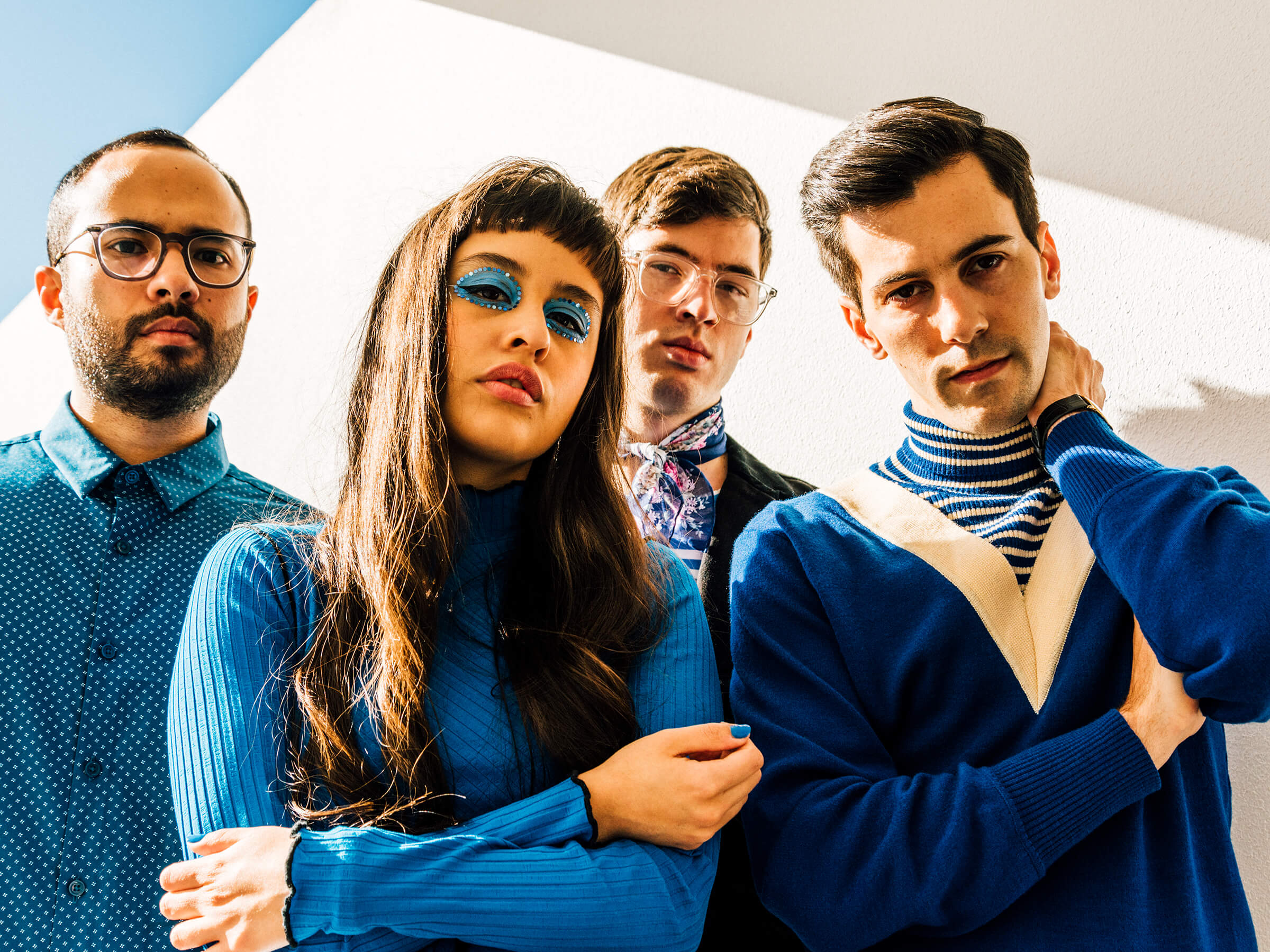 Imagine breaking up with someone you’ve been dating for ten years. You’d probably want some space, right? Cody Swann and Zahira Gutierrez of Wild Moccasins went in the opposite direction, jumping straight into a two-year tour directly following the dissolution of their decade long romantic relationship. In processing this breakup while remaining together as a band, the two channeled their complex emotions into an album, working through their shared heartbreak musically and solidifying their friendship along the way.

Today we’re premiering “Boyish Wave,” a synthy dance-pop anthem with a melancholic edge, and the first look at the band’s upcoming album. I caught up with Zahira and Cody after their sound check in Nashville, and talked about weddings, the color blue, and how to transition from dating to friends.

ANNA WHITE: We’re premiering “Boyish Wave”—tell me a little about the song!
ZAHIRA GUTIERREZ: “Boyish Wave” is about kind of deconditioning ourselves from what society says we can or can’t do in love.

Zahira: It’s a song about being single and then dating, and having other people tell you that the people that you are dating are damaged goods, but unfortunately it’s this thing that society puts upon us, this stigma of “that person, she’s slept with with so many guys” or like, “that guy, he’s a man slut,” and it’s a song about being like, you know what, I don’t want to be shackled to these thoughts anymore.

Did anything specific bring this topic to mind?
Zahira: This is the first song on the new record that’s going to come out for us in the summer, and the record is actually about Cody and I splitting up—after dating for almost ten years and being in the band together for ten years, we decided to break up.

Oh man!
Zahira: Yeah, the whole record is about what we went through after we separated from each other but continued doing the band, and “Boyish Wave” is particularly about Cody going out and being single and dating. People trying to tell you who to date, why you can or can’t date someone—it’s like the song is kind of your way of talking yourself through those emotions and why it doesn’t make sense or why it’s wrong to think that way.

Cody: Us breaking up after that many years, and being greeted with so many rules that we didn’t even really know existed, and kind of calling bullshit on that.

What was it like continuing to be in a band after breaking up romantically?
Zahira: It was really difficult at first. With most breakups, all you’re feeling are these horrible emotions, they kind of take over you, and you’re doing things that you wouldn’t normally do to each other. We broke up right after we released our last record, so we essentially broke up and then we decided to tour for two years straight.

OH NO!
Zahira: Yeah, it was pretty bad timing. But it was also good because it forced us to continue the dialogue with each other, and continue the conversation, so we already knew what the next record was going to be.

Cody: We were already writing the songs in the van on the tour, or at least the blueprint for them.

Cody: You were writing lyrics that were petty, and then I would take your petty lyrics and use them in my next song.

Zahira: Yeah. Whenever you’re so blinded by your emotions towards one person it’s kind of hard to see that light at the end of the tunnel, but luckily I think we saw it pretty early on and realized we could actually get to it.

That’s amazing! Did you ever consider breaking up the band, or was that never a question?
Cody: No, I think that’s the kind of thing that just happens if it happens—you try to be partners musically first, and if you’re not working at that and it’s too difficult to be around each other I think we would know instantly that it wasn’t working. I think in the back of our minds we felt like there was something to strive for.

Zahira: We both had this feeling that we needed to continue; we knew that making the record would be worth it in the end.

Cody: It’s weird when the thing that makes you feel good when you’re at your worst is to express yourself, so it felt like we couldn’t break up the band, because our therapy was to make songs

Visually, there is a very specific blue color palette for the recent visuals you’ve released for the upcoming album. Is that significant?
Zahira: It is! The album cover has not been released yet, but we worked with an artist who we are very about, and he works with a lot of blues. I also thought, because of the concept of the record, blue was a very fitting color, whether it’s vibrant or greyish blues, so that when people think of the album they think of that color.

Cody: There’s also a lot of white in everything—it’s not revealed as much in the photos released so far, but I think a lot of the theme is blue and white. This album to us is kind of like our false marriage. We wound up breaking up, and the album is kind of our ceremony to each other, and white is so associated with marriage, so in making this album we got to have that come to fruition.

I love that so much—tell me more about that.
Zahira: Right after we broke up, we ended up going to a wedding that we RSVPed to go to together before we broke up, but we hadn’t told our friends that were getting married that we had broken up yet. One of the main reasons we broke up is because we knew we weren’t going to get married, and so watching our two friends getting married and commit to one another is just something we thought about a lot. The wedding scene.

That’s interesting. Especially because even though you ended one kind of commitment, the romantic relationship, you stayed in a band together—that’s a whole other kind of commitment.
Zahira: Absolutely. We both love playing music so much and we’ve gotten so good at writing together that we thought it would be such a shame. I’ve also always kind of considered the band to be the child that we both take care of after the divorce, you know—it’s this thing we’ve had for over ten years, we can’t just throw it away!

How has it been evolving together creatively for that long?
Cody: I think traveling helped—we always had something new to tackle.

Zahira: Yeah, and I think sharing so many experiences together over all this time has made us grow creatively in a way where it just makes sense. We’re very different people when it comes to making music or making art and visuals, but because we’ve been around each other so much we know how to make it fit together.

Cody: We know the positive and the negative and how to complete each other’s sentences, whether it be artistic or musical. And to answer the question of how we’ve been able to do it this long, I mean, we’ve had plenty of reasons to not keep doing it, in terms of what this album is about, but because we can’t help ourselves?

Zahira: Yeah, we can’t help it. We can’t take the easy way out.

That’s a pretty good reason to do it, if you can’t not do it.
Zahira: Yeah! I’ve always thought that things that don’t scare you or make you feel insane probably aren’t worth doing. So I think that because this was so scary, and it was so devastating, it was totally worth doing.

So, when are you releasing the full album?
Zahira: June!

If you had one piece of advice for Rookie readers, what would it be?
Zahira: I guess to stop caring what other people think, especially if there are a lot of negative people around you. If there are any negative people in your life telling you you can’t do something, or that you’re not good enough to do something, just try it anyways, because failing is better than not trying at all. ♦