The rapper talks about representation, confidence, and his new song, “Fenty.” 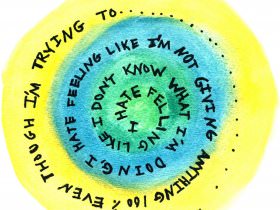 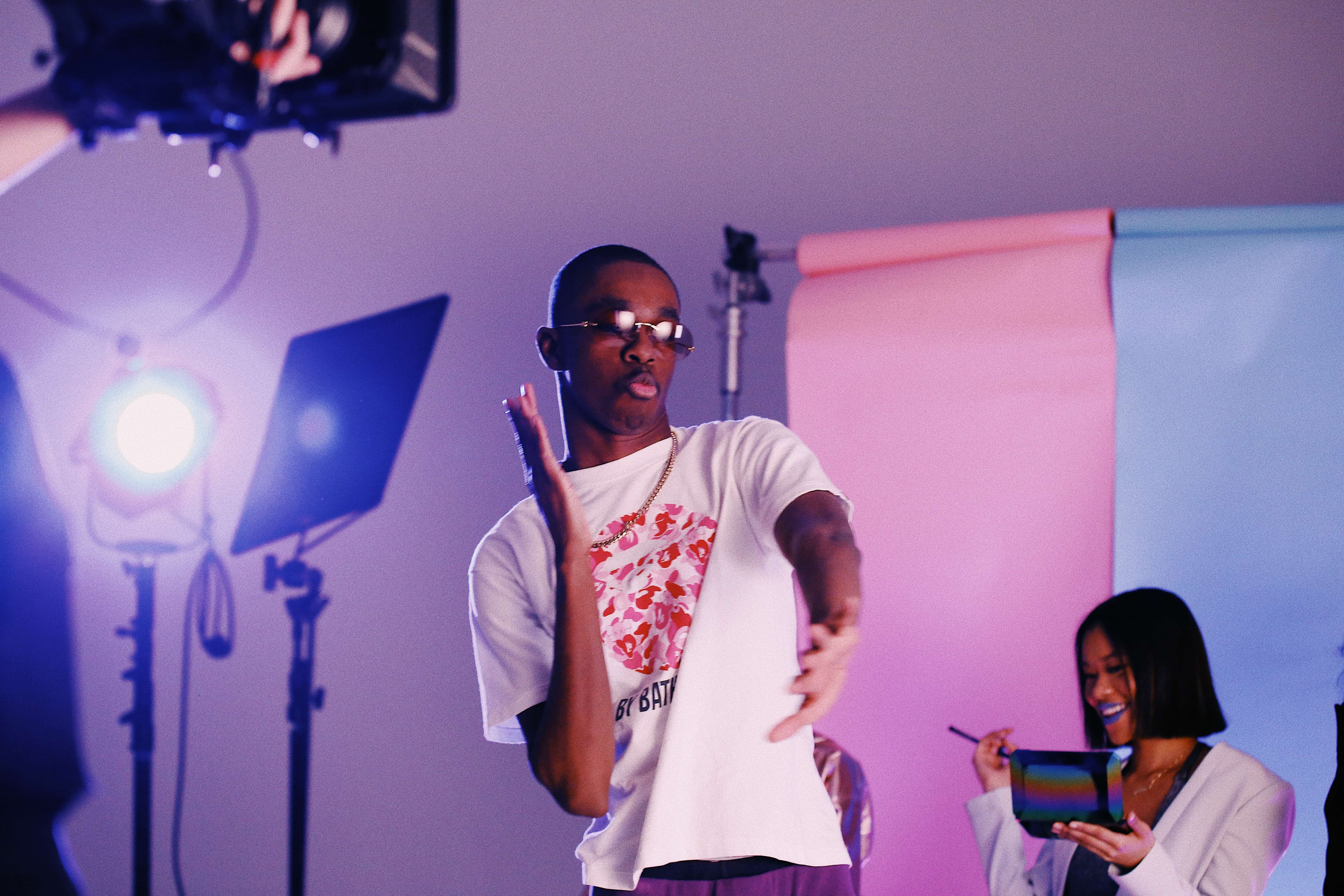 Sam Austins’ latest track, “Fenty,” is so much more than a braggadocious ode to Rihanna’s makeup and clothing line. The Detroit rapper confidently flows over a tropical trap beat that makes you feel like you’re on a futuristic fantasy island. Austins is telling the world he’s just as influential and stylish as the beloved pop star, and encourages the listener to take on that same arrogant persona, coincidentally making it the perfect song to get ready and beat your face to.

The track is a lighthearted follow up to Austins’ last project, Angst, which explored his battles with anxiety and depression. I talked with Austins about range of emotion in his music, as well his Motown upbringing and why the changes we’re seeing in pop culture are so important to him.

THAHABU GORDON: “Fenty” definitely gets me hyped up when I’m getting ready to go out. What song do you like to get ready to?
SAM AUSTINS: Right now my current get-ready song is probably “Ice Tray” by Quavo, Quality Control, and Lil Yachty. Like that song just gets me pumped for life, because, ice tray the gang? Who doesn’t want to put on a whole bunch of diamond chains and go flexxed out, VVS’s everywhere! That’s like the goal song!

Why is the Fenty brand so important to you?
I went to New York a couple of years ago for the first time as an adult, and I went around the time the Fenty clothing line first dropped, and of course Times Square is a really touristy spot, but when you first go there, it’s beautiful. I go there, and the first thing I see everywhere is Fenty! Literally, every single screen was filled with Fenty! I was mind-blown, thinking that this is culture, this is where it’s headed, and that that’s where I wanna be. It’s not just an homage to Rihanna, it’s more an homage to culture and where we’re at, having the shades for all races included.

Do you remember the first time you saw yourself represented in mainstream media?
I feel like as a kid the first prominent figure I related to was Michael Jackson. When I was growing up my parents really had me up on Motown and older music, and Michael Jackson was just like the star of the house. I wanted to be a star, to be like Mike.

When I listen to your music I think of sci fi movies and fantasy novels. Do you have a favorite sci fi movie or video game?
Oh yes! My favorite movie ever is Star Wars! I grew up playing video games my whole life. I love synths, and love synth leads. Synths are big in all sci fi things.I made Angst with the intention of building a world, a soundscape for people to dive deep into. I love things that take you to another universe, and you can just drift away in it. That’s what books do. So that’s what I wanted to achieve within my music. I wanted to paint a whole picture for someone.

”Fenty” has a drastically different sound than Angst. What changed?
When I made Angst, I was channeling emotions that I felt years ago. Honestly, I still feel that anxiety sometimes, but the thing is, we’re not just one thing, we’re whole people. So I can make a song like “Fenty” which is happy and positive, but then I can also know about the other side of the moon. If I just focused on that one side, I wouldn’t be giving you the whole spectrum of a person.

A lot of your music deals with proving wrong those who doubted you. How do you block out your haters?
Where there’s hate, there’s twice more love, there’s triple, quadruple the love. The hate is one thing, but the love is what pushes me, because I know there’s more out there to get. There’s more people that don’t know about me, there’s more people that don’t know that love to give yet. So I wanna find that. I don’t care about finding the hate, that just comes with it.

You’re getting so much support from your hometown, cosigns from different rappers in like Big Sean and Black Milk. What does it feel like to get so much love from the city you grew up in?
I just love that I represent a part of the city that hasn’t been represented yet. I look up to guys like Big Sean and Black Milk. Those dudes, they paved the way for Detroit in ways that I wanna do in my own way.

I feel like I’m just going the way I wanna go about things, and people are picking up on it and finally coming around. ♦