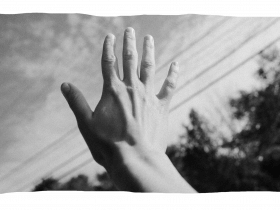 How to Travel With Friends 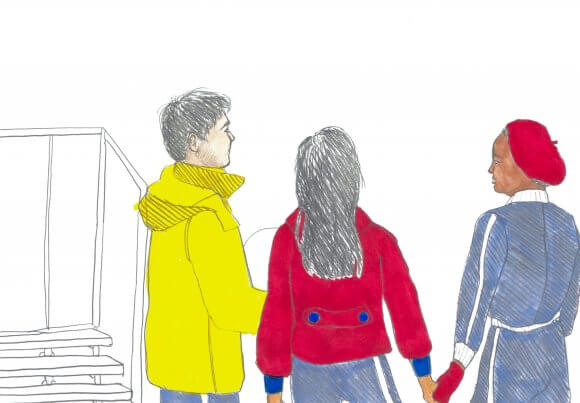 March’s theme is Team Spirit: the life-affirming joy of community; hometown pride (or what happens if you don’t feel that, or move around a lot, or just want to get out); the feeling when you don’t quite click with a community you’ve been assigned; the mixed bag of emotions that come with everyone’s family history; the love you might find in a family you create for yourself out of friends and mentors; the bond forged by a group when there’s a larger task at hand—say, a sport or a play or a group project—and the thrill when that carries over into the rest of your life (or, if it doesn’t, the sacred memory of what happened in the group vacuum); what happens when patriotism becomes nationalism and nationalism becomes violence; the sense of larger existential belonging that people seek in clubs, cliques, classes, religions, activist groups, and even hate groups. Some people seek community in order to find themselves, some to disappear; for many, these feelings are one and the same.

Here are some things I’ve been reading lately that deal with that specific search:

+ This short story by Jeffrey Eugenides, author of books like The Virgin Suicides, alternates points-of-view between a college student who’s trying on different identities and an older man remembering when he did the same. I love the way it shows how, even over the course of one night, Who You Are can seem to change so rapidly based on the jacket you choose to wear to the city, the poem you choose to read on the train, the guy or girl you choose to visit, and how long you choose to stay. Everything feels like both a referendum on your place in the world for all of eternity, and a fleeting experiment.

+ “To Be, or Not to Be” by the journalist and activist Masha Gessen is a thought-provoking, heartwrenching timeline of her identity as it’s been defined and redefined by place, religion, illness, sexual orientation, gender, and the communities provided by each. Gessen wonders, too, about the timeline of an alternate-universe version of herself who did not emigrate to the U.S. from Russia as a young adult. “[A journalist] asked me which I liked better: being a Russian in America or an American in Russia. I was furious—I believed myself to be a Russian in Russia and an American in America. It took me many years to come around to liking being an outsider wherever I go.” I was particularly moved by her description of a gathering in the woods with other people who were “trying to figure out how to be Jewish in a country that had erased Jewishness,” and by her understanding of why the possibility of transitioning genders had not occurred to her sooner: “…for thirty-nine years, ever since my parents took those documents to the visa office, I have felt so precarious that I lay no claim to someone I ‘really am.’” Toward the end of the essay, Gessen examines Donald Trump’s resentment toward those who exercise their right to belong in the world as themselves, and to find the communities they deserve: “Totalitarian regimes aim to stamp out the possibility of choice, but what aspiring autocrats do is promise to relieve one of the need to choose. This is the promise of ‘Make America Great Again’—it conjures the allure of an imaginary past in which one was free not to choose.”

+ Christian Picciolini was recruited by a neo-Nazi group as a teenager. After eight years of carrying out the group’s violent agenda and fronting his own white-power punk band, Picciolini began to question white supremacist ideology and disengage from the movement. In 2011, he cofounded a nonprofit to help other members of hate groups do the same. These interviews with Picciolini detail the tactics with which hate groups recruit young people who are desperate for a sense of community. Of his own recruitment, he tells Vox:

“I wasn’t raised a racist. My parents were often victims of prejudice because they were Italian immigrants. So it wasn’t a foundation of who I was. But what I was searching for, just like every young person who is vulnerable searches for, identity and community and a sense of purpose. [Clark Martell, a neo-Nazi leader] gave that to me when I felt very powerless. And the racism actually came later.”

No one in the U.S. is raised without racism; white supremacy is so foundational to U.S. institutions and embedded in our culture that it shouldn’t be overlooked as a force in neo-Nazi recruits. But the questions of self-concept and belonging which motivated Picciolini are so recurrent in human behavior and history that I was reminded of another powerful read: “Who Goes Nazi?” by Dorothy Thompson. Written in 1941, Thompson imagines a series of fictional dinner party guests and evaluates each one’s potential to “go Nazi.” She emphasizes that race, ethnicity, and religion are not the deciding factors, while also showing how self-concept and the world’s prejudices are inextricably bound. She writes, for example, of a Jewish guest, “He loathes everything that reminds him of his origins and his humiliations. He is bitterly anti-Semitic because the social insecurity of the Jews reminds him of his own psychological insecurity.” No one develops their self-concept in a vacuum.

+ One thing I share with anyone who tells me they feel overwhelmed by the online communities and discourse around all of the above issues is “Excommunicate Me from the Church of Social Justice” by Frances Lee. Like Thompson, Lee accounts for the way we see ourselves in relation to other people as a huge part of one’s development and expression of political beliefs, especially online. Again, recurrent human behaviors—like perfectionism, paranoia, and groupthink—don’t dissipate whenever there’s a larger moral question at hand. Lee also makes the case that every individual must find a form of activism that works best for them, and the communities where they can be the most educated and productive.

+ “Thresholds of Violence” by Malcolm Gladwell has been recirculating since the school shooting in Parkland, Florida, last month. Gladwell examines the spread of school shootings, and why so many of the young men who commit them seek to affiliate themselves with past shooters; to embody that archetype. A sociologist who analyzes videos made by school shooters notes that the boys “actively take part in associating themselves to a group.”

+ Like many, I feel deeply inspired by the Parkland residents—students, parents, and teachers alike—who have organized themselves against gun violence in response to the trauma they were forced to endure and the policies which made it possible. Their bravery in taking on the National Rifle Association, gun rights advocates, and N.R.A.-supported lawmakers like Trump, is a sight to behold. There’s so much to learn from these activists’ numerable news appearances, columns, and Twitter takedowns. In anticipation of the #MarchForOurLives they have organized to take place later this month, I recommend this timeline of youth protests throughout history.

+ And finally: Spend time with this roundup of eight photographers’ portraits of Black LGBTQ communities. More than anything, this month is about how vital such feelings of companionship and support really are.

What (or who!) does Team Spirit make you think of? Send us your written, photographed, illustrated, collaged, animated reflections on community through our Submit page, or by tagging #lookrookie on Instagram. And thank you, as ever, for being part of this community.