“Stories change you, and you change the stories.” 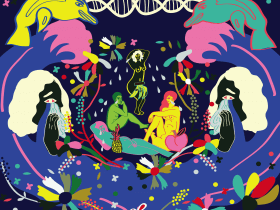 You Are More Powerful Than You Imagine 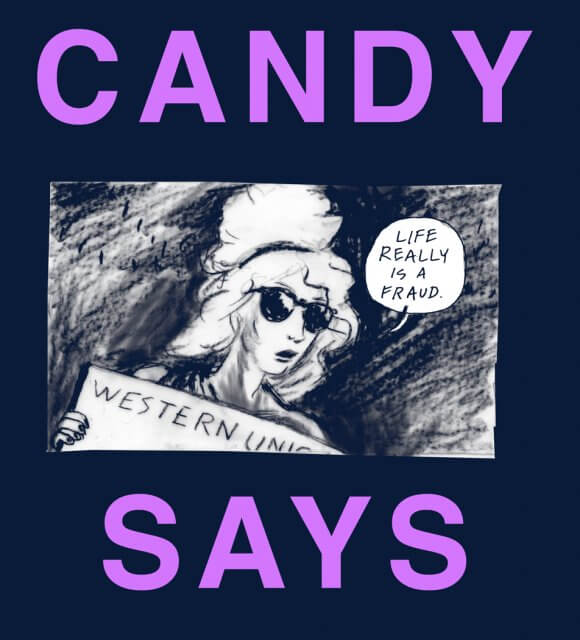 My middle school art teacher loaned me a cassette of the Smiths’ Louder Than Bombs, a singles compilation. I listened to it on my bed and thought, I’m not quite ready for this yet… The singer Morrissey’s swishy, fey, gender-ambiguous singing and lyrics were among the earliest pieces of queer art that I had ever experienced. (In recent years, the guy has revealed himself to be all kinds of slimy.) I asked my art teacher if he was gay and she implied that she thought he was bisexual.

In cycling through a rabid Smiths and Morrissey fandom over the next several years, I discovered the face of trans icon Candy Darling on the cover of the Smiths’ single “Sheila Take a Bow.” Around then, I discovered the Lou Reed song “Walk on the Wild Side,” which was about Candy as well as Holly Woodlawn, a brilliant Latina trans woman performer, and Jackie Curtis, a writer/performer, all within the 1970s New York scene. I also found “Candy Says,” the Velvet Underground song written to be one of Candy’s inner monologues.

While in art school in Minneapolis, I toyed with the idea of making a comic about Candy. I saw a film she had starred in and improvised some of the dialogue for, Women in Revolt, produced by the Pop Art P.T. Barnum, Andy Warhol. I watched it with some girlfriends, Abby and Whitney, still identifying as a cis boy at the time (I’m a trans girl). I wondered aloud if I might make a comic of Candy’s life, in limited colors like an old newspaper comic strip. Years later Abby, who’s cis, told me that a trans guy friend of ours had remarked at the time that I seemed to really want to be one of the girls.

Through some internet searching, I found out about this guy Jeremiah Newton, who had been a friend of Candy’s as well as a veteran of the Stonewall rebellion of 1969. I found out that Newton taught at NYU, close to my childhood home of New Jersey, and that he was producing and appearing in a documentary about Candy called Beautiful Darling (which turned out to be gorgeous but deeply flawed). I interviewed him for a possible comic in 2009. We talked about the recently released Milk, the Gus Van Sant film about San Francisco’s first gay mayor, Harvey Milk. Jeremiah, who went by Jay, said that he considered Milk to have been a nasty person and preferred the character in the film played by James Franco. “He goes to NYU, he visits me sometimes,” Jay said of Franco in his thick New York accent.

Jay reached into a box and gave me a pink book—a compilation of Candy’s diaries which he had co-edited, called My Face for the World to See. As I read the book on the NJ Transit train home, I saw Candy’s young feelings before me: her berating herself for her feelings, calling herself a “self-imposed martyr.” I recognized those feelings with shock. I emailed Jay and wrote that I was putting the project on hold. I told myself it wasn’t because of gender feelings, but because of the psychological content that I identified with so strongly. “You must be yourself no matter the price,” Candy wrote, but the price was too high for me at that time, and for long after. The price for you too might be too high right now, and that’s okay.

When I moved to Chicago after college, I bought a DVD of Women in Revolt in Lincoln Square. When I got to the bus stop, I checked my bag for it, and realized it had fallen out somewhere. I searched the dingy concrete beneath the Western Brown Line El stop, but I’d lost it. The loss seemed to be another sign that I should put away the project of documenting Candy’s life in a comic book.

In 2011, feeling rusty on comics and wanting new direction, I took the cartoonist Frank Santoro’s comics correspondence course online. Because I knew Frank was from Pittsburgh, I thought he’d love the idea of me going to the Andy Warhol Museum in his hometown to see the letters, diaries, and photos that Jay Newton donated after Candy died of cancer.

This was all Jay could carry out of Candy’s childhood home after interviewing her mother, following Candy’s death. In a heartbreaking scene in Beautiful Darling, Jay recounts that Candy’s mother burned the rest of her late daughter’s belongings in the hopes that the mother’s new husband, a very conservative man, would never find out that she had a trans daughter.

A photo in the Warhol museum brought me to tears: a sickly, gaunt Candy clutches a large teddy bear in the hospital as her mother stands behind her. Candy wrote a note to her friends from the hospital: “Unfortunately before my death I had no desire left for life…I am just so bored by everything. You might say bored to death. Did you know I couldn’t last. I always knew it. I wish I could meet you all again.”

I spent a lot of time sobbing on the couch at my new home in South Philly, and saying to myself, “But what if I want to be whole?” and almost knowing what that meant: I had to transition. My life fell apart during a breakup, transitioning, and dealing with childhood sexual trauma, and the comic about Candy that I began for Frank’s course fell by the wayside yet again.

A year or two later, now living in West Philly, I created the comic “Pictures of Candy” to submit to Rookie. It wasn’t published here, but I self-published the comic along with a story called “Body Language” in a comic book called Screentests, named after the Warhol series of pieces, with the help of a Leeway Foundation Art & Change Grant.

It seems prosaic to say that I struggled for so long to make a piece of art, only to have the pieces fall so simply into place many years later. Stories change you, and you change the stories. A flower that takes longer to bloom is just as beautiful. ♦