All the Way Home

On leaving one idea of home and finding new ones. 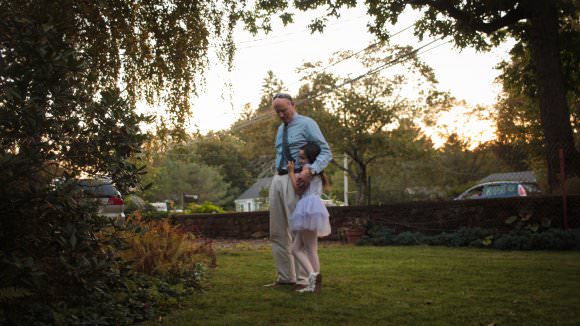 “Hey honey, it’s just Dad…calling to see how you’re doing. Miss you, love you, hope you have a great day. Bye!”

In October 2016, there was a moment when I saw the future I’d meticulously planned for crash and burn. Now, I’m being dramatic for the purpose of relaying exactly how my teenage brain works, but really, everything that I thought I was sure about wasn’t so concrete anymore. My dad interviewed for and was offered a job in Providence, RI. A family meeting was called to order and within twenty minutes we decided our fate. This meant leaving Philadelphia, where I was born and raised, and though leaving everything I knew and everything I assumed would happen as I grew into a young adult was scary, I was determined to accept the verdict as graciously as possible. Certainly, Sunday brunches with friends in Chinatown at our favorite phở place, late night impromptu photoshoots in my neighborhood, and bike rides alongside the Schuylkill river were history, but change was inevitable.

Almost the entirety of my sophomore year, my dad commuted to Providence every week, so weekends were the only time he was ever home. Everything felt different back in Philly for the rest of the family. Early morning darkness became especially isolating as I stood on the trolley platform alone every day en route to school. In the afternoons, Audrey, my little sister, sat staring at the front door, waiting for Dad to come home. When the jangling of his myriad of keys and the usual “I’m home!” shout rarely seemed to occur, she stopped waiting. Even with the three of us sitting there, dinnertime around the table was lonely and often the only sounds were of my mother’s chopsticks hitting her bowl. One thing that I could count on was a call or a voicemail from Dad at least a couple times a week. However, his electronic presence, whether through the occasional FaceTime or text laden with an embarrassing amount of emojis, was not him. People, you find, cannot be replicated or replaced no matter how hard you try.

“All the Way Home” sprouted from some words that came to me while on a call with my dad. He was on the interstate driving home, and he said something about the sunset, which was especially beautiful and pink. Right outside my own window was the same sky, brilliant magenta blended into a magnificent orange, and all these giant, puffy cotton clouds. It looked like one of Dad’s paintings, almost as if he painted it just for me. All of it, the 600-mile round-trip, the lonesome apartment where he laid his head to rest on weeknights, was for us. So that’s what the song is about: that bittersweet feeling of wanting to be with your loved ones, even if it takes a journey to get to them.

Though we live in a rented cottage on the outskirts of an unfamiliar town, though I am a city girl at heart, and though I am hundreds of miles from the place I grew up, I feel more at home now than I did a year ago. Every morning, my dad drives me to school, and sometimes we stop to get coffee. Every evening, he comes home and my sister hugs his legs and sets a place for him at the dinner table. Every night, before I go to bed, I tell him goodnight instead of goodbye, and he tells me to have sweet dreams. If there is one thing I learned within the last few months it’s that home is not only a physical place, and while there’s definitely something to be said for the comforting familiarity of the house you grew up in, home is wherever your heart is. Cliché, perhaps, but sometimes loving and being loved is corny and that’s okay.

Of course, I miss my friends and family back in Philly. I’ve been navigating a tricky road, with trying to maintain my new quaint, suburban life with new friends and a new school, and then going back all the time to visit the city I spent 16 years of my life in, because I can’t help but feel a special affinity for that place and its collection of buildings. I do miss my life there sometimes, and I do think about what could have been. Life, especially as a teenager, is endlessly complicated and confusing and messy, and that’s something I’m gradually coming to embrace.

The all-encompassing idea of ‘home’ is not something I’ve ever questioned. There was never any need to. Once, when I was four, I moved from my Chinatown loft to a townhouse, only a mile away. My grandparents lived just three blocks west. My neighbor, Margaret, was maybe 20 steps across the street (which I’ve walked barefoot a million times) for whatever brownie pans I needed to borrow or a heartfelt talk about life and its happenings. I met my best friend, Hannah, in third grade. There was always a place among the 1.568 million people in Philadelphia that I fit into perfectly, until I realized my naiveté. After all, utopia cannot exist. ‘Home’ isn’t an absolute. By nature, we want to reduce everything to the simplest terms and stick it neatly inside a box that fits beneath our bed. If only it was so easy.

Home. It’s something a lot of people want and don’t have, it’s something that many have and take for granted, it’s complex and comprised of beautiful memories, bitter feelings, hope and heartache. It’s a place with walls and a roof, streets you’ve walked a million times, but it’s also your sister, and the neighbor who babysat you for years. I don’t think I’ll ever feel totally at home in this little New England suburb because part of me is stuck there in Philadelphia with all the other people I love. Despite this, I feel that I’m exactly where I’m meant to be right now, forging another place I can belong. Because maybe it’s what you make for yourself. Maybe different pieces of home exist in different places at the same time: under the floorboards of the room you grew up in, safe in the embrace of your best friend, in your grandparents’ kitchen. ♦ 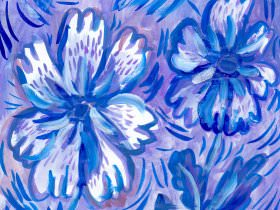 How to Give a Real Apology