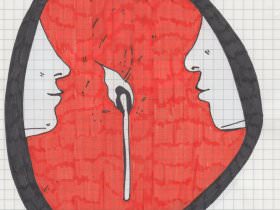 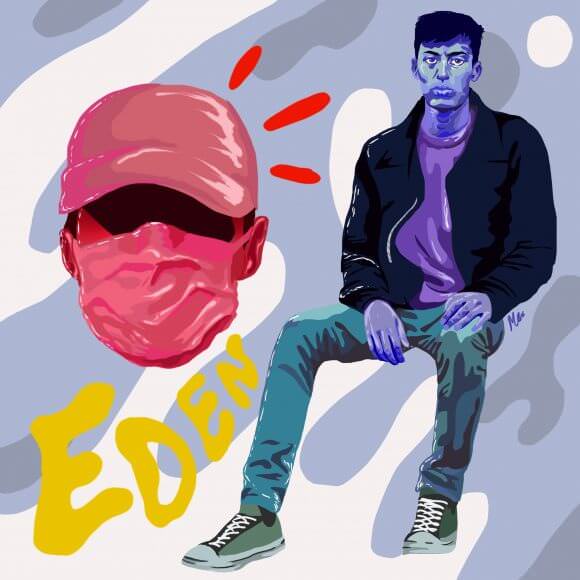 Jonathon Ng, the vocalist/producer/multi-instrumentalist known as EDEN, is already having a majorly exciting year. Today, he releases his debut album, vertigo, along with a video for the song “float.” You can catch his intimate electro-pop on his world tour, which kicks off in March. To celebrate his album release, we asked him to share the songs that changed his life.

I played this on repeat for months and months. When I was seven or eight I was pretty obsessed with Curtain Call, and “Mockingbird” became my first leap into songwriting. I literally took his whole song, flow and cadence, and just replaced the lyrics with my own. The fragments of it I can remember are really terrible, but really important for me. From there, I started writing my own songs, and as I learned more musical instruments, I started writing the music too.

From the weird noises and crowd sample in the beginning to the stunning vocal performance, this song captivated me. I love so much of Michael Jackson’s music, it’s always difficult to choose any standouts, but when I think back to when I was a kid dancing around to his CDs I would always skip to this song and start there. From the drums, to the strings, to the huge chorus, this song has had a huge influence on me as a musician.

3. “Somebody To Love” by Queen

When I first stumbled across this song, I had never heard voices and harmonies used like this. I used to sing Queen songs for hours, and much like MJ, it is so difficult to pinpoint a favorite; but this song has such a complex structure while every second remains as catchy as the next. I found Freddie Mercury’s vocal performance so infectious, and the way the song breaks down and builds was irresistible.

Being nine years old at the time, I’m not sure I understood why I loved this song so much. The expansiveness of the sonics felt so groundbreaking to me–the drums and guitar were just massive. And of course the crowd vocals were unlike anything I had heard before.

5. The Black Parade by My Chemical Romance

This album introduced me to conceptual bodies of work. I avoided it for so long as I couldn’t stand the emo association. Then when I finally listened, it catapulted me right into it. I still love this album.

Out of all the songs I have ever played on loop, I think this one spent the longest time without me moving on. Months and months on repeat.

The explosion of dance music like this showed me that I did not need anything more than a laptop to make the ideas in my head. The energy these producers could create was actually a seamless progression from listening to screamo and heavy guitar music for me.

While I had always liked hip hop and had been really into rappers before, this song showed me a different side to how hip hop could be, and sent me back into a love affair with the genre. I think it’s down to the Miguel chorus and the overall tone of the verses by Big Sean.

9. “Sing About Me, I’m Dying of Thirst” by Kendrick Lamar

A brutally honest and cutting look at mortality and the fleeting nature of life. Good Kid, M.A.A.D. City showed me another way of creating a world within a body of work. Such an incredible album.

10. Only Revolutions by Biffy Clyro

Simon Neil’s songwriting on this was exceptional. Lyrically and musically, it was filled with moments that still reverberate through my mind. Possibly my favourite album closing line of all time? Unfinished and young or unhappy and old? ♦