Finding Solutions to Real Problems: An Interview With Gitanjali Rao

America’s Top Young Scientist on her award-winning lead detection device, her inspiration, and the issues she hopes to tackle next. 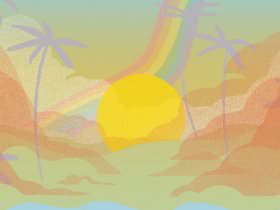 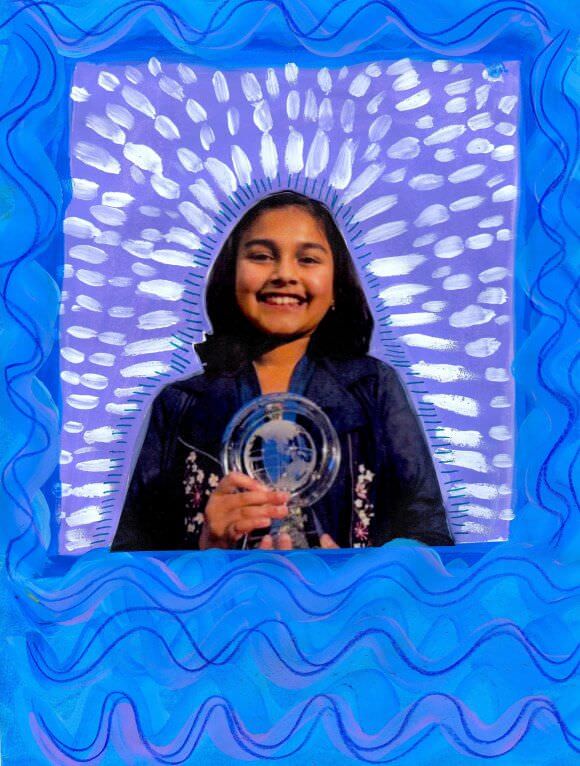 Seventh grader Gitanjali Rao, of Lone Tree, Colorado, first heard about the state of emergency in Flint, Michigan while watching the news with her engineer parents. Stirred by the crisis, which has resulted in an estimated 40% of homes receiving water that was polluted with dangerous levels of lead and other contaminants, Rao resolved to help. She likes “finding solutions to real problems,” so when she heard how difficult it could be to ascertain the lead content of water, she started brainstorming her own way to get it done. After coming across an MIT project that uses nanotechnology to measure harmful levels of gases in the air, she realized that the material was sensitive enough to detect lead in water. She set up a device that sends rapid results to a smartphone over bluetooth, and last month, the invention won the Discovery Education 3M Young Scientist Challenge, which means Rao gets to call herself “America’s Top Young Scientist” and take home $25,000 (which she plans to use to further develop her device). After watching her thrilling video submission for the contest, I couldn’t wait to get to know this genius dynamo.

How lucky are we that she’s just starting out! I can’t wait to see all the other ways she helps people with her brilliant mind in the years to come.

ROSE LICHTER-MARCK: Colorado is a thousand miles away from Flint. How and why did this particular crisis spur your desire to help?

GITANJALI RAO: I often watch news and get curious about issues that impact us. Some problems such as the Zika virus, Malaysian airline disappearance and Flint crisis stayed with me long after I heard it first. Last year with a friend of mine, I tried to come up with an easy way to determine airplane blackbox location, long after its battery dies.

In this project, I was originally inspired by the Flint Water Crisis which I had been introduced through a STEM lab and by watching news. After I learned about Flint, I continued to research and follow it for the next couple years. Then, I saw my parents testing for lead in the water and that is pretty much what sparked the idea. When I saw my parents testing for lead in our water, I immediately realized that using test strips would take quite a few tries in order to get accurate results and I really wanted to do something to change this, not only for my parents but for the residents of Flint and places like Flint around the world.

Your parents are engineers. How have they encouraged your scientific exploration?

I have had immense support and encouragement from my parents as I continue to build and develop different project ideas. My dad introduces me to new technologies he comes across or sends me resources if he reads about something new. He sometimes simplifies the concept in such a way that it is easy for me to understand. My mom, on the other hand, introduces me to daily news that impacts people and has always played games with me and my brother about day-to-day problems and finding creative solutions! Apart from that, my parents help me acquire the materials I need to perform tests for projects that I pursue.

Is this the first time you’ve used nanotechnology? What other devices have you built?

This is the first time I have used nanotechnology for my experiments. I had a concept of using metamaterials for blocking laser light for pilots, but in my research I found out that some company had tried that before. I was originally inspired by the MIT Materials Science Research Department. I had read an article about “Carbon Nanotubes being used as hazardous gas sensors” and that is what sparked the idea. One of my first inventions was a chair that went underground to save space and increase our world’s population. There was one more on blocking pollen using an electrostatic field. That was a joint effort with a friend. Another recent device is a snake bite detector tool that measures the severity and type of venom injected during a snake bite using thermography.

What was it like to collaborate with Dr. Kathleen Schafer, an adult already established in her field? Were you intimidated at all? What did you learn from spending time with her?

Dr. Shafer helped me so much throughout this whole journey. She helped me a lot with my experimentation plans and making sure I wasn’t immediately rushing to the next steps. On the first Skype call, I was a bit nervous to talk to someone so knowledgeable and an accomplished scientist, but as soon as I started talking to her, she made me very comfortable and I wasn’t nervous at all.

I learned to be diligent and persistent from Dr. Shafer. She always listened to my failures and provided me alternate paths to keep moving ahead. She taught me to reach out and ask for help. Before, I would hesitate to ask a question to someone whom I haven’t met before. But Dr. Shafer encouraged me to reach out to college professors and high school teachers for either space to perform my tests or to ask a question related to my research.

How did it feel to watch your concept come to life over the course of the competition?

That is hands down my favorite part of the entire scientific process: Watching a simple and conceptual idea slowly come together with wired processors, 3D Printed Cases, batteries and CNTs! When I had originally thought of this idea, I was unsure how I would bring this all together, but after I pushed through a summer with a couple obstacles and roadblocks, it all eventually started to become reality. I still have to complete some false positive testing and tune my device. Now I’m confident.

You named the device Tethys, for the Greek goddess of fresh water. Are you a mythology buff?

I have visited Greece and Egypt, and I am fascinated by the mythological characters and their interpretation by ancient people. Hence, when I create anything, be it art, craft, team names or devices, I tend to use mythological characters that represent my work. My snake bite detection device was called “Asclepius,” god of medicine and has a symbol of a snake.

I know you regularly peruse the MIT Materials Science and Engineering website. What other websites or magazines do you read?

A few other magazines that seem extremely interesting to me, which feed my project ideas are Discover Magazine, Popular Science, and National Geographic.

I love the video you made for the competition, especially because you seem so excited in it. Do you like talking about your work?

I really enjoy explaining my project to others not only to tell them about the device and the tests I performed but also to spread awareness about the problem of lead detection or any other problems I want to solve. The tough part for me in the videos are to consolidate all that I want to say in few minutes.

What’s the response to your big win been like at school?

My teachers, friends, or counselors have been supporting me throughout my whole scientific journey. After I won the Discovery Education 3M Young Scientist Challenge, my friends were ecstatic, they congratulated me and burst into applause as soon as I entered the room. Though it’s a new school for me, I never felt like a new student here and every person has been very kind to me and that’s the best thing I like about my school.

Do you have any heroes, scientific or otherwise?

Of course, my main heroes are my parents, who always support and encourage me to keep going with my ideas and who provide me the necessary resources to make them a reality. On the more scientific side, I look up to Marie Curie as a role model mainly because she didn’t just discover two new elements, but she also performed life-threatening tests and put others before herself. That is what a true hero means to me.

What’s your next project?

I am not completely sure yet. However, I would like to do something with gene editing, and possibly tackle the problem of adolescent depression. I dream of a day where happiness can be measured on a scale and diagnosing depression becomes part of a regular doctor visit. I have been on and off researching on this topic for 3 years now, but have not dedicated my entire time here. I call this project my “Happiness Detector.” ♦