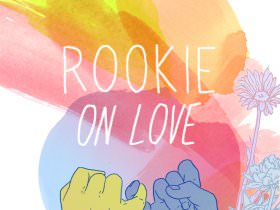 Rookie on Love is Here!

Along with technology, our reactions to moral conflict are—like everything human beings say and do—shaped by how we want to come across. The performative nature of voicing an opinion on the internet can be motivated by the same insecurities and yearning to belong that inform a stylish food picture on Instagram. It’s not like we become altruistic and selfless as soon as morality is brought into the mix. We’re born with fears and anxieties, they’re stoked by life experience, and we don’t always get to choose when we’re acting out of a desire to be liked and when our intentions are pure.

That’s why it’s important we learn to catch ourselves when we’re “safeguarding purity,” in the words of James Baldwin. To think harder about the stories we tell and the roles we play within them (victims, heroes, sages, etc.). Elif Batuman recently wrote in the New Yorker about why the motives behind mass shootings by clinically sane white men are reported as mysterious and inexplicable rather than politically or ideologically motivated. She points out how many of last year’s mass shooters had histories of domestic violence and, clearly, of owning guns. She argues that those histories are political/ideological as well as personal—they are affiliations with patriarchy and with the cult of American masculinity. Likewise, affiliation with ISIS or other ideological motivations are personal as well as political/ideological. Batuman uses Baldwin to understand why Americans continue to insist that political beliefs and personal morals are not one and the same.

“Thinking about the different ruptures that prevent this story from being told, I was reminded of a line from James Baldwin’s ‘No Name in the Street,’ from 1972: ‘I have always been struck, in America, by an emotional poverty so bottomless, and a terror of human life, of human touch, so deep that virtually no American appears able to achieve any viable, organic connection between his public stance and his private life.’ For Baldwin, this disconnect originates in Americans’ need ‘to safeguard their purity’ at all costs—to go to any cognitive length in order to deny that they have profited, and continue to profit, from the suffering of others. How, Baldwin asks, can white Americans live normal lives among the descendants of the slaves who built their wealth? How, for that matter, can men live normal lives alongside women, whose sacrifices and labor were invisible for so many years? How can immigrants from poor and war-torn countries live normal lives as Americans? What Baldwin calls ‘the failure, in most American lives, of the most elementary and crucial connections’ is reflected in the stories we tell, and in the larger stories we don’t tell.”

Believing in one’s own innocence isn’t only pointless, but dangerous. Having any type of conscience obviously means that you want to be good and not hurt people. But doing your part means understanding systemic oppression, and that it is impossible to exist in the world without hurting other people, however indirectly. The increasing social capital on goodness—which I wrote about in December of 2016 and again last April—also motivates the desire to be, or at least appear, morally pure.

Last month, bell hooks spoke on the New Yorker Radio Hour about the #MeToo movement. It has been established that men sexually abuse women to exercise power, but because this cultural moment started with workplace abuse and industries filled with highly visible figures, that idea of power has been defined by wealth, celebrity, and influence, in addition to masculinity. Hooks asks us to go even deeper: An unhealthy relationship to power and sex may start with sexual abuse experienced in childhood. Confronting such trauma, however, would be wrought with emotion that American men are taught not to feel. Also very American is the notion that an early life marked by anything other than bliss is something to be ashamed of (as though anyone’s childhood is without pain). Here, another obsession with purity—with a flawless childhood, a perfect family—puts our society further at risk.

Could there be any link between the obsession with moral purity (having done no harm), the obsession with a pure origin story (having no harm done to you), and a utopia so elusive that it becomes less possible with every passing second: eternal youth?