A video premiere, plus a chat with the singer-songwriter about creativity and friendship. 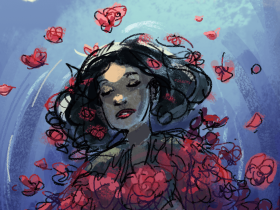 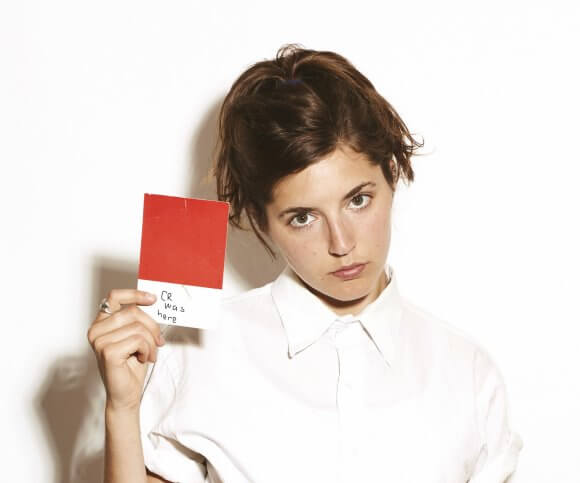 On her second album LONER, Caroline Rose presents an iteration of lonerism that is perhaps a less obvious one–the experience not of being totally friendless, but of being someone who spends plenty of time with friends, but follows that by doubling down on alone time spent reflecting on the self and others. Rose’s adoration of friends is highlighted by the music video we’re premiering today for her playful song “Soul No. 5.” While in the first music video for the album, “Money,” Rose played all of the many deranged characters who occupy the motel the video is set in, the video for “Soul No. 5” is the perfect encapsulation of spending time alone to figure out who you are. Rose dances and bikes alone on Coney Island clad in all red, but truly thrives when with friends, with whom she scooters off into the distance.

Rose’s music has always been interesting, but with LONER, the singer-songwriter is tapping into her personality and her full creative potential, both in the content of her songs, and with the use of synths and other sounds that are new to Rose since her first album. With her newly honed interest in producing, Caroline Rose has made an unwaveringly entertaining album filled to the brim with songs that are at once contemplative and coax the listener to get out of their seat and dance. I talked to Rose about her creative process, friendship, and finding good creative partnerships.

RACHEL DAVIES: While the album is titled LONER, a lot of these songs, like “Jeannie Becomes A Mom,” and “Money,” which you’ve talked about in reference to friends selling underwear to pay bills, seem to speak on a lot of friends, along with many of the visuals being collabs with friends. To what degree do you think friendship is integral to making something, even if you do prefer being a kind of lone wolf most of the time?

CAROLINE ROSE: That’s a really good question because I think part of the album also is coming from a place where I’ve preferred to be alone, but in the last handful of years, I’ve kind of been thrust into a more social atmosphere. I think the people around me have a lot to do with that, making it more comfortable. When I’m talking about my friends and stuff, it is from a more outward-looking-in, sort of voyeuristic approach. But these are also people who are really close to me, so I’m still taking their experiences in and processing it through my own lens, and looking at my own life by way of the people around me and stuff. It’s kind of a symbiotic relationship, and everyone does that in a way. We look at things outside of our world and see how it applies to ourselves. Even the name could be interpreted that way, like a loner’s perspective looking at how they fit into the landscape, and the world around them, and how it’s hard to be an inward person trying to cope with the social elements in the world. Especially today, trying to interact socially via all the digital interfaces we use. It’s kind of a strange process going from a place that’s more introverted and isolated, to one that is much more transparent, like for instance putting your picture on Tinder and having people judge your appearance is slightly traumatic at first, but also gives you a crazy exciting rush. It can be interpreted in a lot of different ways.

With this album, you’ve shifted from your old label to New West. What inspired this change and how did it affect the making of this new album?

Yeah, I actually went through a couple different label situations ‘cause I was trying to find the right fit for me. That’s another thing that takes time. You want to have the right team. It’s kind of like putting a sports team together, you know, you want to have all the right players who are passionate and excited about what it is you’re doing, and what their skill sets are. Everyone kind of brings something different to the table. It took me a little while to find the right team, and now I’m really happy with it. The label I put my last record out with–this is probably boring, I hate talking business-y stuff, no one really cares about business.

I think it’s interesting ‘cause I don’t know a lot about that side of it because no really talks about it.

Yeah, so I guess if it’s interesting, the label that put out my last record, the A&R who signed me, she’s a wonderful friend, I love her so much, her name is Kim Buie. She actually left that label to work at a new label, and I kinda took that as an opportunity to start looking for a new label that fit the sound that I was entering into. That took a lot of time, it’s like trying on different suits, just testing out different producers, and people that you want to work with. As well as honing your sound, like what instrumentation do you want to use, what do you want to say. I also signed with a really amazing publishing company. I’ve always been intrigued by them ‘cause they work with St. Vincent. They work with so many amazing people, I just adore them.

How do you go about finding someone that fits, or how do you know when you meet someone?

That’s a really good question because you kinda don’t until you start working with someone you don’t really know, and I learned that first-hand through working with multiple people who turned out to not really be the right fit. It’s kinda like a marriage–you don’t totally know until you do it, and then you’re contractually working with them, you’re contractually bound to them. It can either be a wonderful marriage that lasts a long time, and it’s happy, and you grow together, or it can be a caustic, brutal situation that you end up not liking. But it’s a good question, you don’t really know, but you can try to make educated guesses. It’s hard because if you look at the history of the music industry, it has been riddled with bad business ventures, bad relationships, and untrustworthy business people. It hasn’t gotten any better. [laughs]

We’ve talked about how you got more into production over the last few years, and I was reading where you talked about the lack of gender diversity in production. Would you ever be interested in just producing on other people’s records?

That’s exactly what I want to do actually, and I’m just now building out my studio. The next step, once we’re done with this album cycle, is I’m gonna be looking for a space to be able to track live, and that other people would be able to track in. But for right now, I’m pretty much interested in producing my own stuff, and producing my friends, and basically anyone who’s interested in experimenting with sounds and with just trying some alternative methods of recording or arranging. I like having that attitude–people who are more open minded to stuff because in these early stages when I’m developing my name as both an artist, and eventually as a producer, I wanna be working with people and try out some things together. I think I would end up learning a lot that way–producing my own stuff, and producing for friends. Eventually [I would have] a body of work that is exciting, and that sounds good, and then use that as a calling card to get more work, and really start thinking seriously about production. But I still feel like I’m at the beginning of it, and it’s something that I want to develop over the next handful of years. I definitely want to be doing that sooner than later.