Why Can’t I Be You: Caroline Goldfarb

The comedian talks about the importance of staying true to yourself. 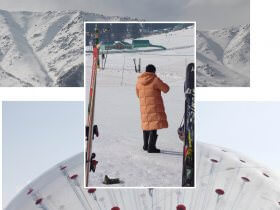 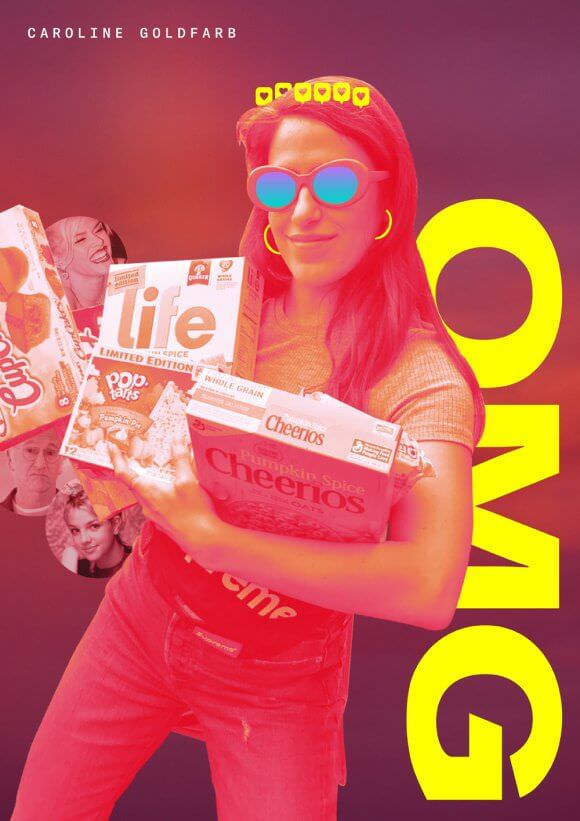 I first started following @officialseanpenn for its curation of celebrities’ internet presences and Lisa Frank-esque Photoshop work. While it mostly just made me laugh really hard, I also felt a kinship with whoever was behind such a delightful satire of—and love letter to—celebrity obsession. That would be the comedian Caroline Goldfarb, and in the years since her account first went viral, she’s taken her voice to more elaborate projects, like the obscure celebrity news video series This Week Had Me Like and super affirming beauty podcast Glowing Up. She’s also written on shows like Broad City, Alone Together, and the upcoming Mostly 4 Millennials.

I first met Caroline through writer, actor, director, and TWHML producer Sarah Ramos. I was a guest on an episode back when the series was a podcast, and have maybe never laughed harder. The show’s philosophy is basically STARS: They’re just like us, except that they choose to become cartoon versions of themselves for mass consumption, forming a perfect microcosm of the absurdity of the universe. (Or at least, that’s my takeaway, and I haven’t found it anywhere else besides Billy On the Street.)

Online content producers are currently expected to make work at a rate like never before, potentially at the cost of career longevity or artistic growth. I wanted to talk to Caroline about how she’s used a fairly superficial medium as a vehicle to showcase her voice, and as a means to more artistically fulfilling ends. Read on for her advice on discovering creative outlets in unlikely places, finding your voice, and trusting your vision.

TAVI: What was your introduction to comedy?

CAROLINE GOLDFARB: The way I’ve coped with life, much like any other funny person, is just by putting up a wall of humor. My go-to is like, How can I diffuse the tension in the room? So I started taking classes at every improv theater that was within walking or bus distance. I did a class at Second City L.A., which is how Sarah and I met, and I’m not gonna lie to you—no one’s really talking about Second City L.A. It’s not really on people’s watchlist. I also took classes at something called the L.A. Comedy Connection Theater in Sherman Oaks—which is the Valley, not a chic part of L.A.—and it was just me and all these old men taking an improv class together. I didn’t care where I was doing it, I was just on a mission to do comedy.

I didn’t really evaluate colleges on whether they had a major I wanted to do or professors I wanted to learn with. I was like, “Does this school have a bangin’ improv team and comedy cred?” That’s why I went to Northwestern. Partially because it was the best school I got into, but also because Stephen Colbert and Julia Louis-Dreyfus went there, and it is kind of the comedy mecca for slightly nerdy kids that aren’t cool enough to just not go to college and go straight into comedy. Doing stand-up there was where I felt like all of my “comedy training” was coming to fruition. I am innately comfortable on a stage and can think on my feet, and I think that came from hundreds of hours of improv training. And I dabbled in anything I could do that was comedy-oriented, like writing humor pieces for the high school and college newspapers.

Where did you go from there? How did you find an outlet for your comedy in jobs that were not comedy-oriented?

I had truly terrible jobs upon graduating. I didn’t know how to get a job as a writer’s assistant, or whatever those feed-in jobs to the industry are. I feel like I applied to be Pauly Shore’s assistant and couldn’t even get that. So I worked as an assistant at smaller companies that weren’t even necessarily in the business, and I couldn’t help but find them to be funny. Not to sound nihilistic and negative, but if you have a day job in your early 20s and you don’t care about it and you find it to be extremely ridiculous and you’re not looking toward upward mobility, it’s kind of freeing in a way. It frees you up to care more about your passion projects and to not get sucked up into the culture of wherever you are.

I remember working in data entry at Variety, in their basement, and there was something really sad about the fact that I went to an amazing university and studied really hard in high school and then I was just like, Am I doing data entry right now? This is pathetic. I fell asleep at my desk not once, but twice, and got fired. I remember thinking that was the end of the world, but I look back on it and find it funny.

Once you started @officialseanpenn, when was the first time you realized it could actually be a business, or had reached a new audience?

I saw people who seemed to be taking their job as an Instagram influencer really seriously, and I was like, OK, I don’t see myself like that, but how can I leverage what I do have and make it into something? I guess things really changed when I was being reached out to by people I respect, and they were like, “You are really funny, I love following you.” The goal is not, I’m gonna fully live off my Instagram! or I’m gonna become @officialseanpenn and walk red carpets! It’s more, How can I be me, and have this side project that people I really respect find funny? Or work with my heroes and further my writing career through this side project?