Writing helps me live with my disorder. 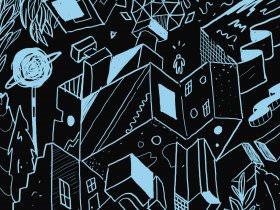 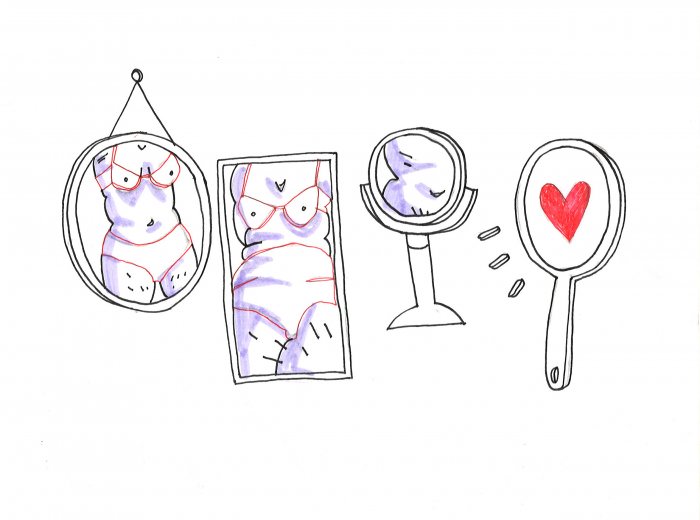 My friend asked me if writing things was just about making ordinary events beautiful. As I began to write a private journal entry about trying to fill a void in my heart with mac and cheese, I quickly realized it wasn’t. Binge eating is tricky to talk about, partially because it can gross out others. Binge eating is a disorder that involves eating large amounts of food in small amounts of time, often causing psychical sickness and mental distress. It affects lots of people, including me ever since I was young.

I’ve had binging episodes since middle school which perfectly coincided with the true beginnings of my struggles with low moods. Middle school was when I first became unhappy and dissatisfied with my surroundings at school and at home. In the afternoon when I came home from class, I would instantly look for ways to comfort myself. That desire latched onto a part of my daily routine: the afternoon snack. I would eat foods I remember my brother finding disgusting like cheese sticks dipped in chocolate pudding and mountains of cottage cheese and peaches. I rationalized what I ate to anyone who noticed it by downplaying how much I ate and emphasizing how quirky it was. People gave me the space to make this the new normal even though it wasn’t sustainable.

“Quirky” snacks developed into large dinner plates. I would heap leftovers out of containers into my mouth while doing my homework. Bowls of steaming rice, canned veggies, and loads of buttery pasta would be consumed in minutes. This cycle became what I looked forward to daily. It was a pleasant part of my life—excluding the resulting nausea. Feeling sick was frequently present but never fatal, never enough to make me feel like I could stop. Truthfully, the only end to me eating dinners as a snack was the person who had cooked it. In an age before my mom trusted my brother and me to order food online or to operate a stove, she relied heavily on us microwaving previous night’s meals when she worked late. She reprimanded me for the first time about my eating habits and briefly tried to stop. In this time I developed coping mechanisms that were destructive to the point that once my parents found out about them I was immediately cut off. Under the commotion that these other paths caused, eating seemed like less and less of a big deal. Binging again persisted. I mostly stayed away from leftovers and returned to large quantities of snacks.

This pattern continued up until my first year of high school when I first began to gain weight—exactly 15 pounds—seemingly all at once. Going from being admired for being a skinny child to having to deal with snide comments about my stomach weight was difficult. I developed body dysmorphic views that didn’t solve my over-eating by a long shot. Even when I limited myself to one apple or a tomato after school I would still go back to my binging after a couple of days. I viewed my disorder as this unstoppable force that I was ashamed to even talk to my therapist about. In my mind, a part of me was controlling everything that was happening like binging was a cruel joke I played on myself. I had binge episodes during my first two years of high school, as I still do today, but I’m no longer afraid to talk about it.

This year, for the first time, I was honest with my therapist about my relationship with food. Towards the end of one of our sessions, after her prodding about how I felt before I overate, I spoke to her about the loneliness, sadness, and discomfort I could experience leading up to an episode. Given my history, this was a pretty simple confession, but it opened up a world of important conversations I had never thought to have. My therapist invited me to rate my episodes, not on a scale of how much I ate but on a scale of how nauseous I felt afterwards. Most importantly, she brought up the concept of mindfulness. I never thought that actively thinking about factors like if I was really hungry, where I ate, and how I ate really could make a difference in my habits.

It would be dishonest to say that I don’t binge anymore and that magically I follow every one of the eating rules I try to set for myself. But after accepting this part of me and learning to be aware of it and the habits that feed it, I feel miles more equipped to deal with my disorder and far less alone.

Writing might not always be about making things beautiful, but I think it should be about being honest. My disorder, like any, is not pretty or glamorous or easy to discard. However, it is a part of me and doesn’t deserve to be buried, especially for the sake of not grossing anyone out. ♦