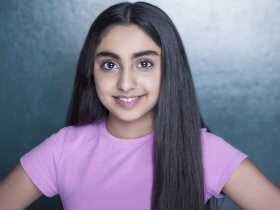 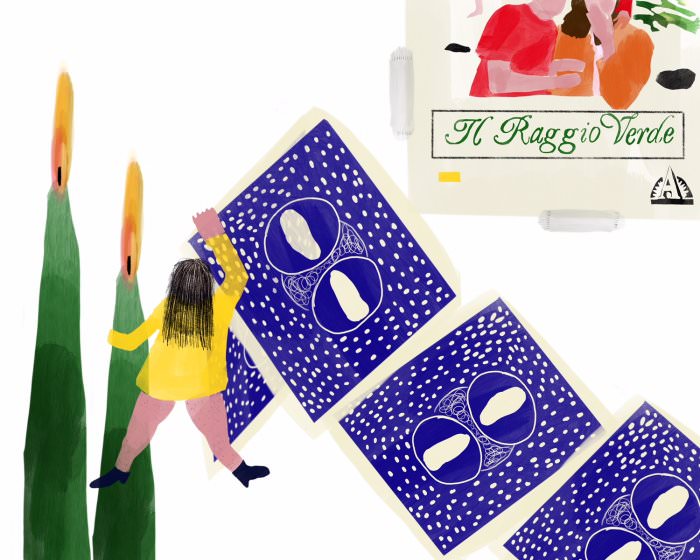 December’s theme is OMENS, good and bad. Tokens, talismans, clues, charm bracelets, secret handshakes, and other meaningful gestures that keep showing themselves. Joy Williams once said, “I think the writer has to be responsible to signs and dreams. Receptive and responsible. If you don’t do anything with it, you lose it. You stop getting those omens.” W.G. Sebald wrote in Rings of Saturn, “What we perceive are no more than isolated lights in the abyss of ignorance, in the shadow-filled edifice of the world.” Sometimes it seems omens are all we’ve got.

Probably because life only really organizes itself around omens in works of fiction, this theme reminded me of some of my favorite movies. The Shining is full of bizarre symbolism which fans are so dedicated to decoding that there’s a documentary, Room 237, about them and their theories. In the end, it feels like a cacophony of delusion, but the obsession and commitment are almost heroic.

Opening Night begins with Myrtle Gordon witnessing the death of one of her young fans, hit by a car while trying to get an autograph. Myrtle takes this as a bad omen, signaling the end of her ingenue years, as she struggles with her first role as an older woman. Finally, the aging actress must imagine killing her young admirer herself, in order to exorcise her demons.

I like any movie where it’s not clear whether the protagonist is right to imagine these omens or not, because that’s how it feels in life—Is the universe speaking directly to me or is it all just in my head? In Rosemary’s Baby, Rosemary’s paranoia is justified, but she can’t quite find proof that people are conspiring against her, so even a magazine cover at the doctor’s office takes on meaning. Scrabble letters become mystical as she re- and re- and re-arranges them, desperate for a message. While running from the occult, Rosemary inadvertently develops her own religion.

Le Rayon Vert (The Green Ray) covers a summer in which nothing really happens, leaving Delphine lots of room to convince herself that everything is happening all the time. Frustrated with her lack of direction and looking for something to believe in, she starts to find significance in the frequent appearances of green-colored objects. She’s dismissed by her acquaintances as silly and difficult, until she meets a new guy, and together they witness the green ray phenomenon—when the sun, as it is setting, flashes the color of her new faith. Her whimsy is validated, or at least shared with another human being.

After watching Le Rayon Vert for the first time, I started seeing green everywhere, like the Baader-Meinhof Phenomenon but with a color that I’d obviously always known about. Lorde’s “Green Light” came out. I reread The Great Gatsby, with the famous green light at the end of the dock. I was in rehearsal for a play, and someone said green is meant to be the best highlighter color for memorization, though I couldn’t find a Google result that substantiated this claim. It jumped out in songs whose lyrics otherwise washed over me, like when Leonard Cohen sings, “They will bind you with love that is graceful and green as a stem.” I spent a month in Massachusetts, in the country, where there was so much green that the backdrop of fields and trees also became the foreground. In a landscape that big and empty, color is its own event. Constantly noticing green like it was some isolated incident when it was, in fact, all around me, was a lot like being in love: something you feel everywhere, all the time, but in a way that doesn’t diminish its specialness.

Then one night, weeks later, when I was back in New York, I ended up in the ER for something a little scary but ultimately fine. At 3 AM, though, it was still scary. The closest hospital that was open was the famously chaotic Bellevue. Nearly every person we saw was either yelling at strangers, unconscious, or a smirking doctor exhibiting schadenfreude. We were moved from waiting room to waiting room until they finally put us next to a girl passed out in bed, clutching her leather handbag like a stuffed animal. A guy she’d only met that night was with her. Then her boyfriend got there, and then another new acquaintance who’d been at the party, too. They were all three meeting for the first time, and my boyfriend and I liked watching these strangers come together under bizarre circumstances. But I couldn’t tell whether or not to read into the possible symbolism: two people this girl had met just hours earlier came along with her to the hospital in the middle of the night. I had been with friends when I passed out and convulsed, but the only person who came with me or even said anything was my boyfriend. Then he nodded towards one of the roommate’s guests, and I saw, on this stranger’s arm, this tattoo: 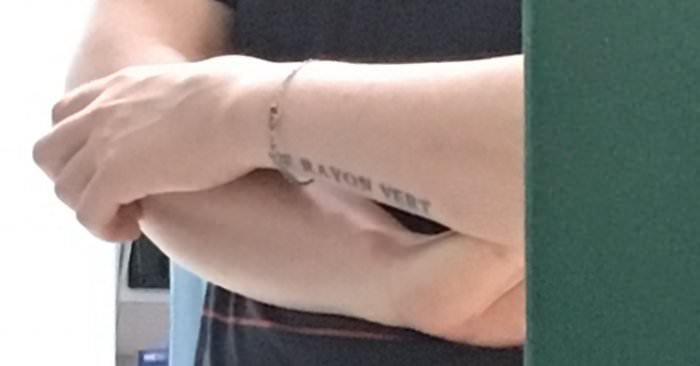 LE RAYON VERT! What were the odds?! The one guy in the history of the world who has gotten a tattoo of the title of that movie explained to us that he’s in New York from Japan just to study screenwriting. The tattoo, he said, reminds him of his job as a filmmaker: “To completely understand another human being.”

In the cab home at 6 AM, the sun coming up to tired eyes, my boyfriend was like, “Is that what that movie’s about? I thought it was saying that everyone’s always in their own story and not understanding each other at all,” and I was like SHUT UP, yes it is, and you know what, even if the guy had misinterpreted it, his getting a tattoo of that interpretation serves as an even deeper commitment to understanding other human beings!

So, that’s what we’re gonna do this month. Try to connect the dots even when we’re way off the mark. Document the inner-workings of our respective systems of belief. Please send in yours—writing, illustration, photography, collage, et al—through our Submit page, and have a good winter break. AND, celebrate the end of this garbage year!