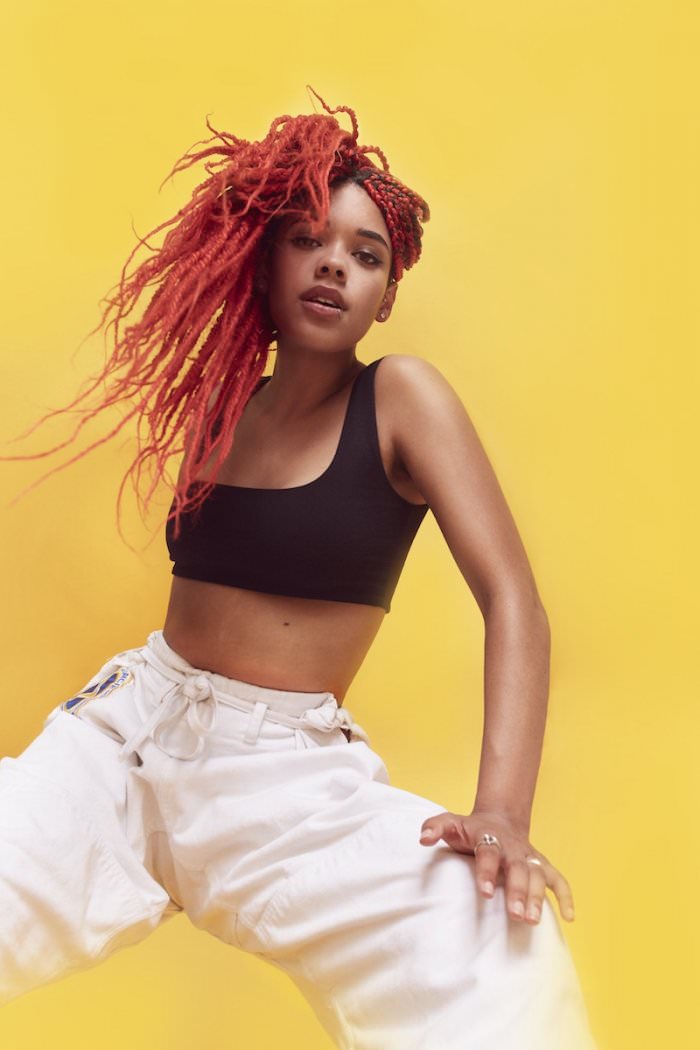 Our theme song for the month is Cassia’s take on a classic Brit-pop dance hit, Tim Deluxe’s “It Just Won’t Do”. I spoke to Cassia last week about her upcoming album, creative control and importance of learning to say no.

ANNA WHITE: I love your cover of “It Just Won’t Do”—what inspired you to cover this song in particular?

CASSIA O’REILLY: I think at the time we did it, I was just going through a really Noughties phase, and that was probably my favorite out of all of those songs. I think we were touring in the States last year, and it came into my head, and I went back to it later and it felt right to do a cover of it. Now the sound might be a bit different from what I’m doing now, because we did it a year ago. At the time I was really loving SOPHIE, kind of pinched that sound a little—well, nobody can really pinch it, but I tried to take some influence from that!

How would you say your sound has evolved in the past year, since you recorded “It Just Won’t Do”?

I think it’s evolved quite a bit from then, but I haven’t released any of it! I’m going to release all that next year. This cover, it’s pretty similar to what I’ve already put out, but in terms of what I’ve been making this year and what I’ve been hoarding, it sounds quite different. I think what I’m doing in a minute is a bit more chill, not so intense, and I’m singing a bit more, which I love, it’s good. It’s quite different from that cover!

Oh wow! So you’ve been recording a lot this year?

Yes, this whole year I’ve just been writing, recording, trying to get stuff done because it’s coming up to an album!

And this is your first full-length album?

Yeah, this’ll be my debut!

When are you planning on releasing it?

Next year it’ll be out there! I think in January—my birthday is the 4th of January, and so I’d like to have it all ready by then and let it out into the world, because I’ve really just been keeping it to myself until it’s ready. Hopefully in January! Not the whole album, but just some more music.

That’s so exciting! I’ll keep an eye out for it! Do you have any tours on the horizon?

No! I’ve said no to a lot of stuff, because I really want to get the music right first, and I think I need to stay still to do that. I toured all of last year, I didn’t spend as much time focusing on the music, and so I want to do it the opposite way this time.

That’s great! I feel like a lot of times as a young artist, it’s hard to say “no” to things that seem like they could be opportunities, even if you know that that’s not what you need to do.

Yeah! That’s definitely been the case. I need to do what’s best in the long term, not short term.

You moved to England when you were 17—you’ve kind of grown up in the music industry. Do think this prepared you in a different way than someone who might have started in their mid-twenties?

I think it’s definitely different when you feel like people are watching you. It’s definitely a bit more pressure, and I think sometimes that can cloud judgment and inspiration and stuff. I remember making music when I was younger when I was still in Ireland with my friends, and I remember it definitely feels totally different to how it does now. But I think you kind of just need to shake that off, because at the end of the day nobody cares as much as you do, as long as you’re happy with [your music] that’s the main thing. I think that slipped away for a minute when I felt I was under pressure.

Tell me more about feeling pressure—do you think it stifled your creativity?

Yeah. At the end of last year, I wasn’t able to write anything for about three months—I just signed a deal with Columbia and there was definitely a different pressure I felt. Like before, when I was younger, we’d just vibe and it was for fun, clearly nothing else, and now it’s like a job, I know there’s people trying to make money off of me and that becomes a pressure. I definitely felt it this year, and it got me down a bit. I don’t know, I just kind of managed to shake it off, and get back to a place where I feel it’s just fun again.

How did you move past that?

You just kind of have to get on with it. A lot of times you can just get bogged down by it, and then feel sorry for yourself, I did that for about three months, but I definitely think the only thing you can do is just get on with it, keep going.

In your music videos and photos, you have a very strong sense of color and visual aesthetic—are you a visual artist as well?

I definitely see a lot of stuff—when I’m writing a song I’ll always look at the artwork simultaneously, and I want to do videos for all the songs I’m working on now. I have every little shot mapped out in my head of how I see it lining up with the music—I definitely think visually, I think I always have. But I’m not good at art or anything, it’s just the vibes—I wouldn’t draw anything, it’s more about just seeing it all in my head. I know what I like.

What are your images for the new album? Are there any specific colors or works of art that you feel relate to your new music?

I’ve changed the scheme of things now—I’m really liking red, white, blue and black. I toured with Flume at the end of last year, and we watched the show every night, and there was one song in particular where all of the lights were red and blue and it looked amazing. They’re just power colors, they’re very strong and I’m really into them. My hair is red as well! I’m really into those colors. And the artwork isn’t going to be cartoons anymore, it’s all just pictures that I’ve taken myself, and I might edit them in some way, but basically I’m going to do it all myself from now on.

Yeah! When I’m by myself in a room I’ll be taking pictures on my laptop and just edit them. Before it was all cartoon stuff and animations that I did with my childhood friend, but I think it would just be cooler if it was pictures of me, then the music will make more sense. And trying to do it myself, I think it’s just easier that way. Because if you try to explain your vision to somebody else, I don’t think they’re ever going to be fully able to see what’s in your head the way you see what’s in your head.

I have one more question for you—as a young artist, what advice do you have for Rookie readers?

In terms of life and finding yourself, I’d say find what it is you love and then just do it, and do nothing else. Put your whole life into it, and be excited about it. If you’re excited about something, really excited about it, then other people will be excited for you and they’ll feel that energy. You have to love what you’re doing! ♦