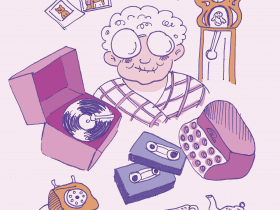 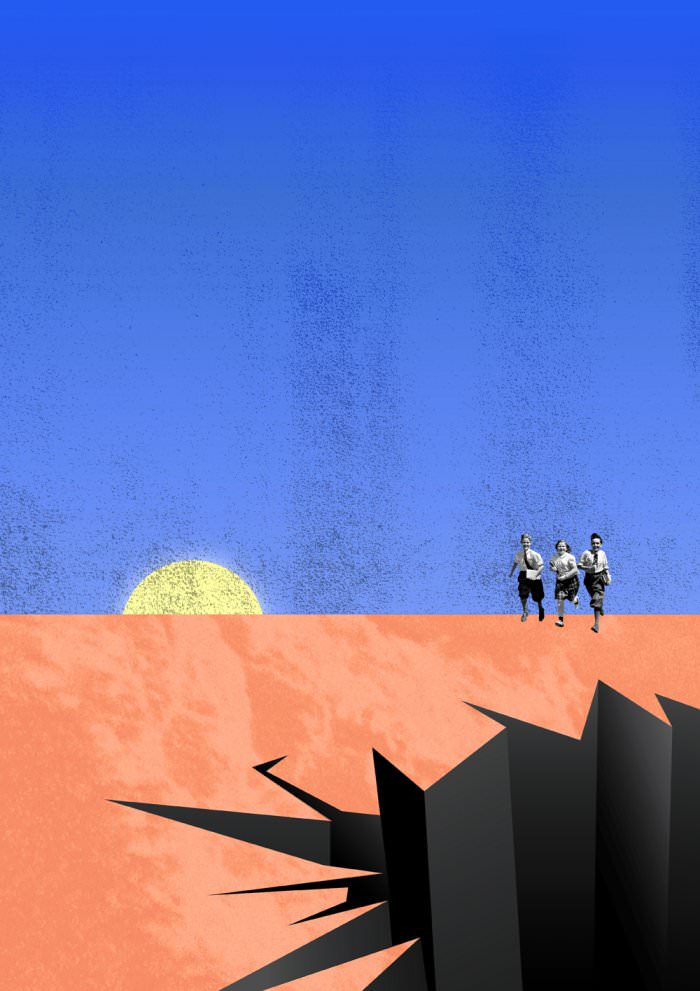 I’ve always thought that the most devastating part of any breakup—whether it’s the end of a friendship or a romantic relationship—to not be the ending itself, but the often slow, painful realization that the tiny conflicts and the passage of time have spiralled into cavernous irreconcilable differences. It’s the worst when you’re aware that something is amiss, and yet you can’t quite turn that awareness into actionable change. It’s a feeling of helplessness, and above all else, I hate feeling as if the outcome of my fate is out of my hands.

Right now, I’m at the point in university where my high school friends and I are beginning to devote ourselves to our specific majors and, as a result of that, our interests are naturally diverging. It’s bittersweet: My best friends are discovering their most highly coveted paths in life—medical school, pharmacy, criminology, engineering, teaching—but the pursuit of those dreams draws us farther apart both physically and socially as we have less overlap day to day. I love seeing my friends find themselves, devote themselves to their futures, and grow into the people they’ve always hoped to be—and yet, selfishly, I wish that we could stay as close as we’ve always been as these life changes establish themselves more firmly by the day.

As someone who is very averse to change, this seismic shifting of friendships has been hard to realize—keep in mind that I’m so in love with the comfort and reliability of staticness that I eat the same variety of soup five times a week and refuse to try anything new, so something as drastic as seeing my high school friendships transform and, in some cases, near dissolution is an enormous, intimidating, and jarring shock. This is a huge change I always knew was coming, but understanding that the friends I’ve had for years are the same people I’m becoming less close with has been difficult to say the least.

For some reason, I always felt invulnerable to this sort of thing in that I never thought I’d ever experience on a large scale—I’d had horrible long drawn-out breakups with close friends before, and I’d had relationships that ended with one big fight, but the snail-paced divergence of paths between me and my closest friends was not an avenue I’d ever considered I’d have to cross. I think I thought, naïvely, that I was different somehow: that sure, friends grow apart, but not my friends. We’ll stick together the exact same way we always have literally until the world ends.

To some degree, I think my friends and I did a good job of keeping up our contact with one another once we’d graduated high school. We met regularly during our (at the time) ample breaks in libraries; we ate together, talked, and hung out. Many of us had classes together and traversed the same buildings throughout the day, and when it became clear that our collective involvement in more club and on-campus activities was making it more difficult to find one another, we created a group chat on WhatsApp to keep in better touch. (This is something I highly recommend, by the way, especially if your friends move out of your city or state and are otherwise out of your reach physically. During exams and hard days, sometimes this group chat and the support of my friends—even if it was only through text, photos, and memes—would make everything feel easier.) It seemed that although we no longer had designated lunches and bus routes together like we had in high school, our lives were still fairly intertwined. This closeness made me feel warm and safe for the first difficult year of post-secondary education.

The first year of university is something special—it’s when discovery and exploration is at its peak, and lots of people—most, I’d say—try their hand at new subjects to find out whether or not the major they went into university thinking was perfect for them actually fits the bill. Everyone moves closer, at varying paces, to finding out what path is right for them, whether that’s changing their program of study, transferring to different institutions, or deciding that post-secondary isn’t quite right for them. And as people inch nearer to determining exactly who they are and who they want to be, that narrows the focus of (if they’re pursuing post-secondary education) their studies. Someone who started out taking a bunch of arts courses—design, English literature, anthropology, sociology—might zero in on their newfound and enduring love of painting; someone who took a bunch of science courses might try an economics class and unlock their passion for market forces. All these things are wonderful, but they do separate the path of one person from another—a melancholy, beautiful inevitability of growing up.

This inevitability is encroaching on me very gradually, but I’d still say that my friends and I are close. Though we can’t necessarily complain about the same classes or compare professors anymore, we still make an effort to talk and see one another, and that’s the real key. It helps me realize, every time we meet for a quick chat or to grab a drink at Tim Hortons, that although “grown up” friendships—ones that have changed with time, growth, and life—don’t have the same qualities I’m so accustomed to from my high school relationships with these same friends, they’re not worse—just different. We can’t shoot the shit over the same stuff, but that doesn’t mean we have nothing to talk about, or that our friendships should just collapse—not at all. It’s a difference I’m still uncomfortable with, but I’m willing to tentatively put my toe into this strange new realm—after all, my friends, my tried and trues, the ones who have been with me through this whole unfamiliar roller coaster—are worth it. ♦