Tips for having open and honest conversations. 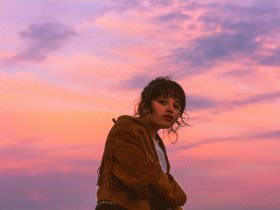 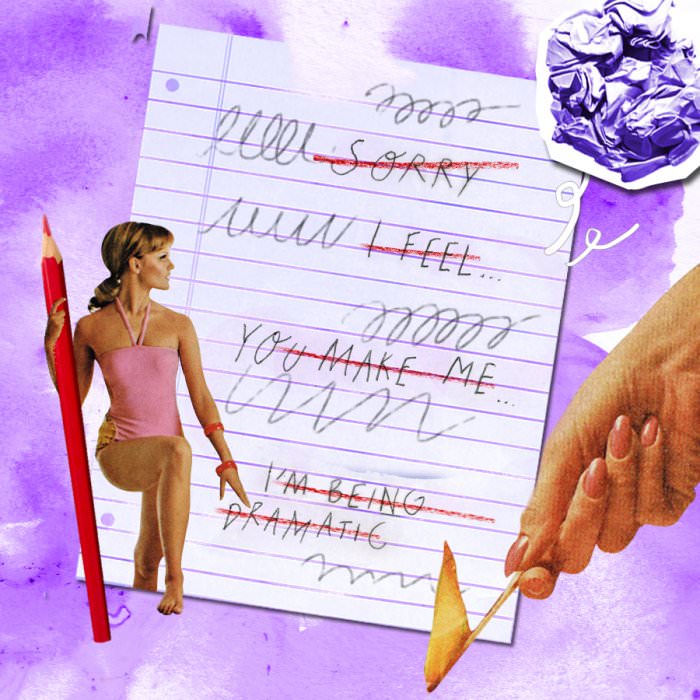 It’s tough enough for us to understand our own feelings, but after forming close relationships (platonic or romantic), we quickly learn just how complicated it can be to recognize, process, and then communicate these feelings to others. I am, by nature, fearful of confrontation and nervous about expressing “negative” feelings. A few weeks ago, I went out to dinner with a friend who (unintentionally) made a comment that hurt my feelings. I had been sad and silent for what felt like FOREVER (in reality, it was probably 45 minutes) when I finally took a deep breath in, looked at him, and said, “Okay—urgh, sorry!! It’s just that, that thing you said earlier hurt my feelings and I think you should know. I’m sorry!! God, I’m being so stupid. Let’s just forget I even said anything.” To which he was 1) confused and 2) even further confused as to why I didn’t bring this up after the first sighting of hurt feelings in the distance.

Telling someone they’ve hurt my feelings is a pastime that I do not enjoy and am not very good at. I am a chronic feelings-hider and would rather suppress my hurt, channeling the “Cool Girl” monologue from Gone Girl, rather than explain what’s going on in my brain. However, the past couple months, I’ve been trying really hard to be a better communicator and have done my RESEARCH! If you, like me, have difficulty owning your feelings and then communicating them to a friend or romantic partner, don’t worry! It’s all a learning process and, when we recognize that it’s not about avoiding conflict, but rather, navigating it in an honest and tender way, our relationships with others (and ourselves) become so much more fulfilling. Without further ado, here are some tips that will take you from confrontation-avoider to full on drama queen…or just, like, someone who’s comfortable having an open and honest conversation.

Speak up right away!
“Riva,” my friend said, “next time I say something that hurts your feelings, just tell me right away.” Could it be that simple? Someone hurts your feelings and you just tell them ASAP; skipping the tense silences and toxic internal monologue? “Sure,” I said, “I’ll try that.”
There is a direct correlation between the amount of time you hide your feelings from your partner and the time it will take for you to feel better. It can be SO tempting to get quiet and sink into the hurt, but this response will only prolong your hurt feelings and intensify them until your sadness bubbles into anger! As soon as you feel hurt, tell them. Ask for clarification! I can’t tell you how many times I’ve let things sit when I could have spoken up and cleared the air right away. If you’re surrounding yourself with people who love you, they won’t intentionally hurt you, and thus, most hurt feelings will come from a miscommunication. All you have to say is, “Wait a minute, what do you mean by that?” and then your friend will explain and you will feel at peace knowing you saved yourself 45 minutes of uncomfortable silence!

Unfortunately, there may be times where the inciting incident is so painful, you won’t be able to ask for clarification immediately. If you feel like the conflict is serious enough to warrant a couple of days for thoughtful reflection, trust yourself, and calmly explain to them that you need space. You can always ask for clarification later—besides, open communication works best when you actually want to hear what your partner has to say.

Honor your feelings!
I don’t think I’ve ever had a conversation about how I feel without using the word “sorry” at least twice—once at the beginning and another, for good measure, at the end. Using the S-word suggests that honest and open communication is something you have to apologize for, which is SO NOT TRUE. Unlearn the bad habits we’ve been subconsciously taught! You’re allowed to take up space and ask for things from others, and you’re not being “overly sensitive” because your feelings were hurt. Apologizing minimizes your feelings, which isn’t something we want when we’re taking a truthful approach to conflict. Pro tip: if you’ve avoided apologizing at the beginning of the conversation, and the problem has been resolved, avoid the urge to say it at the end. Just because the situation has cleared up and your hurt feelings have subsided, doesn’t mean you should feel guilty for honoring your feelings in the first place.

Use “I feel” statements and avoid “you make” statements.
I know, I know, cliché as heck, but this hot tip has been around for so long because it WORKS. If the conflict is fairly straightforward, you can think of it like a fill in the blank: “When you did/said ___, it made me feel ___.” “I feel” statements can be a bit awkward to use at first, but, because they’re so simple, are a great way to clearly and effectively communicate your feelings. Be sure to be specific. For example, just “mad” leaves things a little too open to interpretation, leaving your friend to assume how much the interaction actually affected you. Do you mean full-on hulk-smash-angry? Or just a little irritated? Here is a list of emotions that you may find helpful to peruse if you need inspiration! Remind yourself that the person who hurt you isn’t a mind-reader (no matter how badly we wish they were); they don’t know what’s going on in your head unless you tell them. On the other hand, avoid using phrases that begin with “you” (like, “You made me feel___!” Or, “You always___!”) as they place blame on your partner and may make them feel attacked.

Being honest with another person is tough. We don’t want them to feel accused, but we want them to understand the seriousness of our hurt. That’s why being specific about your feelings, using more I’s (while avoiding the you’s) can make the painful process of honest conversation easier—and, dare I say it, rewarding.

Trust yourself.
There isn’t a formula that you can plug into every serious conversation and voila! Problem solved! Nothing was even wrong in the first place! There are just too many variables—the relationship with the person you’re talking to, the context of the conflict, the degree to which you’re hurt. It’s for this reason that trusting yourself and listening to what your gut is telling you are so important.

Be aware of how the person you’re talking to is making you feel. Are they invalidating your feelings? Is this the first time you’ve had to ask them to change their behavior? Do they seem concerned about making you upset? Depending on the answers to these questions, you may need to take more serious action: reevaluating how much energy you’re willing to put into this relationship.

Important: sometimes wanting the best for yourself can mean knowing when not to trust yourself. We generally see feelings as being honest reactions to another person’s actions. But there are times when we react negatively to something solely because of our own insecurity, or just something else we’re dealing with that day. This is known as projecting, and it’s a habit we want to avoid when we’re aiming for honest communication! It can be hard to know the difference between projecting and feeling truthfully. In those cases, consider the context. Are you upset by their comment because you’re on a first date and you don’t really know them so you’re already a little on edge? How would you have reacted if a friend had made the same comment? Is this a subject you’re already sensitive to? Yes, we want to give weight and validity to our feelings, but this isn’t not that! It’s just knowing where the weight comes from, so we can better know ourselves.

Communication is a balancing act. You need to be aware of how your feelings are being received and respected, while receiving and respecting the feelings of others. You want to give validity to your hurt, but you have to remain adaptable if you’re going to reach an agreement. It’s all a little complicated. However, it becomes a lot simpler when we agree to be open, authentic, and vulnerable with those who have hurt us. It’s so easy to play games, to sit in the hurt, to avoid confrontation as a defense mechanism for us and a punishment for them. But relationships become so much more gratifying and fun when we are honest about how we feel. Honest communication doesn’t only bring forth the satisfaction of a healthy relationship, it presents an opportunity for growth as a person. We’re teaching others how to care for us, while learning how to care for others: an act that can illuminate parts of our emotional being we didn’t have access to before. In creating a relationship where hurt feelings can exist, we lighten the anxiety and strengthen in love. Communication is, like almost everything else, practice: it gets easier the more we do it, so venture fearlessly into the realm of open and honest dialogue. You’ve got this. ♦