Why Can’t I Be You: Tessa Mayerick

The humanitarian on activism and commitment. 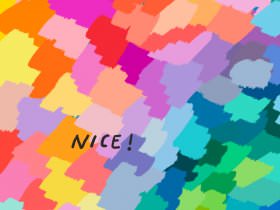 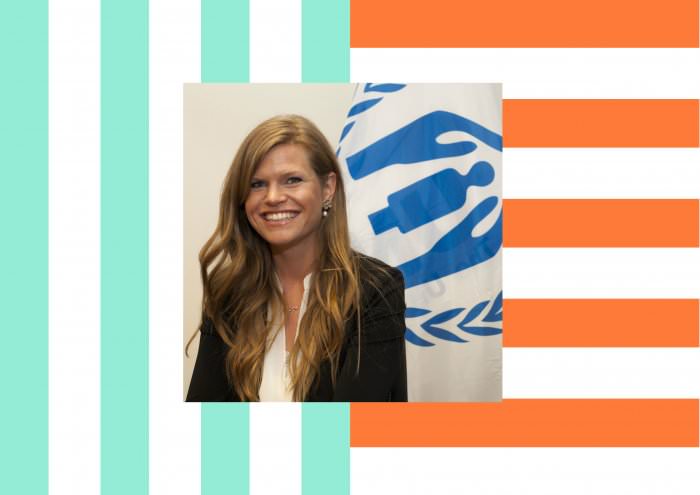 Last week, Tessa took a break from her hectic schedule to chat about social media activism, the importance of committing yourself fully to every job, and how the United Nations Refugee Agency has changed under the Trump presidency.

ANNA WHITE: As the assistant external relations officer at the United Nations Refugee Agency, what specifically does your job entail?

At the core of everything that we do is making sure that the people who have to flee their homes due to war, violence or persecution have not only the legal but also physical protection. We set up refugee camps and we serve people who live in urban areas. My job here in Washington DC is to advocate on behalf of UNHCR, refugees and displaced persons all around the globe.

I spend my days answering questions from the United States government on our work, and on refugees and displaced persons themselves. I cover the globe, so any given moment in the day I will be giving updated information and briefings on global refugee crises.

How has your job changed under the new presidency?

I think my job in some ways has changed, and in some ways hasn’t changed. I know there’s been a lot of discussion about refugees—should they be coming here to the United States, should they not be coming here, how should governments around the world keep helping them—but, you might be surprised by the incredible political support we continue to receive here in Washington DC.

I think a lot of people read headlines and they see politician’s’ quick quotes, but when you talk to some of the members of Congress and speak to a lot of the staff members that advise them, there’s still a lot of humanitarian support up on Capitol Hill. Sometimes if I have a rough day in the office, there’s actually nothing better than going up to the Hill and meeting with the people that work there, and convincing them of the need to support South Sudanese refugees, the need to support the people fleeing Venezuela, and people that are fleeing Iraq and Syria and Libya.

I’m actually really inspired here in DC, and I know that’s probably an unusual thing to say, but humanitarian work is still very bipartisan. I think the political winds have changed a little bit, but I’m honestly very encouraged by what I’ve heard here in DC. It might be behind closed doors, but the support continues to be there, at least from where I’m sitting.

It is! And in terms of support for our organization, the new administration has given strong signals off for overseas refugee assistance and protection within the first few months of its term. The U.S. remains the largest humanitarian donor in the world supporting agencies like UNHCR that are saving lives, assisting and protecting the most vulnerable, and helping promote stability in unstable regions.

No! And that’s why people like me and our little team here, our jobs become even a little more needed at a time like this. I think before, a lot of the refugee programs were on autopilot, and now we need to remind people why they are so important and relevant to their lives.
We need to make the argument a little stronger than we did before. We need to be talking more about refugees, we need to be talking more about displaced people, and how it truly is a global crisis—there are 65 million people around the world who are displaced. The numbers are absolutely staggering, and this can be sometimes overwhelming, but I think here in DC we really bring it down to each country, each region, each family that needs our support.

That makes a lot of sense. But more about you in particular and less about the organization itself—how did you get into working with the United Nations Refugee Agency?

I had a little bit of an international background growing up as a kid—I’m originally from the Netherlands, but I lived in Europe through middle school, then I came here to the US—my parents moved quite a bit. I was really drawn to the United Nations as a kid—we didn’t have model UN at my school, like all the American kids did, but I took some political science classes at University. I went to Queens University in Kingston, Ontario in Canada, and I took some political science classes and really enjoyed learning more about the American political system; I just thought it was fascinating.

I really liked the three branches of government and the structure of Congress, and I ended up working and volunteering for a political campaign for a member of Congress running for Senate in Florida. I really just loved politics and I was always drawn to international work. and I just frankly got lucky. There was an advertisement in a newspaper for a secretary position with the United Nations Refugee Agency, and I responded. I started out as a secretary and now I’ve been here for about 12 years.

Thank you! I think it’s so important to do something that motivates you and lets you make a meaningful difference in the world. It’s hard for me to imagine being anywhere else.

Do you feel like your background, both growing up and studying internationally, informs your perspective on US politics and your UNHCR work in a different way than your colleagues’?

Yes! I think a really interesting part of my job is translating what happens here in the United States to people we work with globally, and vice-versa. I explain to our headquarters in Geneva and tell them, “This is what’s happening in the US, these are the things we should be paying attention to, these are the political developments etc.” My job is to be a little bit of a translator. And vice-versa, I explain to people here in the US government about political developments in countries that can be of relevance to the US, displacements, and their potential impact here domestically.

I spend a lot of time explaining other sides to each other, so maybe that’s where me growing up as a kid that got moved quite a bit really does come in handy, some of those skills. But I meet a lot of really incredible Americans that grew up in Idaho, or Louisiana, and became humanitarians. I don’t think that just because you have an international background necessarily brings you a unique perspective that you wouldn’t have had otherwise.

I am so amazed by the interns that walk through our office every semester, just so many that are coming from all across the US and that are inspired by the news, that are inspired by the stories they’ve read. I think especially now with social media the entire world is so connected and people can truly follow along—I think these days you can really see young people being absolutely inspired and motivated, and they are able to act even from their small towns and states. It’s really incredible because the world is so much more connected.

Do you feel like your job has changed with the increased presence of social media activism?

I think it has, because people have read more stories. Displaced people, they can be their own voice and advocate now. I can walk around Capitol Hill with a suit and heels and I can read all the incredible talking points, but there’s nothing stronger to echo my message than the voices from these displaced people themselves. It makes it more personal.

Definitely! I think that’s the best part about social media, how it creates a platform for so many more voices

Yes! And also to make you feel like you’re not the only one. With social media, a lot of displaced people feel like the world is watching, like the world cares, like they can connect—I don’t know, it just feels more united I think, and that’s part of our work, right? That’s one of the reasons we have organizations like the United Nations, where we can all kind of be connected and moving towards a united goal. In the end, it’s the voices of refugees and displaced people themselves that are the strongest advocate for that.

What advice would you have for Rookie readers that aspire to have similar jobs to you, that want to work with refugees or work in politics and make global change?

I guess my biggest advice to people would be, whenever you get a job, whatever job it is, work really hard in that job. I think sometimes people are really eager to get to the next step quickly, and I think it’s really important to devote your energies and show the people around you: that job at that time is what you’re taking the most seriously, and that’s what you want to do.

I also always tell people to read—read all different sides; don’t just read one type of media or source, read different opinions from different people and try to make up your own opinions. I also think it’s really interesting to listen to the news from different countries if you want to go into international relations or humanitarian work; I think it’s so important to get different global perspectives which can be really valuable to the work that we do. Just because you’re in the United States doesn’t mean you should only be consuming American news; I think it’s really helpful sometimes to hear what other countries are going through and experiencing.

And finally, work really hard—I think people quickly get frustrated these days in jobs, and people change positions a bit more than maybe when I started out, but I think the impression that you make on your colleagues and your supervisors or bosses are so important, because those are the people that are going to be your support team for the next thing up.

I would love for young people to get involved with humanitarian work. If people ask how can they help, how can they already do things for refugees without being able to work in a refugee camp in Jordan, for example, there are refugees being settled in the United States from all over the world, and then integrated into local communities, and people can volunteer at local resettlement agencies and meet people and learn more about what it’s like to be a resettled refugee—so many resettled refugees in the United States have incredible stories. There’s so much people in the United States can do, and I think if people are wanting to be inspired, they don’t need to look far to meet refugees and hear their incredible stories. ♦

humanitarian work tessa mayerick unhcr why can't i be you