Patti Cake$: An Interview With the Cast

A chat with the film’s director and stars. 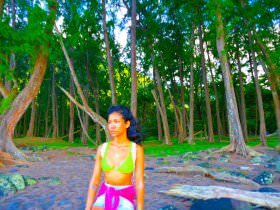 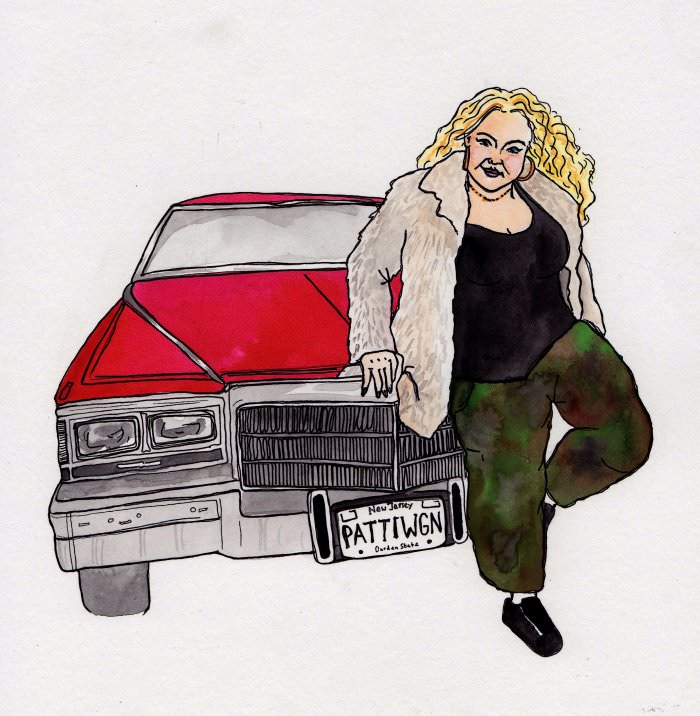 Patti Cake$ is a music movie that feels more like a superhero movie. I fangirled over it last month in my introduction to this playlist, in which writer/director Geremy Jasper shared the movie’s sonic fairy godparents. But because my obsession knows no bounds, I also interviewed Geremy and the cast. Normally, I feel like only one person gets to be a movie’s heart and soul, but in this case, it’s the collective: Danielle MacDonald, Cathy Moriarty, Mamoudou Athie, and Siddharth Dhananjay. (Bridget Everett is incredible in the role of Patti’s mom, but couldn’t make the interview. Luckily, she spoke to us back in 2015 about her other life as a cabaret performer.) Read on for lessons in faking it till you make it, building worlds through art, and the freshness that comes with inexperience.

TAVI GEVINSON: Geremy, what inspired such a unique character?

GEREMY JASPER: I grew up around strong, tough Jersey women who thought they were the shit in a very hip-hop way. Hip-hop was my first musical love and would lead me to becoming a musician. It was my initial inspiration when I heard it at nine-years-old. Run-D.M.C., the Beastie Boys, LL Cool J. It’s kind of the second wave, but it’s when things really started crossing over into the suburbs of New Jersey and opened me up creatively.

When I sat down to write my first script, I already had the idea for Patti as a character. I had imagined her probably 15 to 20 years ago, and said to my friend, “There’s going to be a big girl from Jersey that takes over the rap game.” There’s something about that attitude and self-confidence, and there’s also something really beautiful about hip-hop where rappers take what would maybe be considered limitations and then suddenly they become superheroes. They brag about things that normally would maybe be embarrassing or something. Biggie Smalls can be a sex symbol; why can’t Patricia Dombrowski?

Patti gets pushback on both sides. On one hand, you have her mom and the mom’s cop boyfriend making racist assumptions about rap. And then you also have the rapper, her hero, O-Z, saying, “You’re a culture vulture.” I wonder how you approached this as there’s been so much discussion about what people are allowed to like or make based on their cultural background.

GEREMY: The casual cruelty was always a part of the film. Those are voices that I grew up around and really pushed me to want to get out of Jersey. It’s like, they’re saying horrible things, but like, in a talk-soft way. It’s also a generational difference between Barb’s generation that grew up on rock ‘n’ roll, or metal or guitar rock, with white heroes. And Patti’s generation, where hip-hop is the rock ‘n’ roll of this era.

They just had that report, it’s the most listened-to genre of anything in this country. I was always channeling my love and respect for every aspect of the art form. When you live in the suburbs, people aren’t making stuff. There’s a very narrow idea of what you can do, and you’re kind of following in your parents’ footsteps, who followed in their parents’ footsteps. And so anything you’re learning about the world is coming through the TV set, the internet, or the radio, and that’s hip-hop for these kids. And like, those are their idols. That’s why O-Z is a god.

I think every artist and every singer kind of mimics their heroes for a long time. Bob Dylan used to sound like Woody Guthrie, and Bruce Springsteen sounded like Bob Dylan. And so, in that arc of Patti’s story, she’s pretending to be somebody else for a lot of the film. She’s wearing the lyrics and the hip-hop clichés and motifs, but she’s hiding, and she’s not being herself. That’s what O-Z is calling out. That rhyme that she does for him is a lie, you know? She’s not talking about her own experiences. When someone’s posing, that’s a problem. When someone’s respectful to an art form and expressing their own experience through it, then it’s cool.

Have any of you ever had to adopt a kind of alter ego for confidence?

MAMOUDOU ATHIE: Oh, yes. [Laughs] I’m sorry, I just feel very strongly. When I first started acting, I was so self-conscious. I just acted like I was good at acting and fooled myself into believing it. Then, I’d get better at it eventually. I remember that bravado that I initially had, because I just had to fool myself.

DANIELLE MACDONALD: I was incredibly shy when I first started acting. And then I did a play at the end of that year, and it was kind of the funny character, and all of a sudden, my classmates were like, “You can talk, so now you have to.” And it was almost like being able to channel who I am through a character helped people see me, and then I was able to be more me.

How did each of you find the project and what did you connect with about it?

CATHY MORIARTY: Geremy had written and directed a short called Outlaws, [which I did] with David Beckham and Harvey Keitel, and Katherine Waterston who—I’m like this, man. [Mimes texting on her phone.]

GEREMY: She smoked a cigarette with Dave Chappelle.

CATHY: I’ve been around a long time. You didn’t see him outside just now?

CATHY: He was smoking a cigarette! Having a little chat. Telling him about the movie. Taking a picture for social media.

DANIELLE: She should be the film’s publicist.

CATHY: Well, I had to tell him about the movie, right? Anyway, I had the honor to work with Geremy. And I just saw how visual he was. How calm. How precise he was that he knew exactly what he wanted. He kept looking at me, and he’d get choked up and stuff. I was like, “What is going on with you?!”

GEREMY: I got really emotional when I met Cathy. The first day on set, we were shooting in a diner and I kept imagining her as Nana, even though she looked nothing like Nana. She had the voice of Nana, and the soul of Nana. I just started crying.

CATHY: He said he had this script he was working on, could he send it to me when he was done? I was like, of course! I couldn’t put it down. It was like a magnet. It was the most special piece that I’d read in so long. So, he called me up and said, “We have no money.” I was like, “What else is friggin’ new? For you, Geremy, I will do anything to work with you again.” Even if it sucked, I would have done it. [Laughs]