How Do You Know the Raincoats?

An excerpt from a new book by Jenn Pelly. 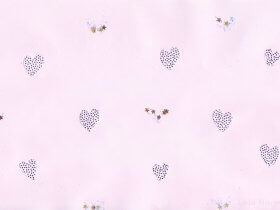 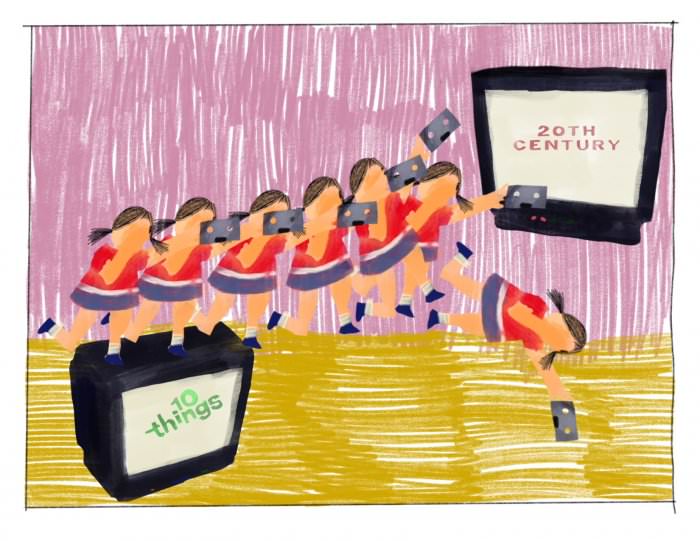 The first album from British punk band The Raincoats came out in 1979 on the legendary Rough Trade Records. The band—Ana da Silva, Gina Birch, Vicki Aspinall, and Palmolive—were the first group of punk women to actively call themselves feminists, paving the way for the riot grrrl movement decades later. In this excerpt from a new volume in the 33 1/3 series, author and Pitchfork editor Jenn Pelly explains how The Raincoats came to be name-checked in the 1999 blockbuster 10 Things I Hate About You, and what they mean to fans today.

That the Raincoats should never be a household name is unsurprising. But those fated to miss the band might, by serendipity, still have heard of them. The year 1999 brought a brilliantly odd twist of fate; the Raincoats were mentioned in one of the most inescapable teen blockbusters of the ’90s. Behold: 10 Things I Hate About You.

The movie was intended as a feminist retelling of Shakespeare’s The Taming of the Shrew. Set at a high school in the suburbs of Seattle, its plot is charmingly convoluted. 10 Things centers on an antisocial rebel girl named Kat (Julia Stiles) who dreams of attending a liberal arts college in New York, of buying a guitar and starting a band. She protests the “oppressive patriarchal values” of her high school—how the “abusive alcoholic misogynist” Hemingway is taught over Simone de Beauvoir—and generally rejects her peers and “the pathetic emptiness of their meaningless consumer-driven lives.”

At school, a fellow outcast, named Patrick (Heath Ledger), is paid off to try winning Kat’s affection. When he discovers that Kat’s primary interests are “Thai food, feminist prose, and angry girl music of the indie rock persuasion,” he responds sorely: “So I’m supposed to buy her some noodles and a book and sit around listening to chicks who can’t play their instruments?” One night, Kat’s favorite rock band is playing at the local Club Skunk, and Patrick follows her there. When Kat goes to buy a water bottle, she sees that—to her disdain—Patrick is sitting at the bar, waiting.

Kat: If you’re planning on asking me out again, you might as well just get it over with.
Patrick: [loud music] Would you mind? You’re kind of ruining this for me.
Kat: You’re not surrounded by your usual cloud of smoke.
Patrick: I know, I quit. Apparently they’re bad for you.
Kat: You think?
Patrick: You know, these guys are no Bikini Kill or Raincoats, but they’re not bad .
[Patrick leaves the bar. Kat, looking flummoxed, follows.]
Kat: You know who the Raincoats are?
Patrick: Why, don’t you?

The Raincoats are a key; they unlock a shared secret. The band suddenly becomes a crucial part of Kat’s identity: prom-hater, Bell Jar reader, shit-kicker, iconoclast, Raincoats fan. The Raincoats are a turning point; the film’s direction changes once they arrive. A code is exchanged, and Kat trusts Patrick a bit more than she did before. There are so many questions one does not have to ask when the Raincoats are a mutual interest. “It’s kind of like the way you know you’re in love,” Kiwi Smith, co-writer of 10 Things I Hate About You, tells me, “is if you both know who the Raincoats are.”

“I wanted it to feel real and countercultural and obscure,” Smith says of the reference. “The Raincoats seemed eccentric and that spoke to me—feeling different. They sounded private and curious, like odd people, but very decidedly feminine. The way they dressed was simple, which was beguiling. The Raincoats were less like, ‘LOOK AT ME,’ which seemed to show there was room for every type of woman in this [feminist punk] movement. You could be a beautiful weirdo. You could be a mysterious woman from London just making your art.”

In early ’90s grunge-era Seattle, Smith was a self- described “eager budding indie rock girl” driving around in her VW Jetta with the windows down, thinking, “I’m gonna take on the world!” And her soundtrack was the Raincoats. She discovered them via a Sassy magazine interview with Kurt Cobain: “It was one of the first times that a male rock star was recommending all female bands in interviews—it seemed unusual.”

“When I was getting into the Raincoats,” Smith says, “I felt like I was getting ready to tell stories. I had something to prove, and I wanted to make female characters that could change someone’s life the way these female musicians were changing mine.”

After decades of obscurity, the Raincoats’ name had become synonymous with a kind of quiet art that is simply not translatable on a mass scale. 10 Things I Hate About You grossed over $8 million in its opening week—that the Raincoats would be mentioned in this film, exactly 20 years to the date on from their debut Fairytale in the Supermarket EP, is absurd. The Raincoats’ name landed in theaters just as their own story was becoming a classic tale: the humble and unlikely triumph of the underdogs.

Seventeen years later, in 2016, the director Mike Mills put “Fairytale in the Supermarket” at the heart of a scene of his film, 20th Century Women. Set in Santa Barbara, California circa 1979, 20th Century Women tells the tale of a chain-smoking, fifty-something single mother named Dorothea (Annette Bening), who raises her perceptive teen skater son, Jamie (Lucas Jade Zumann), in an unusual household. Dorothea rents rooms to two boarders, including Abbie (Greta Gerwig)—a twenty-something photographer who is eventually tasked with helping to raise Jamie. Delightfully, a central axis of the film lies in Jamie’s introduction to Abbie’s favorite punk records and feminist literature. Early in 20th Century Women, a bewildered Dorothea walks in on Abbie and Jamie sitting on the floor, listening to “Fairytale.”

Dorothea: What is this?
Abbie: It’s the Raincoats.
Dorothea: Can’t things just be pretty?
Jamie: “Pretty” music’s used to hide how unfair and corrupt society is.
Dorothea: Ah, okay so—they’re not very good, and they know that, right?
Abbie: Yea, it’s like they’ve got this feeling, and they don’t have any skill, and they don’t want skill, because it’s really interesting what happens when your passion is bigger than the tools you have to deal with it. It creates this energy that’s raw. Isn’t it great?
[Dorothea leaves looking lost.]

Abbie’s rapturous Raincoats monologue was inspired by Greil Marcus’ 1983 essay, “Disorderly Naturalism,” which served as liner notes for the Raincoats’ live cassette, The Kitchen Tapes. In it, Marcus unpacks how the music of the Raincoats captures “the process of punk,” defined as “the move from enormous feeling combined with very limited technique—more to the point, enormous feeling unleashed by the first stirrings of very limited technique.”

Mills showed the essay to Gerwig for the scene. “What Greta says in the movie is a processing of Greil’s process-of-punk piece,” he says, but according to Mills, the whole of 20th Century Women was inspired by the Raincoats. (The screenplay was nominated for an Oscar.) “My film doesn’t follow plot structure strongly,” Mills says. “It is sort of open-ended, and everything about the Raincoats is open-ended. There is a wobbliness to the music on that first record. There’s something human and inviting in the fragility of it. In ways, in the writing, I was trying to do that, too.”

I often look to apply Raincoats logic to my life. Mills understands: “The Raincoats are so much about this beautifully flawed statement. In that way, they do echo the philosophy of this film, which is trying to promote these imperfect connections between people, and imperfect people generally. Everyone can’t be who they thought they were supposed to be, or who they want to be. But within that mess, there are some nice moments of connection, or little moments of grace. I feel like the music is doing that same project in a different way.” ♦

Jenn Pelly is an editor at Pitchfork. Her writing has appeared in Rolling Stone, SPIN, and The Village Voice. Her book, The Raincoats, was published by Bloomsbury Academic on October 5, 2017.