Facing grief after my father’s death from AIDS. 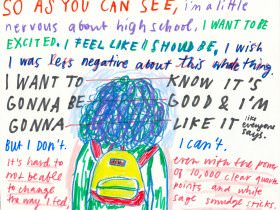 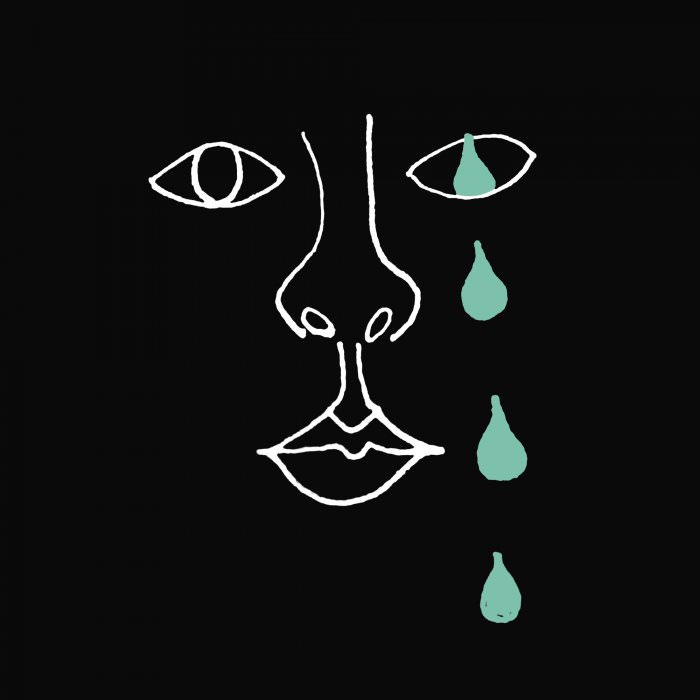 It’s Sabrina’s face that ripples across my memory. Her tight ponytail and olive skin, her mouth agape in an expression that mirrors my own interior state: stunned shock, sorrow. Her glassy brown eyes, an anchor for me as I stand sobbing in front of half the high school, having just told a hundred-and-twenty fellow students how my father died a gruesome death from AIDS only eighteen months prior.

Earlier that morning, I had approached the head of the high school on a whim (I was a sophomore) and told her I wanted to speak about the loss of my father during the school’s weeklong sex education program. I wanted to share the details, I said, as a way to caution my peers about the importance of using condoms. On some only semi-conscious level though, I wanted to connect about this experience I had kept completely secret, to finally stop carrying it alone, but I had only the clumsiest of ideas about how to do that.

Because here’s the thing: at that point in time, I had never let myself feel my feelings about my dad’s death. The morning my father died, I did not cry. I was at summer camp, and after breakfast, the camp directors led me wordlessly to their cabin where they told me what I had already gleaned from our grim procession: he was gone.

We sat there for some moments. I might have laughed nervously. I might have seemed perversely normal. I know for a fact not a single tear was shed. I can’t remember whether the idea to call my mother was theirs or mine. It could have been either, given the numbness that spread through me like an inoculation against any sort of uncontrollable emotion. But call her, I did.

“Do you want to come home?” she asked. A long pause. “I don’t think so,” I answered. The thought of being surrounded by pitying eyes, by other people’s uncontrollable emotions, held zero appeal. “Are you sure?” she pressed, after worrying aloud that I might regret this decision later in life. I was sure. And she let me stay.

After lying to the girls in my bunk, telling them he had died of cancer because it was 1992 and AIDS was not a comfortable topic at ritzy sleep away camps like mine, I went and sat by the lake while everyone else played Bingo in the dining hall.

I looked out at the rain-soaked swimming dock and asked the sky for a sign. A sign that I would survive this loss and have a happy life? A sign that my father could still communicate with me somehow? A sign that I was capable of feeling anything besides this numbness that by then had permeated every cell in my body? I don’t know.

I wanted thunder or lightning. Maybe a large bird arcing from one end of the sky to the other with a mournful call. Something that would make me feel something when my emotions seemed to have vanished. All I got was drizzle on my forehead and the nagging sense that the other kids were watching me through the window, that I was now the subject of gossip.
Did you hear? Her dad died. Oh my God. It’s so sad.

This thought served to pave over my feelings even more. You expect me to dissolve into a puddle of grief? I won’t. You worry about how to talk to me with sensitivity? Don’t. The more I imagined people expecting me to have big, messy feelings, the more determined I became not to.
In a culture where the message to girls and women so often is: don’t feel, don’t appear weak, don’t cry, how do we become capable of experiencing and expressing deep emotion? Somewhere along the way, I got the message that strength was of paramount importance, and that strength and depth of feeling cannot coexist.

Now I’m standing there, in front of everyone. But I’m talking only to Sabrina. I’m telling her that my father was sick for five long years. I’m explaining that I had trouble sleeping under threat of the phone call that could’ve come at any time, telling me he had died. I’m trying to find words to describe how his legs, ravaged by grotesque purple lesions, withered into useless appendages he could no longer use. I stop short of relaying the time I pulled rubber gloves onto my shaking hands to empty his bedpan in the middle of the night. And my voice is cracking, tears are streaming down my hot cheeks. I am ugly-crying like no one has ugly-cried before.

Then, slowly, as I run out of words, as I realize I’ve said it all, which is more than I meant to, my breath begins to settle. My gaze widens beyond Sabrina’s face. I seem Tom. I see Josh, Marion. I see all the others I’ve known since we were five-years-old. I blink the tears away and look at them staring back at me. I read nothing but love on their faces. The heavy silence in the room tells me that we have all just been through something important together.

My new-age literate adult self can look back and identify this as the power of someone “holding space” for me. But even at fifteen, I could feel the significance of letting people into my own private pain. Finally, finally, I was free. No longer carrying a secret life around like a boulder. No longer afraid of judgment or pity. I was now, for the first time in my adolescent life, revealing more of my authentic self: daughter of a deceased gay man; deeply-feeling teenage girl who saw unspeakable things and lived to tell about it; person who can cry in front of other people and not meet her doom.

More than two decades later, after years of therapy, yoga, twelve-step work, visits to energy healers and the like, I was standing on a Brooklyn street corner when I got a message on my phone. A prickly sensation up the length of my spine. A wave of dizziness, and then the urge to vomit. My long-time mentor and close friend had died suddenly. I called my husband from the elevator of our building, not able to make it upstairs without telling him. I collapsed into tears as I stumbled through our apartment door.

In the days and weeks that followed, I sat and sobbed with his widow in their bedroom. I helped to plan his funeral. I went through his belongings and felt him come alive again through story and memory. I questioned the nature of death, of our life together as collaborators, of his life as an artist and father and man. I got to know him more deeply. I got to expand my gratitude for all he’d given me. I got to speak at his wake about how, for him, living a life absent of creative work would’ve been its own kind of death. I did all the things I did not do when my own father died. I felt all the feelings I had not felt. And another layer of the masks I made as a child fell away.

At times, it remains a challenge for me to acknowledge and share my truest, deepest, darkest feelings. The masks are still readily available, but they are also more easily discarded. What I’ve come to know is that the feelings they conceal are the wellspring of my creativity, my empathy, even my curiosity and passion. Without access to those feelings, I am not me and I have little to offer the people I care about, let alone the world beyond.

I didn’t get the magical bird or the thunderbolt that morning by the lake at summer camp, but, eventually, I got something richer and more enduring—a willingness to connect with other people, to be held by their compassion, and to let myself be seen. ♦

Emily Ziff Griffin is the author of the young adult novel, Light Years, which Simon Pulse/Simon & Schuster will publish on September 5, 2017.