Talk Yourself Out of It

Tips and tricks for keeping anxiety at bay. 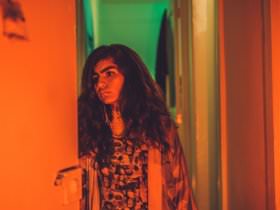 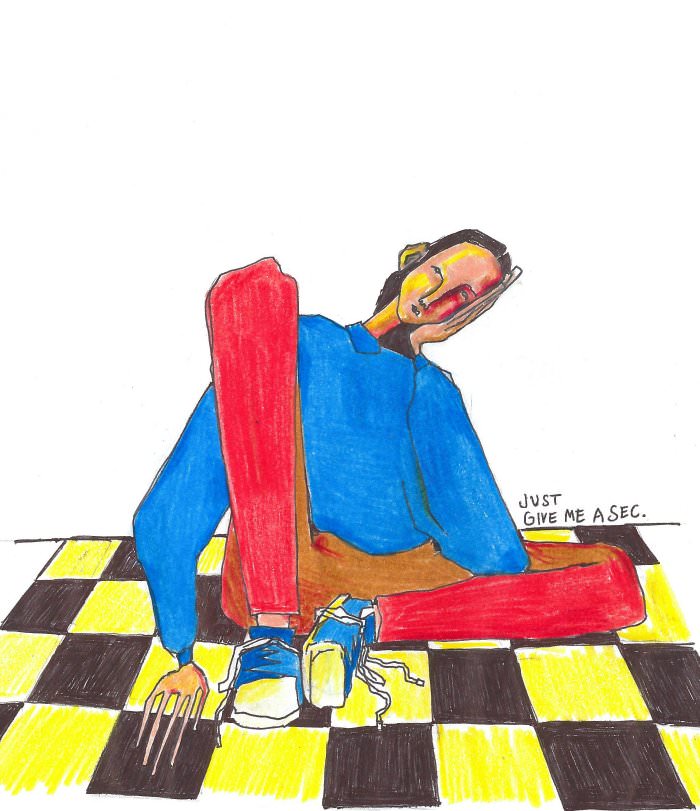 This morning, I looked at my planner and felt anxious and sick. I’d scheduled too many deadlines, made too many plans, and knew I was going into an even busier week where I wouldn’t have a lot of room to decompress. So, as one does, I lowkey panicked. I considered canceling anything that wasn’t 100% work-centric, debated whether I needed to sleep more than two hours a night, and assumed I was catapulting towards catastrophe.

But then I took three deep breaths, reminded myself to zoom out, and confronted my worst hypotheticals. And soon what felt like The Worst Case Scenario™ seemed like far less, and within a few minutes, I’d convinced myself I could make it through the rest of the week (and might even have fun). So here’s how to talk yourself out of an impending psych-out or anxiety spiral—or, at the very least, a way of bringing something that seems massive or overwhelming down to a manageable size.

Mentally confront your worst-case scenario.
Nothing sparks debilitating anxiety like thinking about everything that could go wrong. I get antsy when I’m not driving myself someplace, worrying that I might want to leave and not be able to right away. I get nauseous before public speaking, thinking about what would happen if I was actually coming down with the flu and how many people I would let down by bailing last-minute. And I spent my first flight—a less-than-two-hour-trek to Winnipeg—internally screaming, convinced I wouldn’t be able to find my friends in one of the smallest airports in North America.

But that’s the thing about the What Ifs—they usually revolve around what should seem manageable. So start by confronting them. Run down what could possibly happen if what you’re worried about comes to fruition, and then force those hypotheticals into a manageable size. Write down a what if, and then work your way down a sheet of paper, answering how you’d handle the worst case (and the next worst case and the next). Because that’s the thing about what feels so impossible: we can and will handle it should we need to. And now you have the proof right in front of you.

Take three deep breaths (or more if you need them).
It sounds boring and useless, but it’s the fastest way to diffuse panic, anxiety, and the physical symptoms that come with each. Last month, I was so nervous about hosting a Q&A that I started feeling lightheaded and nauseous on the drive in—and then more so when I got outside and it was hot, sticky, and terrible.

So, I planted my feet firmly on the ground, stood up straight, and took three deep breaths while reminding myself to concentrate on what I was doing, not on what I was going to have to do. Which you can tweak to suit your own train of thought. If conscious breathing doesn’t do enough to bring you back, look at what’s around you and identify it: a red shirt, a wooden table, a blue sky. Force yourself to recognize what’s happening and not what you’re afraid will happen. Suddenly, you’re going second by second, which is much more manageable.

Remember that while you may not control a situation, you can still control yourself. There’s a line that I love from Veep: “I’ve changed what I can! My reaction to things.” And while the character in question was talking about buying a Jeep he couldn’t afford (do not do that), there’s truth to the realization that regardless of how helpless you may feel when confronting an overwhelming situation, you are still the one who gets to control how you deal with it.

There are, of course, situations we have no control over. (Which especially sucks if, like me, most of your anxiety stems from being a control freak.) But if you’re facing them while taking time to breathe, to re-assess, to confront the worst case scenarios, you’re still reclaiming the narrative—and yourself—from the part of your brain that’s lying to you.

Remind yourself that it will never be this scary again.
But there’s even more room for your brain to go rogue when you’re facing something you’ve never done before. Which makes a lot of sense: the unfamiliar is daunting—even people who seem like the bravest or most unshakeable souls get intimidated by what they don’t know.

So talk yourself down with the reminder that it will never again be this scary. It will never be this unknown or so full of questions, or with so much room for the worst case scenario to dictate terms. Breathe, and remind yourself that by even edging forward, you are strong and you are doing it, and that in itself is a big deal. And then, remind yourself that the more you do it, the less scary it is. First days of school become old hat. First days at work are par for the course. First speeches, first exhibitions, first airplane rides. Experts in their fields always had to start somewhere. This is your starting place. ♦