The premiere of a documentary & a chat with the singer. 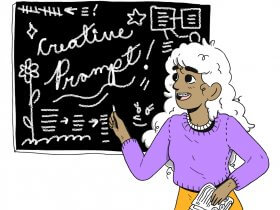 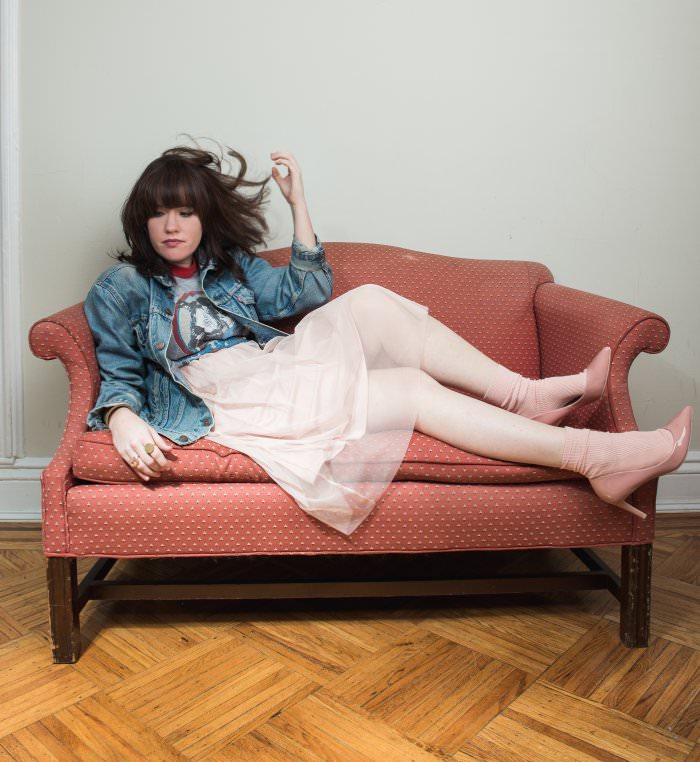 Years ago, Caitlin Mahoney began performing at open mics and working her way up to being a musician step by step. When it came time for the biggest step one can think of for a musician–the first album–she took to her loyal audience to fund the project.

The campaign was a resounding success and Mahoney traveled from one end of the country, New York, to the other, Nashville, to record the album. While it’s been years since recording that first album, speaking with Mahoney, it’s obvious that the trust her audience gave her still enlivens her new music. On the new album, story still left to be told, Mahoney’s musicality has quickly matured, and her intimate sound is more defined than ever.

In the mini documentary we’re premiering today here on Rookie, Caitlin and her team give us a look into what happens during the laborious process leading up to the record’s release. While the time in the studio is important, we also get many glimpses of Mahoney in New York City. While Mahoney isn’t originally from New York, it’s the place she calls home to her music–where she first became comfortable showing her music to others, playing in front of audiences, and eventually recording that music, too.

Ahead of the September 22nd release of her new album, we talked to Mahoney about her growth as an artist, being introspective, and crowdfunding.

RACHEL DAVIES: What was the importance of defining your career and your artistic process with the mini documentary?

CAITLIN MAHONEY: That’s a good question! A bunch of my favorite artists have done behind the scenes documentaries. I’m a huge Bruce Springsteen fan and I feel like he’s done a lot of behind the scenes stuff. I thought it would be really special to capture what is my favorite part of the process, which is the recording part. It’s such a special thing and it’s usually not the part that everyone sees. They get the final product, and that’s amazing, but there’s just so much time that goes into it. I thought it would just be a special thing to capture this time around.

So it’s been two years since your first album came out and I was wondering how your process has changed since first releasing that album.

I think the first album you have many more songs to choose from because it’s all of the songs I’ve written over the course of my life. They pile up a lot. [For] the second [album], I wrote all the songs with the intention of putting them on an album. I think they feel more cohesive. They feel like they tell more of a story. A lot of these songs were written on the road. In these two years, I’ve done a lot of touring in the U.S. and Europe, and I find that to be very inspiring, I find that to be a source of inspiration for me. Usually, I’ll have to pull over my car because it always hits me while I’m driving. Like a meditative feeling of driving. I’m writing down what I’m feeling because I can’t not. This is what I want to do, so there’s so much more intention.

Your lyrics are really introspective, and the musicality of the songs reflects this. Since they so well complement each other, I was wondering whether you were drawn to music making by songwriting or playing instruments itself?

Definitely lyrics. I’ve always loved English, I studied English at Florida State, that was what I got my degree in. I think there’s such a musicality to lyrics and words. Another favorite artist of mine is Sara Bareilles, and I feel like she is the master of finding musicality in words and syllables. Definitely, it would be lyrics first, then playing with how I can express those in music.

Your first record was funded on Kickstarter, and I think it’s so amazing that even without one prior record you were able to get that much support. Could you talk a little bit about that experience?

That was really special! It was very scary and very daunting. I had just gotten back from a tour in Europe, and I had read a lot about crowdfunding, it had just started to become a thing, and there were a lot of people speculating that it might be the future of music. I read a lot about it, and I think the part of it that resonated the most in choosing it was the connection that it fostered with fans. I feel like the 200 people that invested in that Kickstarter are still very engaged with me. They feel maybe a sense of pride in what contributing to that has done for my career. It was such a momentum builder for me. I wouldn’t be putting this record out, which is kind of my dream record if I hadn’t had that first experience. I’m still very proud of that record. The recording of that was in Nashville and it was during the last week of the Kickstarter. So just that energy from 200 people that really wanted it, enough that they would pay for it before it was even available, was so fueling.

It really was. There was great value in recording it in Nashville, and that was very intentional two years ago because New York was very comfortable. It was where I found permission–whether I found it for myself or received it from other people–that I could do music and perform and write songs in this way. It was what was comfortable, and the first record was going to stand on its own. I had to ask myself if I could go and do it in this other city that’s so musical. So then this one I was posed with the question at the end of my last record cycle, “What would you do if money was an object? What is the record you would make?” That’s how this record came to be. [Jeff] produced it, he’s one of my best friends, he started out as my guitar teacher and we still work together. It just felt like home. Everyone who played on the record felt like family.

Can you talk more about your experience with open mics?

Yes, I’m a huge proponent of open mics! Josh Ritter has a great article about making a life in music where he talks about the value of the open mic. There are so many benefits to it. In New York, big cities, really anywhere you can find an open mic, it’s such a good place to start. You get comfortable using a microphone and performing in front of an audience. It’s kind of a safe space because everyone’s doing it. Everyone’s trying to get up and get their two songs in. It’s also just great, some of my closest friends in New York also sing and write songs, and I met them at these events. It’s such a good place to try. The other secret value in performing at open mics is, for me when I was first writing songs, I could tell when something felt good but I wasn’t sure, so I would go and try it out. If I could get a room full of people who were kind of occupied with their performance to tune in to mine–if I could get those people to kind of leave their world and join mine–I knew I’d written a good one. ♦