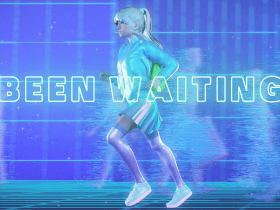 How to Design 3D Animation

It’s Messy: On Boys, Boobs, and Badass Women
Amanda de Cadenet
2017, Harper Wave
Despite the millennial pink cover, author Amanda de Cadenet isn’t sugarcoating anything in her new book, unabashedly titled It’s Messy. She would know, because she’s lived through many turbulent lives of her own as a young woman—she was a teenage runaway, she got locked up in juvie, got pregnant and became a young mom at 19, experienced domestic violence and sexual abuse, went broke—in addition to going through many of the same universal experiences that lots of young people also confront: sex, body image, drugs, love, career anxiety, etc. As the TV talk show host of The Conversation, de Cadenet brings readers into her personal world, in the same candor as her chats with some of the most successful and powerful women of this generation. And though de Cadenet is quick to admit that she was born into privilege, she’s had her share of screw-ups for merely living as a female-identifying person: “I believe now, more than ever, that anyone who identifies as being female will, at some point, face one or more of the following life challenges: gender discrimination, body anxiety, unwanted sexual attention or advances, various forms of addiction and heartbreak. There is not a career, relationship, or diet that makes you exempt from these issues. If there were, I’m pretty sure I would have discovered it long ago.” If you’re interested in how this woman has approached a non-linear life (so far), make Amanda de Cadenet’s book of essays your next read. —Jinnie Lee

A Burst of Light
Audre Lorde
2017, Ixia Press
The first edition of A Burst of Light was published in 1988 yet it reads as though it could have been written this year. In her forward, poet Sonia Sanchez writes to Lorde, “Your words explaining this American apartheid of 1986, still resounding in our 2017 ears.” Indeed, the content of Audre Lorde’s writings seems almost prophetic in this re-released edition. The essays in this collection of Lorde’s non-fiction work hit on race, intersectionality, politics, and illness and are a good introduction to her work for the uninitiated reader. In an era in which we watch Black lives be repeatedly denied justice, Lorde’s words serve as a map for the way forward. —Diamond Sharp

Spinning
Tillie Walden
2017, Roaring Brook Press
I always love reading about journeys through adolescence. Something about the discovery of new experiences and the sense of endlessness that characterizes that period of time is intoxicating to me, which is why I was so struck by Tillie Walden’s Spinning. In a word, it’s a gorgeous literary comic about ice-skating, yes, but look deeper, and it’s also about the pain and tenuous relationship many of us can have with the things—the people, the places, and the activities—we love. With her beautiful illustrations and impactful prose, Walden walks us through her path as a young ice-skater enveloped in a world full of competitiveness, struggle both internal and external, and the strive for perfection.

Ice-skating is laced throughout the book, but the reason I say that’s not what the volume is really about is that Walden makes it abundantly clear that the actual act of ice-skating—and the performance the audience sees in competition—isn’t necessarily something that comes entirely out of natural ability or even the number of hours spent on the ice practicing. Those factors count, but one of the biggest determiners of the landing of a jump or the grade on skating compulsories is the feelings of the skater: what is going on in their life, how they are coming to terms with what is happening around them. It’s what you don’t see. For Walden, it’s her ongoing struggle with coming out; it’s her strained relationships with some of the people she encounters most frequently; it’s her ever-changing and always-complex relationship to skating. By letting us as readers into this intimate portrait of her formative years, Walden lays bare the winding road to growing up and coming into one’s own. —Victoria Chiu ♦