Ask a Grown: The All-Stars

Advice that made Rookie history. 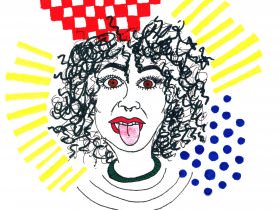 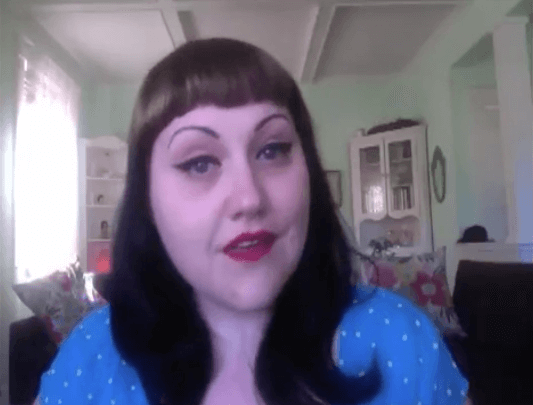 This month marks six years of Rookie, so we are taking a few strolls through the archives to look back on our finest moments. This is hard, because there have been 1000000000 of them (NOT TO BRAG), but after tricking a bunch of people who thought they were fulfilling jury duty into walking into a makeshift Rookie courthouse and debating the merits of various pieces of internet content for days on end, I am pleased to present: My ten favorite Ask a Grown videos.

For the unacquainted (or any of those poor jurors), Ask a Grown is a video series in which readers send in questions they have about life and love, and an artist, musician, comedian, writer, etc., whom we admire, answers them. There have been dozens, but these precious ten, in chronological order, were my very faves. Honorable mention: all the other ones. Thanks to everyone who’s trusted us with their questions, and to the Growns who took the time to give us all this thoughtful advice.

1. Hannibal Buress
In the first year of Rookie, we handed over the Ask a Grown reigns to Hannibal Buress, who both created a theme song and did the whole thing with a mirror effect on his webcam. In addition to being as funny as you already love him for being, he also makes direct communication seem extremely practical: “Just go do it. Go say stuff. If you wanna say something, go say it. If it sounds stupid, so what. It doesn’t matter. We all die one day.” He also recommends doing crack to convince another friend to stop smoking pot, which we at Rookie do not endorse.

2. Kumail Nanjiani
In which Kumail is introduced to the verb form of “babe” and admits he doesn’t totally know who Demi Lovato is. This is so sweet and caring, and to this day, I think about his distinction between the magical feeling of being in love and the myth that love is some fated, destined, soulmate type of magic. Plus, longtime Rookie writer Emily V. Gordon chimes in every now and then, because they are married. Perhaps you have heard of the summer blockbuster that they both wrote and in which Kumail stars, The Big Sick. The two answered some advice together, more recently, in this episode of the Rookie Podcast.

3. Steve Gevinson
“I’m best known as Tavi’s father, and I think it’s about time they got around to asking me.” I don’t want it to go to his head, but this one was genuinely one of the very best. “Steve” has raised three daughters, taught high school for over 30 years, and served on our town’s school board. He also started a journal-writing course at the school I went to, which I did not know when I started Rookie but made lots of sense once he told me. In this video, he starts with a science joke, implores a former classmate who he “hope[s] is still alive” to find him on Facebook, claims to be 39, and gets yelled at by me. That’s only in the first four minutes.

4. Atoms for Peace, aka Thom Yorke & Nigel Godrich
Many straight men have approached Ask a Grown like a funny older brother who’s weirded out by his little sister growing up and having crushes—and I love them for it. But the videos I still remember exact moments from tend to be more like this one: it’s a whopping 15-20 minutes long, includes a vulnerable admission, and you feel spoken to like a friend instead of an audience member. Of course I don’t expect anyone to share personal stories when they do these videos, but the one Thom shares about his insecurity as a teen takes the advice out of the abstract, and shows how things don’t just “get better” as you get older because time passes and you just forget about shit, but because you meet extraordinary people and gather tools and take advice that all make you stronger. It made me feel like they were not just fulfilling a request that came in through a publicist, but saw this as a chance to affirm and alleviate the struggles of that last question-asker.

5. Beth Ditto
“You can’t live your life pleasing other people, even if that is your mother.” Man. Even though I have seen this one many times and am very understood by the people in my life, Beth is so wise and direct that rewatching it feels like being seen for the first time. It’s not just her eye contact, voice, and demeanor; she’s really thorough with the advice she’s imparting. She talks through coming out, self-acceptance, being accepted by your family, slut-shaming, bullying, infidelity, and more. I also find it so endearing when she makes a reference to “going there” (like sex), chuckles, then apologizes.

6. Tig Notaro
If I had to pick just one, it would be Tig’s. I’ve consumed every podcast episode and stand-up special she’s ever made, and this little video encapsulates everything I admire about her. Rather than the two forces being at odds with one another, she is somehow able to use her dry sense of humor to create more warmth. Her advice to a reader about grieving the death of a parent has always stayed with me: “I’m certain other people in your life love you tremendously, and that’s where the love can go.” Make sure to scroll to the first comment on that post to see how that reader responded.

7. Stephen Colbert
Ugh, such a mensch, digging in right away to unpack the misogyny of teen boys. He is probably the only dad in the world who is not annoying when explaining why it’s reasonable for your parents to not let you sleep at your boyfriend’s house. I also really like how good he is at finding the asker’s answers in their own questions, which the best, most empowering, least projecting-onto-you advice always does. And, this was before he started doing The Late Show, so it felt like a special glimpse of him not in character as host of The Colbert Report.

8. Run the Jewels, aka Killer Mike and El-P
If they remade Sleepless in Seattle with these guys giving advice on the radio instead of some lady, Meg Ryan would totally ignore the call from the little kid, never give a shit about Tom Hanks, and fall in love with Killer Mike and El-P instead. I could listen to them for hours. Two more great advocates for direct communication, tackling tough subjects like dating with a big age difference. Be prepared for your heart to break in two when Killer Mike says, of guys, “We’re really the Rookies in a lot of situations.”

9. Julia Louis-Dreyfus
If she wasn’t so busy starring in one of the best shows on TV, I would ask Julia Louis-Dreyfus to record a bunch of affirmations for an app that would automatically download onto everyone’s phones, like that time U2 dropped an album by adding it to people’s iTunes without their consent. Three years of my life I’ve now lost trying to figure out how to delete Songs of Innocence from the Cloud. Maybe their hope was that people like me would eventually just get Stockholm Syndrome, but JOKE’S ON THEM, because I’m only attached to the stupid little album cover, and not the songs (of innocence) themselves. But if JULIA wanted to do that kind of thing, and talk like she does here about forgetting male approval and seeking hobbies that really light you up instead, I think people the world over would feel better about themselves and more excited about life.

10. Ziauddin Yousafzai
Another dad (Malala Yousafzai’s), also a teacher! He covers unpopularity and writing about oneself, and uses Paulo Coelho to answer the question I believe we get the most here at Rookie: to pursue an altruistic career, a practical one, or an artistic one? I defer everyone to him. “If you want to be excellent, you must be doing something you believe in, and you must do something you enjoy.” ♦